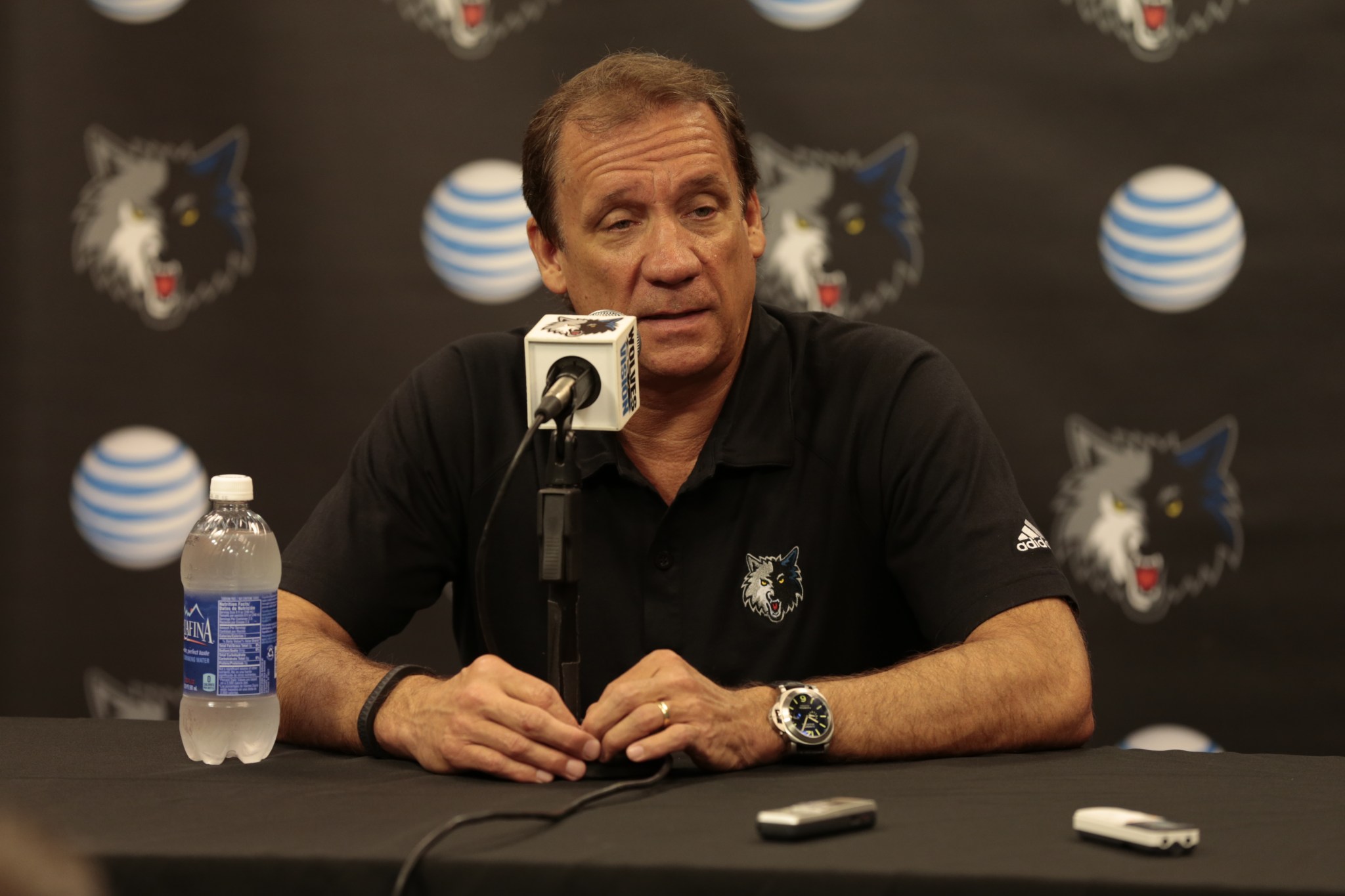 That’s right! He pulled the ol’ Cheney two-step on everyone. Various beat writers had hinted at this possibility over the past month or so, but now it’s real. Clark Kent’s about to step into the phone booth and save the Wolves himself.

It’s hard to understand the rationale here. Maybe he thinks this is the best way to convince Kevin Love to stay in Minnesota. Rather than hire some underwhelming retread like Vinny Del Negro, he’ll come down and connect with Kevin himself. Apparently they’ve had a decent relationship so far in Minnesota, so perhaps a winning season and a ton of facetime with Flip could help swing things in a better direction.

Here is where we take a moment to pray for Kevin Love, Ricky Rubio, and the people of Minnesota, because god, that last paragraph was depressing for everyone involved. For Love, facing the prospect of going through the motions and losing one more year of his prime; for Rubio, watching it all happen; and for the people of Minnesota, who deserve so much better than this.

If Flip Saunders were an NFL coach, who would he be?

I spent 10 minutes debating between Gary Kubiak and Wade Phillips here, but either way, you get the point. 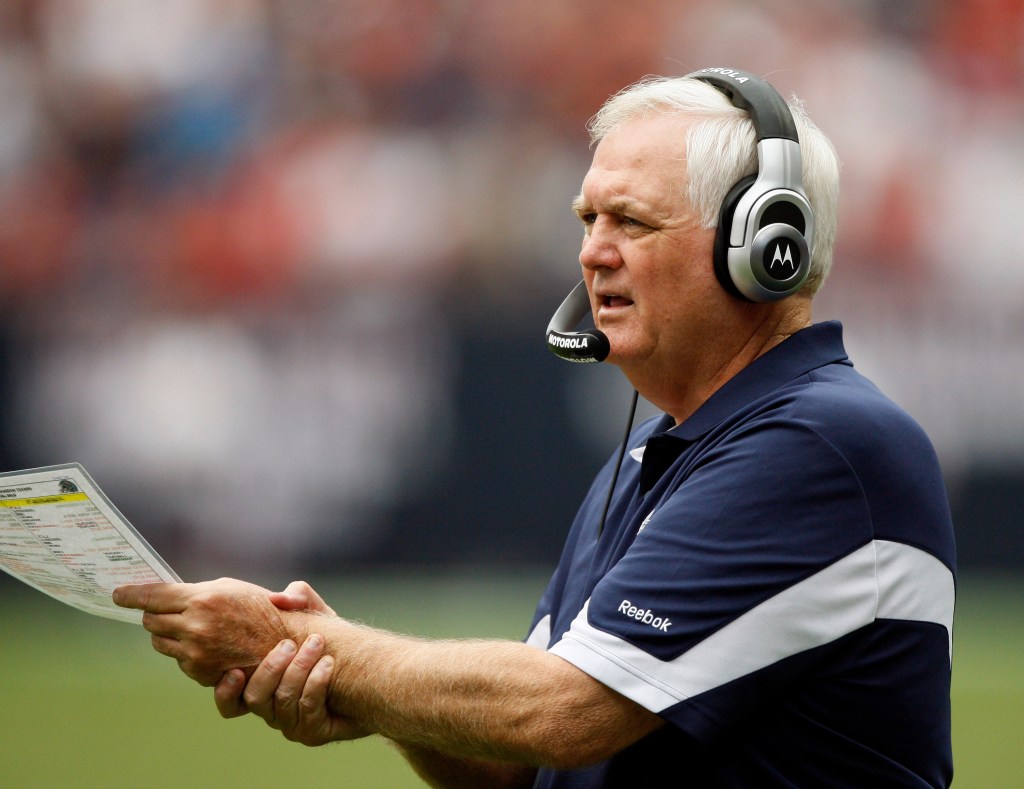 So, wait, back to the big picture: Does this mean they’re not trading Kevin Love?

He’s not terrible. He’s not great. So maybe “good” is just about right. Or “solid.”

We’ve all gotten very good at criticizing basketball coaches on the Internet, but Flip knows more about the game and how to manage a team than most of us ever will. He started with the Wolves back in 1995, and within a few years, he helped shepherd the KG Wolves to the playoffs every year. They lost in the first round for all those years except one — the Sprewell/Cassell fever dream — but still. He’s not horrible. He took over the Pistons after he was done in Minnesota, and they won 64, 53, and 59 games, respectively, in his three years there. If Flip the GM can field a good roster, he can at least trust Flip the Coach to not screw it up.

So this isn’t that horrible, is it?

It’s still pretty bad. If the Wolves green-lit this decision with Kevin Love in mind, it bears repeating that Love’s almost definitely leaving Minnesota. We know this.

If the Wolves think Flip’s the right man to lead the rebuilding effort, they need only look at his record in D.C., where he oversaw two horrific seasons — 49-115 — and players like Andray Blatche, Nick Young, and JaVale McGee didn’t get any better, and maybe got worse, because they had absolutely no accountability to anyone on the coaching staff. Trust me, I lived through this. Regardless of what you think of Blatche, JaVale, or Swaggy, their entire careers could have been different if they’d had a little more direction in their first few seasons.

Flip’s a solid coach to sit back and watch veterans handle business — his best years came with Sam Cassell and Sprewell in Minnesota, and then those Pistons teams — but as far as actually coaching and turning young players into weapons, his track record’s sketchy at best.

What are some good Flip Saunders stories from the past?

This one popped up on Twitter today, and you’re not going to do better than Sheed. From Woj in 2010 (via @AminNBA):

Well, the Pistons players tell the story of Rasheed Wallace calling Saunders the “worst [bleeping] coward I’ve ever seen” after a loss in the 2008 Eastern Conference playoffs. Everyone was there. Everyone heard it. And nothing. Saunders took it, and watched his credibility and command of that team die a little more. 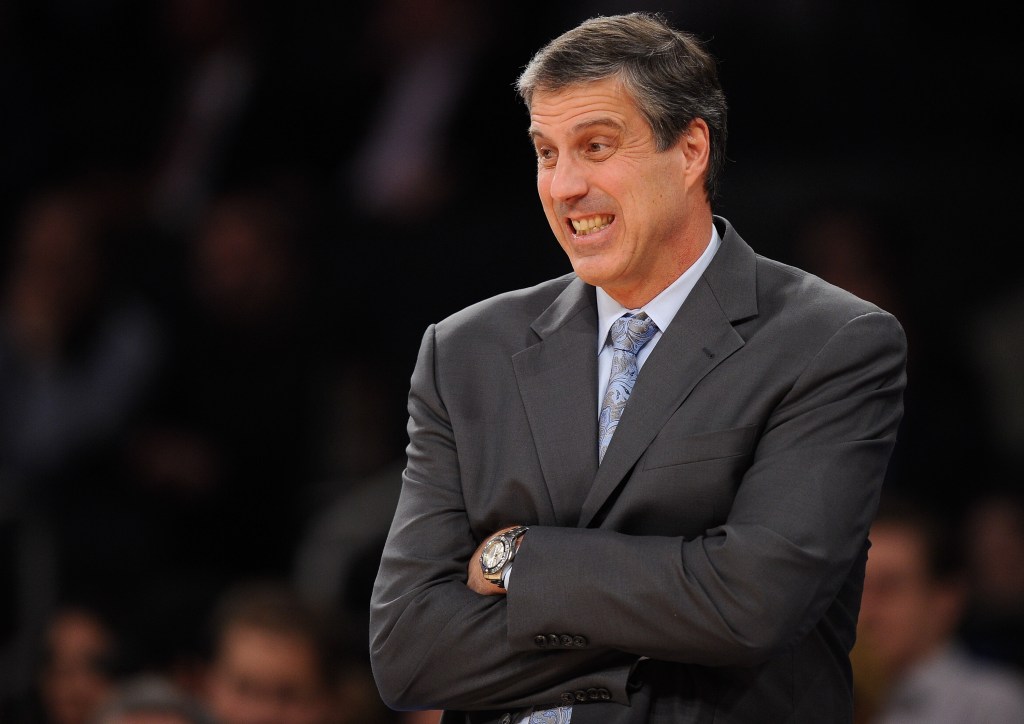 But yes. The view from this glass house is terrific.

OK, so … If Flip Saunders isn’t actually a horrible coach, then why is this so depressing for Minnesota fans? Were they going to do much better?

Flip Saunders was depressing when they hired him as GM, let alone when Glen Taylor allowed him to come down and coach. Just on principle. There’s an entire class of NBA teams (including my Wizards) that are perfectly content to plow away into the NBA’s middle and (I guess?) hope for a miracle that turns them into contenders. Coaches (and GMs) like Flip are a big part of that. It’s not that they are horrible, but they’re just not talented or imaginative enough to ever change the direction of a franchise for the better.

“Good is the enemy of great” is the perfect way to describe everything Flip Saunders represents in the NBA. Or Randy Wittman. Or a handful of other coaches who have bounced around the league.

Who else could the Wolves have chosen? Roll the dice on anyone on this list of up-and-coming assistants from ESPN’s Kevin Arnovitz. Then auction Love to the highest bidder in the next few weeks, and you’re starting out with a young coach, good young players everywhere, and Rubio and Pekovic.

It’s extra depressing for Minnesota fans because this is how the Wolves operated for the better part of the last 15 years. Then for the past few years, this team was trying to be better than all of that. They spent money on an offer sheet for Nic Batum and paid Nikola Pekovic, they finally brought Rubio over, they hired Rick Adelman to turn them into an offensive powerhouse … none of it quite worked, but at least they were trying. Now, with Adelman gone and contender dreams foiled, the Wolves are looking at a scenario in which they lose the best player they’ve had since KG and go back to all the same underwhelming leadership they suffered through when they actually had KG. That sentence is why this is extra depressing for Wolves fans.

Is there any silver lining here?

No matter what happens, this is the theme song to every T’Wolves discussion going forward for at least the next year or two. And you know what? Maybe that makes the whole thing worth it.

About Last Night: Astros Go Back to High School