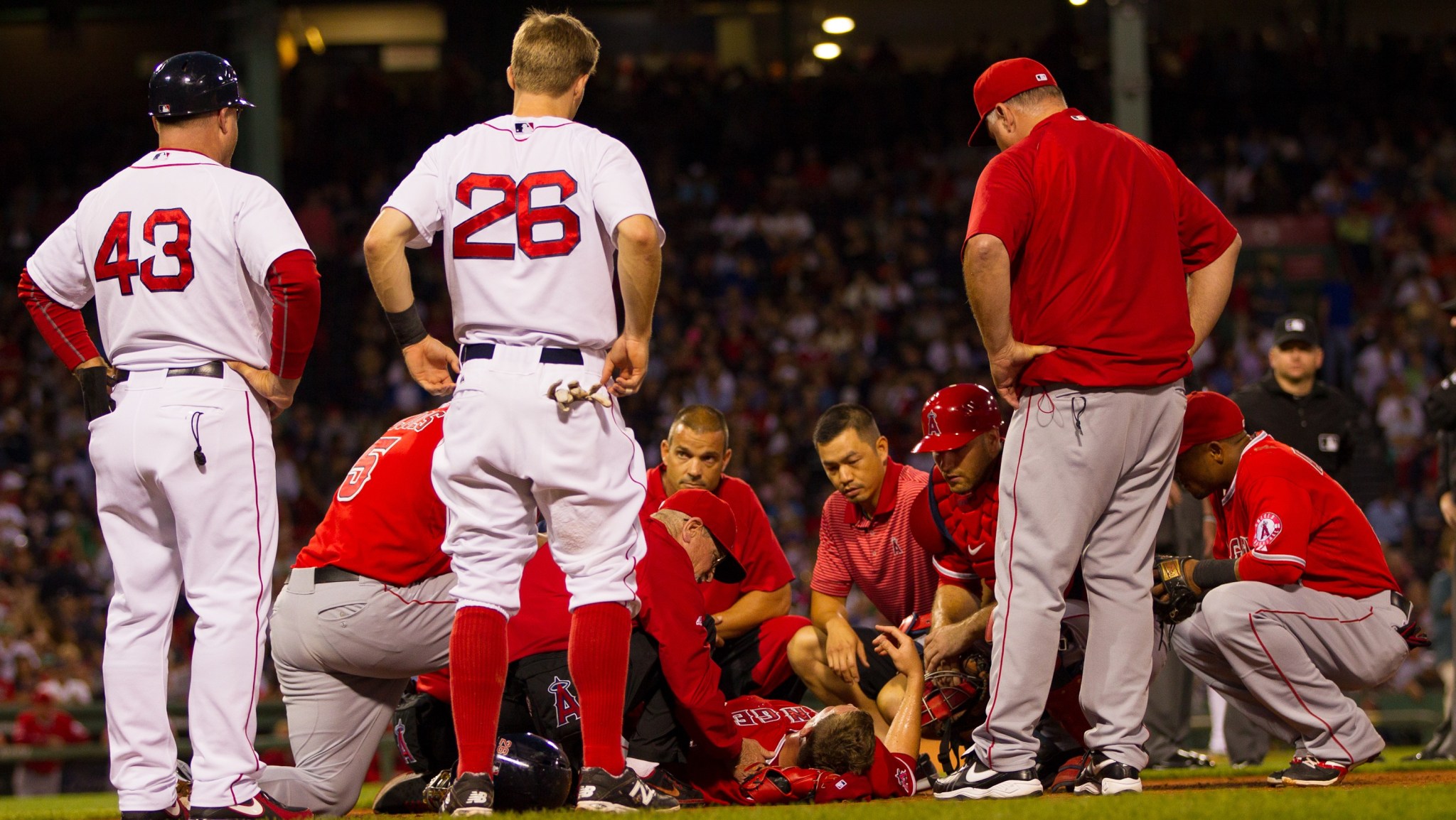 In case you were busy deciding that if granted the powers of a time lord, you would go back and make Derrick Rose sit out the game where he first injured his knee, here are the top six stories you missed in sports on Wednesday:

In heaping more responsibility on the youngster:

The Los Angeles Angels’ 8-3 win over the Boston Red Sox was tarnished by the loss of starter Garrett Richards, who suffered a serious knee injury that may rule him out for the remainder of the season. “I’ll get stretched out, coach,” said Angels outfielder Mike Trout to manager Mike Scioscia after the game. “And I’ll also double-check those hotel reservations for when we head to Oakland. And I’ll make sure the place doesn’t have bedbugs this time.” Scioscia nodded at his star, who asked, “Do you want me to learn a splitter? Not for the bedbugs thing, but for the starting pitching thing. Again, I’m really sorry about our accommodations here in Boston.”

In relearning the difference between magma and lava:

Penn State is monitoring the Icelandic volcano Bardarbunga, which may interrupt travel to the team’s season opener in Ireland against UCF. This news is significant because based on past instances of similar Icelandic volcanoes erupting, it might require rescheduling the game, and other stuff. What is sure is that if the volcano erupted it would throw the entire Big Ten and AAC conference schedules into disarray, and maybe also disrupt some things that aren’t NCAA football–related. Who knows about that. What we do know is that this volcano has the possibility to affect every football team from Wisconsin to Florida, and maybe also the people of Iceland or something.

The Giants were granted a reprieve for their rain-shortened 2-0 loss to the Cubs on Tuesday when Major League Baseball ruled that the ineptitude of the Wrigley Field grounds crew meant the game would be resumed Thursday. “I tried … to help … ” muttered a despondent Wrigley Field groundskeeper who wore headphones and glasses. “I was always just trying to help. I love this team … I … I see now that I should have never come back.” The mysterious groundskeeper then walked away from the stadium, and as he did, somewhere far away Moises Alou was overcome with an inexplicable fury that coursed through his veins like magma.

In sporting events for which I’ve shotgunned the movie rights:

Mo’ne Davis’s six strikeouts were not enough for the Taney Youth Baseball team from South Philadelphia, who got beat by Las Vegas, 8-1, to reach the brink of elimination at the Little League World Series. For those of you who are disappointed that Davis’s team fared poorly for the first time in the tournament, let me remind you that this is Sports Movie 101 right here. Charlie Sheen had to give up a homer to the Yankees. Rocky had to lose in Rocky. Rudy had to get rejected from Notre Dame. First they lose and all hope is lost. But they stay alive in the tournament on a technicality and win the whole thing! This is all falling into place!

The Toronto Blue Jays are opposing a bid by the Creighton Bluejays to trademark their new logo, saying that the two logos are too similar. Also opposing the bid are blue jays, who are demanding 22 seeds in exchange for the rights to their likenesses. Their demands would be more substantial, but 22 is a pretty big number for a bunch of birds to count up to.