About Last Night: A Sneak Peek Into Madness 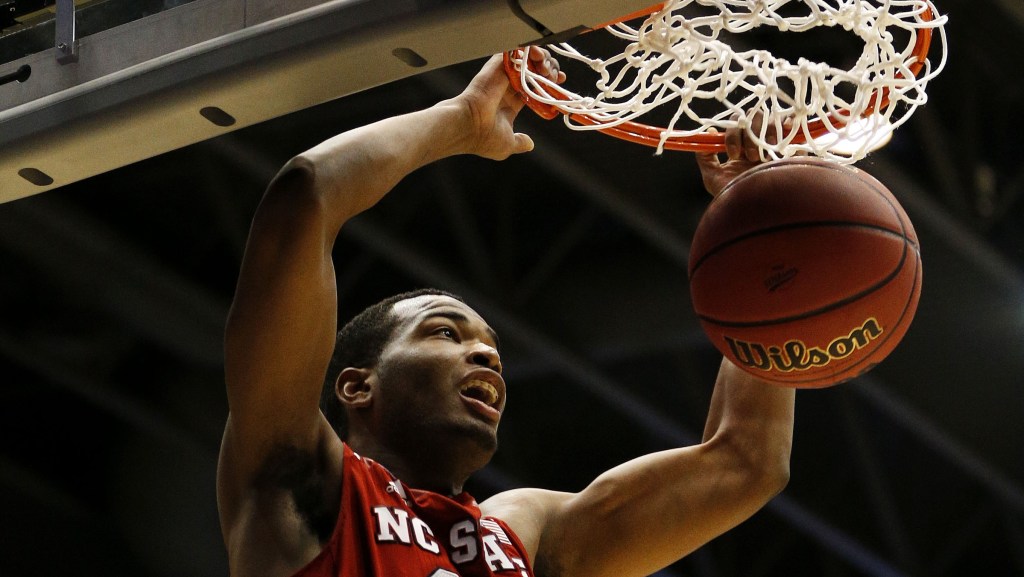 In case you were busy savoring your first day as James Dolan’s employee, here are the top five stories you missed in sports on Tuesday:

In NCAA tournament games that no one should have to pick for their brackets:

NC State booked a ticket into the second round of the NCAA tournament with a comfortable 74-59 win over Xavier, and Albany topped Mount St. Mary’s 71-64 setting up a showdown with top overall seed Florida. And sure, NC State versus a reeling Saint Louis team is an attractive 5-12 upset pick, but Albany versus Florida? This. Changes. Everything. We’re talking about a matchup between the Florida of state capitals and the Albany of states. And I for one cannot wait. My pick? Albany, which is the Florida of picks.

In awkward matchups across the wide world of sports:

LeBron James put up 43 points as the Miami Heat edged the Cleveland Cavaliers 100-96. “You’re looking nice,” James told former teammate Anderson Varejao before the game, filling a palpable silence. Varejao glared back at James, who added, “You never could take a damned compliment, could you?” The long-haired Brazilian shook his head and said, “You got a lot of nerve talking to me like that.” The players exchanged no more words through the rest of the night, while everyone else on the court took care to make sure the two were never again alone and in close proximity to each other, lest they make everything uncomfortable once more.

The Yankees/Red Sox spring training matchup was briefly delayed when bees descended on the field, in the hopes of tricking Alex Rodriguez into mimicking his ball-slapping fiasco of 2004. Unfortunately for the bees, they do not understand the league’s PED policies, and Rodriguez, who is serving a lengthy suspension for steroid use, was not at the game.

Didier Drogba was feted like a hero on his return to Stamford Bridge, but left defeated, as his Galatasaray team crashed out of the Champions League with a 3-1 aggregate loss to his former team Chelsea. Drogba blamed his team’s loss on Chelsea manager Jose Mourinho’s sideline antics, which consisted primarily of standing in a trench coat while holding a boom box playing Peter Gabriel over his head.

Tiger Woods pulled out of the upcoming Arnold Palmer Invitational at Bay Hill due to back pain. And I know what you’re thinking. Every time the words “Tiger Woods” and “pulled out” are together, I know what you’re thinking. And I personally won’t entertain the thought. I won’t do it. It’s immature to speculate, and the guy has earned the benefit of the doubt at this point. I mean, do you really want me to suggest he won’t be ready to play golf by the Masters? Wait …