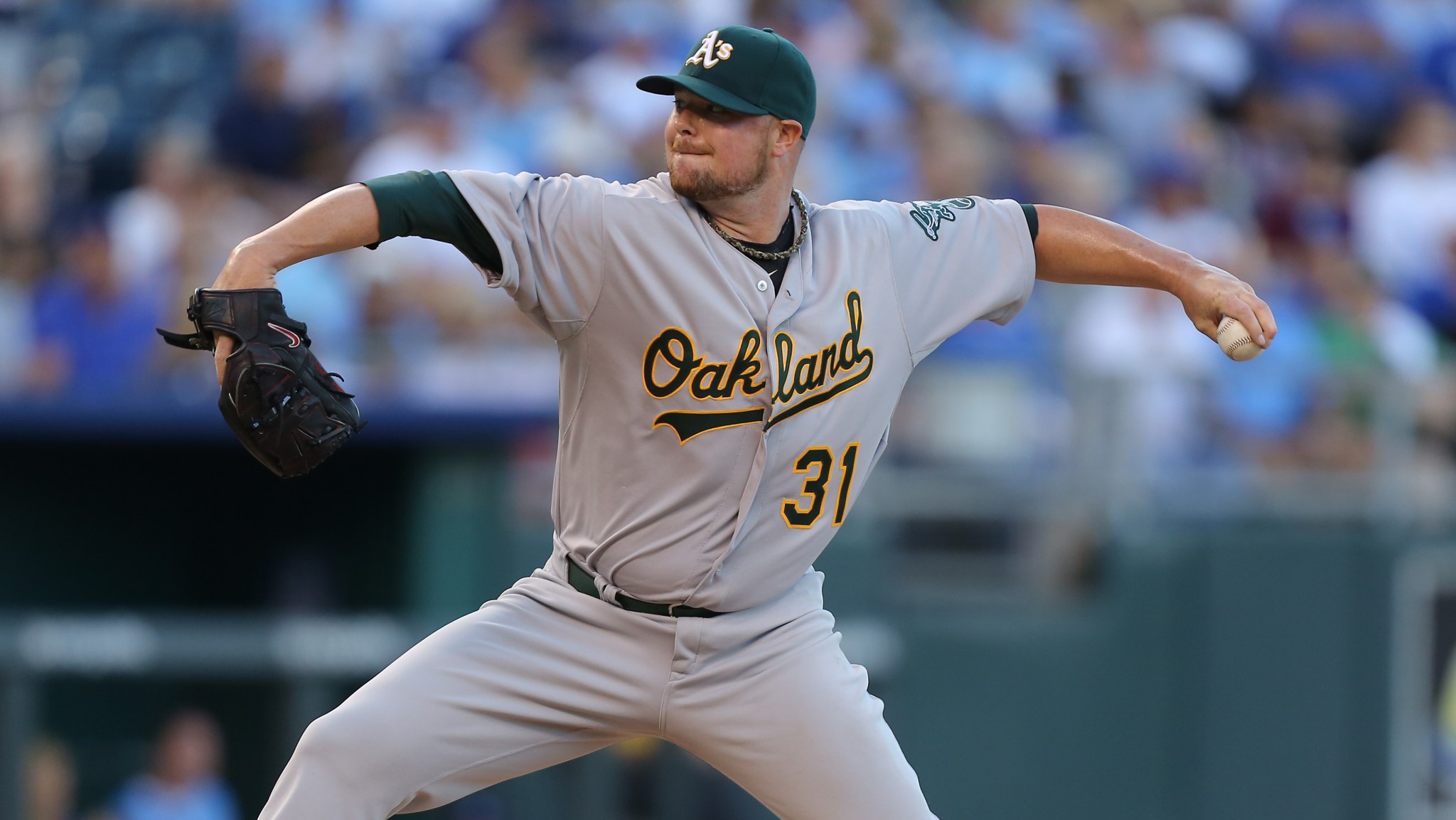 In case you were busy preparing for an awkward Christmas with all your exes down in Miami, here are the top five stories you missed in sports on Tuesday:

In the a really weird battle of division leaders:

Jon Lester and the Oakland A’s put an end to the Kansas City Royals’ eight-game winning streak in emphatic fashion with an 11-3 win at Kauffman Stadium. “Have I ever told you guys how much I hate the plot of that movie Major League?” asked Oakland A’s general manager Billy Beane after the game. When told no, Beane explained, “You’d think I’d like it right? On it’s surface, it’s a movie about a small-payroll team winning it all by finding undervalued assets. But you have to dig deeper. It’s really a story about a bunch of garbage talent that just decides to play well. The bumbling buffoon of a GM finds lackluster talent, and then an old man with a mustache tricks everyone into playing well. These fictional Indians have no systematic process for winning; they just ride a lucky hot streak all the way into the World Series. I’ve never mentioned any of this before? I think about it a lot.” When told no again, Beane said, “Weird. Well, I only bring it up to contextualize just how happy tonight’s game made me. So, so very happy.”

In the comparably unruly NL Central:

Adam Wainwright failed to become the big league’s first 15-game winner, as Jarred Cosart and the Marlins beat St. Louis 3-0. However, the Cardinals lost no ground on the division-leading Brewers as Milwaukee starter Wily Peralta also failed to earn his 15th win in the his team’s 3-0 loss to the Chicago Cubs. Peralta took the loss hard, and was seen after the game thumbing through an ACME Brand catalogue, folding down the corners of pages listing the company’s selection of anvils and birdseed. When asked what he was up to, Peralta held up a convoluted schematic that involved a large bull’s-eye adjacent to a cliff and a crudely drawn picture of notably elusive Cardinals outfielder Matt Holliday.

Cristiano Ronaldo scored twice as Real Madrid coasted to a 2-0 win over Sevilla in the UEFA Super Cup, which pits the previous season’s Champions League winner against the previous season’s Europa League winner. And before you say that soccer has too many trophies and that this matchup is less the soccer equivalent of the Super Bowl and more the equivalent of a hypothetical preseason basketball game between Connecticut and Minnesota, last season’s NCAA and NIT tournament winners, let me ask you: How often do you get to watch Cristiano Ronaldo score lots of goals against middling Spanish competition? Almost every week for the next eight months, you say? Oh. Never mind. Moving on …

In the end is beginning is the end:

An unidentified Oakland Raiders fan hit Dallas cornerback B.W. Webb during a brawl that occurred while the two teams held a joint practice. Worse for the Cowboys, the fan was able to elude Webb and the rest of the Cowboys defense, breaking tackles and stiff-arming members of Dallas’s first-team defensive unit, as he escaped the field through the end zone.

A Brief History of Drake Tampering