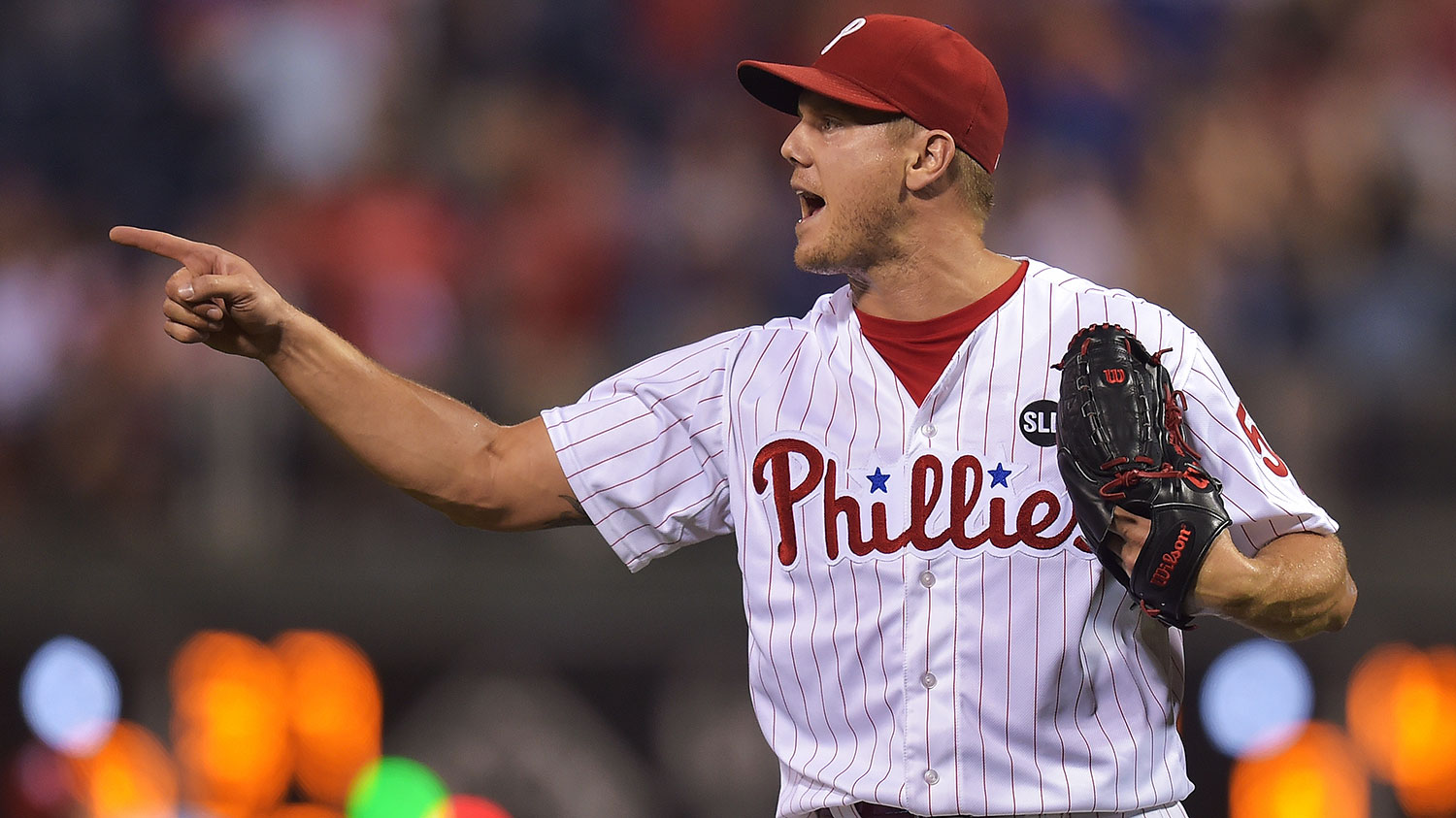 Coming into this week, the Nationals needed to find a setup man for Drew Storen. David Carpenter is on the DL with a shoulder injury. Blake Treinen was demoted to Triple-A last week. And that left Casey Janssen, a righty with some late-game experience but also a below-average strikeout rate and a growing susceptibility to hard contact, as the closer’s deputy.

Instead of getting Storen some help, though, Washington decided to replace him with Jonathan Papelbon.

If we strip away job titles, yesterday’s trade for Papelbon solves the team’s biggest weakness: a lack of quality high-leverage relievers. Although his heater has cooled off from the 96 mph levels of his days in Boston, the 34-year-old has found a way to offset the drop in velocity and still be effective. In 2015, he’s generating a ground ball rate above 50 percent for the first time in his career, and his secondary pitches have taken on a larger role. Opponents are slugging a mere .200 on at-bats ending with Papelbon’s slider and .231 against his splitter. After struggling a bit with control earlier in his career, he’s posted a sub–6 percent walk rate in each of the past three seasons. Granted, he’s sporting a slightly fortunate 87.6 percent strand rate this season, but overall, he’s still one of the best relievers in baseball.

Despite his status, Papelbon didn’t cost that much to acquire, in terms of both talent and cash. For their closer, the Phillies received Nick Pivetta, a 22-year-old right-handed starter who has posted a 3.02 ERA with 78 strikeouts and 38 walks in 101.1 innings at High-A Potomac and Double-A Harrisburg this year. A fourth-round pick in the 2013 draft and now the no. 10 prospect in the Phillies system, according to MLB.com, he could have a future in the big leagues, but doesn’t project as anything close to an impact starter.

For Philly, the deal’s more about getting out from under the $13 million Papelbon was owed next year. The Phillies threw in $3 million to cover the remainder of his 2015 salary, and the Nats were then able to renegotiate with their new closer and trim his 2016 number down to a guaranteed $11 million.

With its minimal direct cost and its immediate, vital upgrade, this seems like one of the better deals we’ll see ahead of Friday’s deadline. But that’s before we consider Storen.

The ideal scenario might’ve been for Papelbon to take over the setup role while Storen continued on as the closer. But Papelbon insisted on going to a team that would allow him to close, so he wouldn’t be in Washington if he wasn’t going to be finishing games. Per MLB.com’s Bill Ladson, Storen is unhappy about the trade. Given that almost all of his numbers are better than Papelbon’s, it’s hard to blame him. In 36.1 innings, Storen has produced a strikeout-to-walk ratio just shy of 5-to-1 and has allowed just one home run. He was having the best season of his young career (by fielding-independent metrics), and now he’s being replaced for a third time. After recording 43 saves in 2011, he lost the job in 2012 after landing on the DL. He won the gig back later in the 2012 season, only to lose it again in 2013 when the team brought in Rafael Soriano. The demotion is surely a blow to Storen’s ego, and it could also be a blow to his bank account, as closers continue to make more than other relievers in both arbitration and free agency.1

For all of the theoretical issues the deal could create, it’s a logical risk for the Nats to take. One of the most talented teams in baseball, they’ve underachieved a bit due to an onslaught of injuries. Most of the wounded are now back in the lineup, though, and two days still remain to round out the rest of the roster2 before the non-waiver trade deadline — if GM Mike Rizzo is so inclined. The Mets have won three in a row, just made a couple of useful little deals, and are right on the Nationals’ tail. But assuming all or even most hands are on deck down the stretch, Washington’s still the favorite to win the East. And the Nats are certainly better with Papelbon than they were without him.