Microwave Hot Take: The Oakland-Houston Scott Kazmir Trade Is Great for Everyone 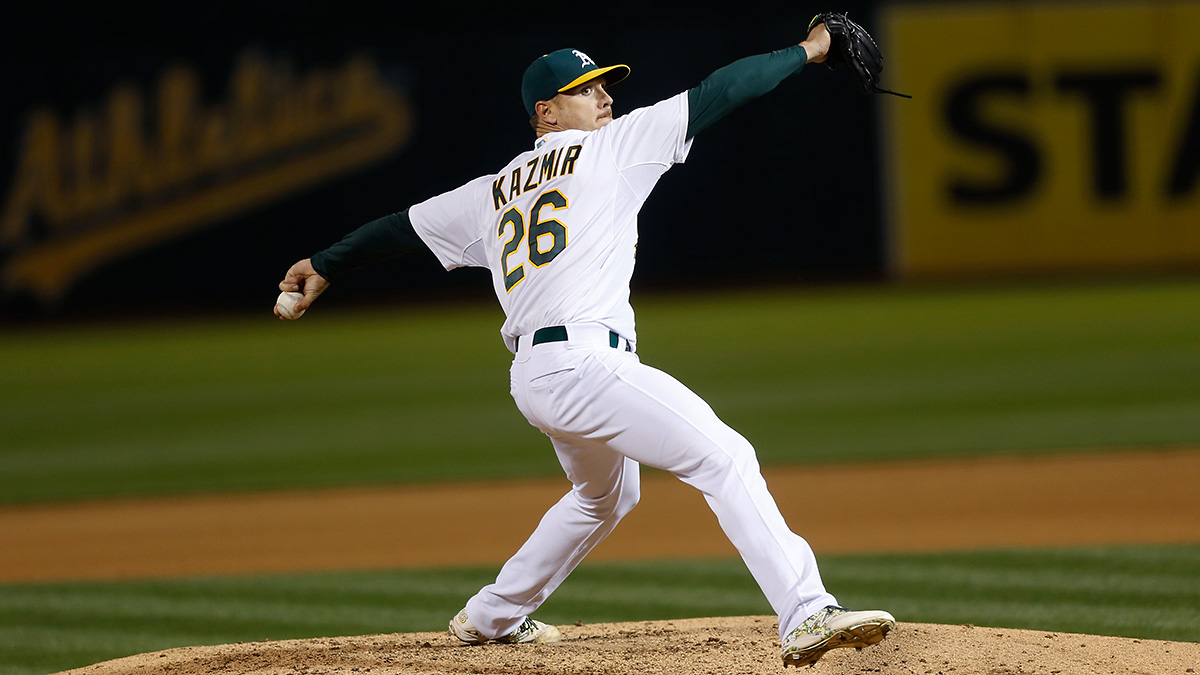 It’s a buyer’s market for starting pitchers nowadays, as evidenced by the seemingly incessant front-office posturing in the media over as many as a dozen players. This has been going on nonstop for months, and today, for the first time, we got a little less conversation and a little more action.

The biggest winner in this deal, by far, is Kazmir. He just went from fourth place in the AL West to second, and, most importantly, he’ll no longer be subject to the dreaded qualifying offer when he hits free agency this winter because he changed teams midseason. As great a performer as Kazmir has been over the past two years, he probably would not have been in line for the kind of contract that, say, James Shields got last season, despite having been outstanding this year and very good last year. Kazmir’s size and lack of a long-term track record would have prevented that even if his pitching arm hadn’t previously been crushed, bought on a salvage title, rebuilt from the wheels up with a new drivetrain, styled by Pininfarina, and then reattached to his shoulder. He’s exactly the kind of player the qualifying offer would hurt most, because teams might be too scared to throw big money at him, particularly if they stood to lose a first-round draft pick in the process.

The angle for Houston is similarly obvious: For all the time Kazmir spent in hospitals, and the minor leagues, and throwing the ball to the backstop between 2009 and 2012, he’s been really good this year. The Astros are about to turn the corner into contention, and after Dallas Keuchel, every starting pitcher they have has question marks about experience or consistency. Even if you’re OK strapping in and starting Lance McCullers or Collin McHugh against Zack Greinke in Game 2 of the World Series, this move still bounces either Roberto Hernandez or Scott Feldman out of the playoff rotation, which I think we can all view as a good thing.

The two players the Astros gave up, Mengden and Nottingham, both stand a good chance of becoming future big leaguers, but neither is regarded as a surefire future stud. That Kazmir is a rental also means the Astros don’t have to worry about his bionic arm past this fall.

The Astros could have gone out to get a bigger-name rental like David Price or Johnny Cueto, or a more highly regarded pitcher on a long-term contract, such as Cole Hamels or James Shields, who could’ve helped them in the future as well as in 2015. But all of those names would’ve cost a lot more in prospects, and none would’ve been an enormous upgrade over Kazmir over the next three months. For this playoff run, Houston got most of a no. 1 starter for a fraction of the cost. And because the Astros didn’t give up any of their biggest prospects or major league contributors, the option still remains to get another pitcher or upgrade elsewhere if GM Jeff Luhnow so chooses.

From Oakland GM Billy Beane’s perspective, the A’s off-loaded a free-agent-to-be and got two interesting prospects back. With Kazmir set to leave this offseason and the A’s 11 games out of first place, his value to them was pretty much zero. That the A’s are underperforming their third-order record by 11 games isn’t that comforting when there isn’t enough time to regress all the way back to the mean.

Mengden, a fourth-round pick last year out of Texas A&M, battled a back injury previously but can get up to the low-to-mid 90s and throw multiple secondary pitches, including a low 70s curveball. Plus, he has an 80-grade Van Dyke that makes me wonder if he wouldn’t be better off giving up baseball to play Cardinal Richelieu full-time. Mengden could be a reliever, or if he stays healthy and improves his command, he could start one day in the big leagues. He’s in Class A, so there’s potential but still a long way to go.

Nottingham … actually, let’s stop for a second and address something important. A’s fans get dumped on because the Coliseum shows up empty on TV, and that’s a disservice to them. It’s one of the worst, and least accessible, ballparks in the country, and Oakland doesn’t have a Yankees-size fan base. But A’s fans are passionate and creative, and loud as hell when the park is full. They’re great.

So having said that, let me say this to A’s fans, as a community: If there isn’t some Robin Hood–themed nickname for Jacob Nottingham by the time he reaches the big leagues, you guys don’t deserve a major league franchise. I don’t care what it is, but this is a meatball over the plate as nickname opportunities go.

As a player, Nottingham is a bit of a pop-up guy, a 20-year-old former sixth-rounder who wasn’t on the radar four months ago but has since laid waste to two different levels of Class A, and currently has a .974 OPS in high-A. He’s listed at 6-foot-3, 227 pounds, but is purported to be able to handle the catcher position at that size, though 20-year-olds that big can get even bigger by the time they’re 23 or 24.

So on the one hand, we’ve got a 20-year-old catcher who’s John Oliver Headlining older competition. On the other hand, he just took a huge leap forward, and his former home stadium in Lancaster is perhaps literally the most hitter-friendly professional ballpark ever constructed by man. The Hangar is in a high, windy spot, and they attempted to compensate by making the outfield big, which results in the Coors Field effect, in which the big outfield leads to more balls dropping in.

Kiley McDaniel of FanGraphs says that not only is Nottingham’s breakout for real, but that if McDaniel were to update his global prospect rankings now, Nottingham would be among the top 85 to 150 prospects. That seems to answer the only question left for Oakland: Will Mengden and Nottingham wind up being better than the compensation pick the A’s would’ve received had they held on to Kazmir and given him a qualifying offer? The answer to that, given the uncertainty of late first-round picks, is probably yes.

The idea that this is a good trade for everyone even extends to neutral fans: This could be the first domino to fall in a causal chain that finally brings us closure for Cueto, Price, and Hamels, plus having Kazmir on the Astros going into the stretch means a good player will affect the pennant race instead of playing out the string for a second-division team. Meanwhile, that second-division team gets players who stand to make it better down the road, and baseball takes one step closer to Pareto optimality.

‘The Lowe Post’ Podcast: Jared Dudley on What It’s Like to Be Traded, Players’ Union Awards, and More