The David Price Is Right: The Blue Jays Go All in on 2015 While the Tigers Shift Their Focus to the Future 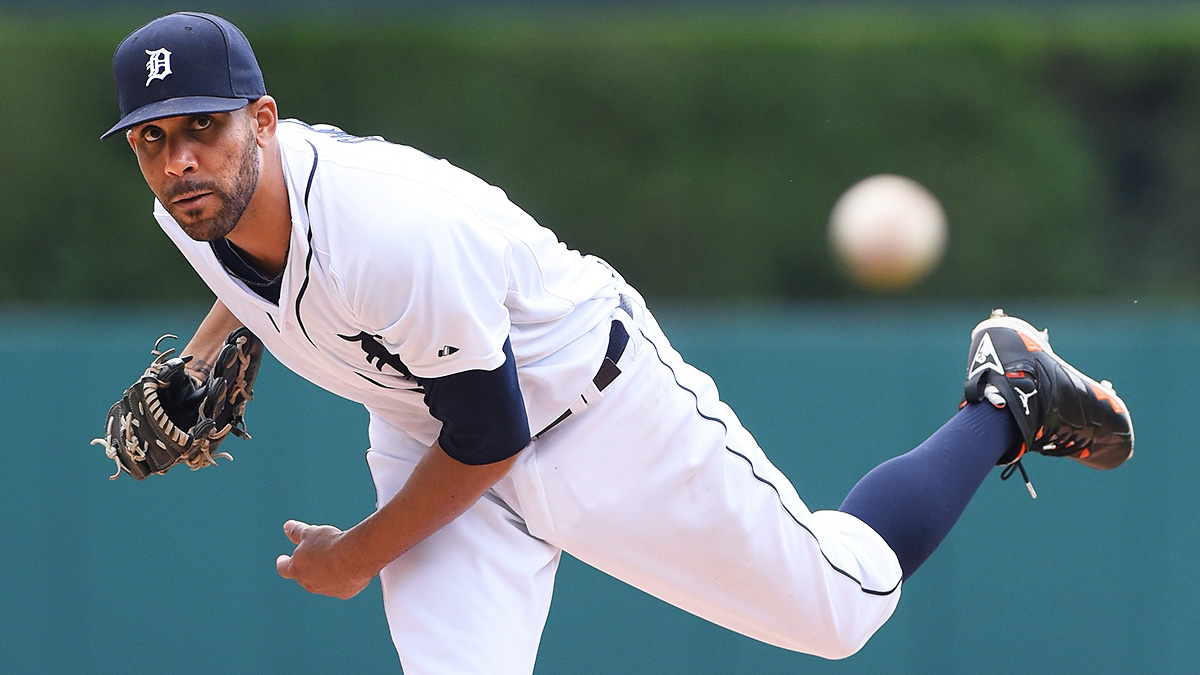 After acquiring Troy Tulowitzki earlier this week but before consummating a Thursday trade with the Tigers for Rent-an-Ace’s most popular summer product, David Price, the Blue Jays’ projected rest-of-season WAR total for position players1 looked like this: 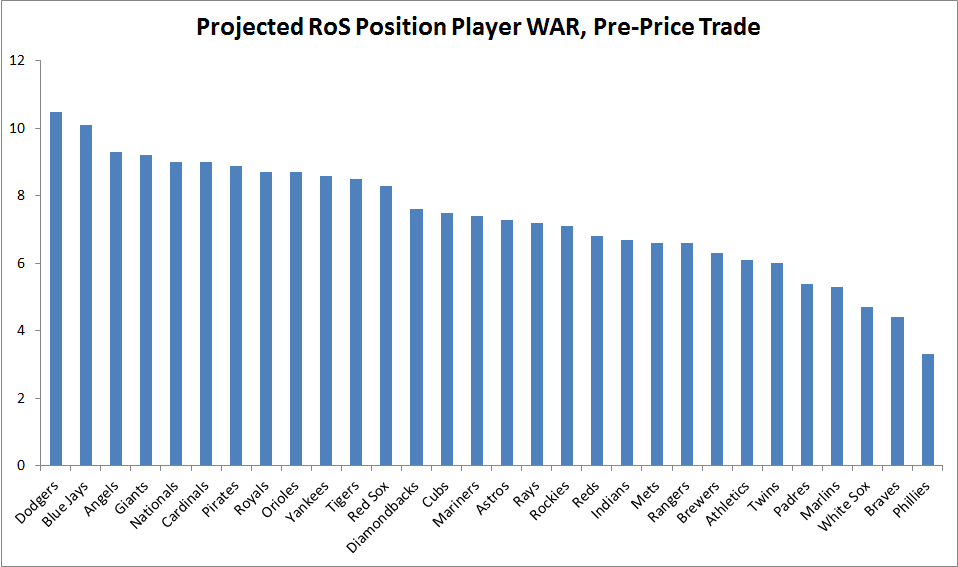 The Blue Jays had no problems with hitters. With pitchers, though? They had plenty: 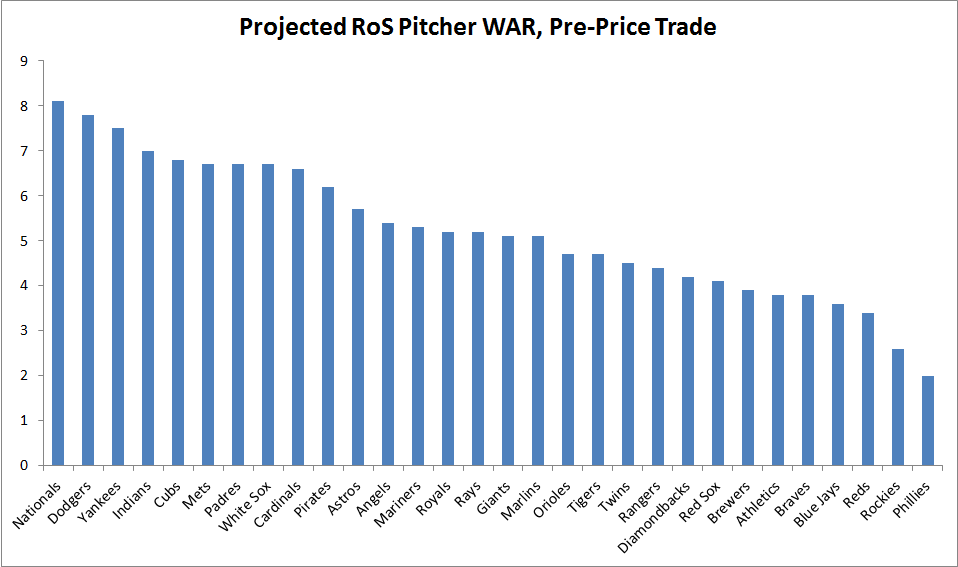 The expected rest-of-season output for the Jays’ staff, pre-Price, was a combined 3.6 WAR, worse than any other team’s except the post–Johnny Cueto Reds, the Rockies, and the post–Cole Hamels Phillies. When Toronto traded for Tulo, many wondered why the Jays had amplified a strength instead of ameliorated a weakness. As it turns out, they intended to do both, sending left-handed pitching prospects Daniel Norris, Jairo Labourt, and Matt Boyd to Detroit for Price.

In this case, Toronto’s motivations are obvious, and its methods unsubtle: The Blue Jays needed pitching, and they picked up the best pitcher available on the day before the trade deadline. The Dodgers could afford to bypass Price and do a smaller-scale (and forehead-smackingly smart) deal for Mat Latos and Alex Wood because they only needed depth to complement the two studs at the top of their rotation, Clayton Kershaw and Zack Greinke. The Blue Jays lacked a rotation topper, and in Price, they’ve finally found one. The result is a cumulative late-July talent influx that trumps even the Royals’ Cueto-Zobrist haul, although Kansas City’s marginal upgrade in 2015 alone might still top Toronto’s.

Price, who trails only Kershaw and Felix Hernandez in fWAR since 2010 (the first season Price began in the majors), remains one of baseball’s best pitchers, a lefty with a 95 mph fastball who doesn’t walk anyone and goes deep into games. He’s swapped some sinkers for four-seamers this season, but his stats look much like they did prior to an uncharacteristic strikeout-rate spike in 2015. For the months remaining on the impending free agent’s current contract, he’s a safe bet to continue performing as well as he has throughout most of the past five-plus-season span. Price’s offseason suitor will have to deal with his decline phase, but the Blue Jays are interested only in his next 10 to 12 starts — or possibly 15 to 20, if their plan pays off and he takes them deep into October.

Toronto has been trying to acquire front-end starters for some time. The Blue Jays came close to signing Ervin Santana. They’ve been linked to James Shields and Jeff Samardzija. And before those missed connections, they acquired R.A. Dickey when Dickey was a reigning Cy Young winner. Instead of an ace, they got a league-average innings eater, a useful asset to have when it doesn’t come at the cost of Travis d’Arnaud and Noah Syndergaard, both of whom have become valuable big leaguers. Under GM Alex Anthopoulos, Toronto has taken a “kill your darlings” approach to its top prospects, many of whom were added to the team’s farm system under Anthopolous’s regime. Syndergaard’s post-trade trajectory illustrates the downside of doing deals for other team’s aces: Less than three years after the Jays sent him to New York, he’s developed into exactly the type of pitcher Toronto needs, and he’s New York Mets property for the next several years.

Unlike the Royals, who added Cueto despite having a playoff spot all but sewn up, the Blue Jays remain on the outside of the postseason picture. They’re currently .500, seven games back of the Yankees in the AL East and two back in the wild card. Even after adding Tulo, they had about a 26 percent chance to win a wild-card spot and a 8.5 percent chance to take the East before landing Price, adding up to 1-in-5 odds of reaching the ALDS. Price, who’s worth a vital two wins or so compared to Toronto’s unattractive alternatives, makes it significantly more likely that they’ll qualify for the coin-flip game, and considerably more likely that they’ll advance if they make it that far.

Even after absorbing two of the best players in baseball, though, they’re still in for a white-knuckle finish. As Jeff Sullivan showed last week, no team that’s added an ace at the deadline during the wild-card era has gone on to win the World Series in the same season. That doesn’t tell us that there’s some kind of curse on teams that don’t acquire their aces in other ways; it tells us that winning the World Series is hard, and that adding a single player for a fraction of a season just doesn’t move the needle that much.

This is the sort of situation in which we wonder about moral hazard, the conflict between the short-term incentives of a GM who’d prefer to stay employed and the long-term incentives of his organization, which would prefer to play competitive baseball long after its current regime moves on. Anthopoulos, who took over Toronto’s GM job in October 2009, has expended enough currency — both in prospects and in loonies and toonies — without a playoff appearance that he’s probably one more October absence away from being an ex-GM.

GM’ing demands an ability to look past one’s personal needs, but from Anthopoulos’s perspective, saving Jairo Labourt, the 21-year-old pitcher who’s part of the Tigers’ return, with an eye toward his potential contributions in 2017 would be like saving a closer for a save situation that may never come. The last time moral hazard became a popular talking point, it was invoked in connection with the Royals’ Wil Myers–James Shields trade, which worked out much better than the naysayers expected. The element that ties the two trades together, and that justifies some amount of win-now aggression, is an interminable playoff drought. Twenty-two years after Toronto won the 1993 World Series, with only near misses and mediocrity marking the interim, today’s Blue Jays fans, like yesterday’s Royals fans, are feeling just as much urgency as Anthopoulos.

The part of the package en route to the Tigers that’s most likely to lead to Syndergaardesque regrets for Toronto is Daniel Norris, a 22-year-old lefty who ranked ninth on Baseball Prospectus’s midseason top-prospect list (with an assist from the many other teams that promoted superior prospects this spring). Toronto’s 2011 second-rounder earned renown over the offseason for living out of a van, and his Q rating rose even higher when he started the season with the Blue Jays, part of Toronto’s plan to make up its pitching shortfall by bringing up every old farmhand who was old enough to have facial hair. He lasted five starts, posting a respectable ERA colored by peripherals that told Toronto his superficial success wouldn’t last. In that time, Norris displayed both the good (a deep arsenal, featuring a four-seamer and sinker, a strong slider and change, and a fringy curve) and the bad (shaky command that led to 12 walks in 23.1 innings) of his prospect profile, and the story has been similar after his return to Triple-A. The Tigers will bring him back to the big leagues immediately. 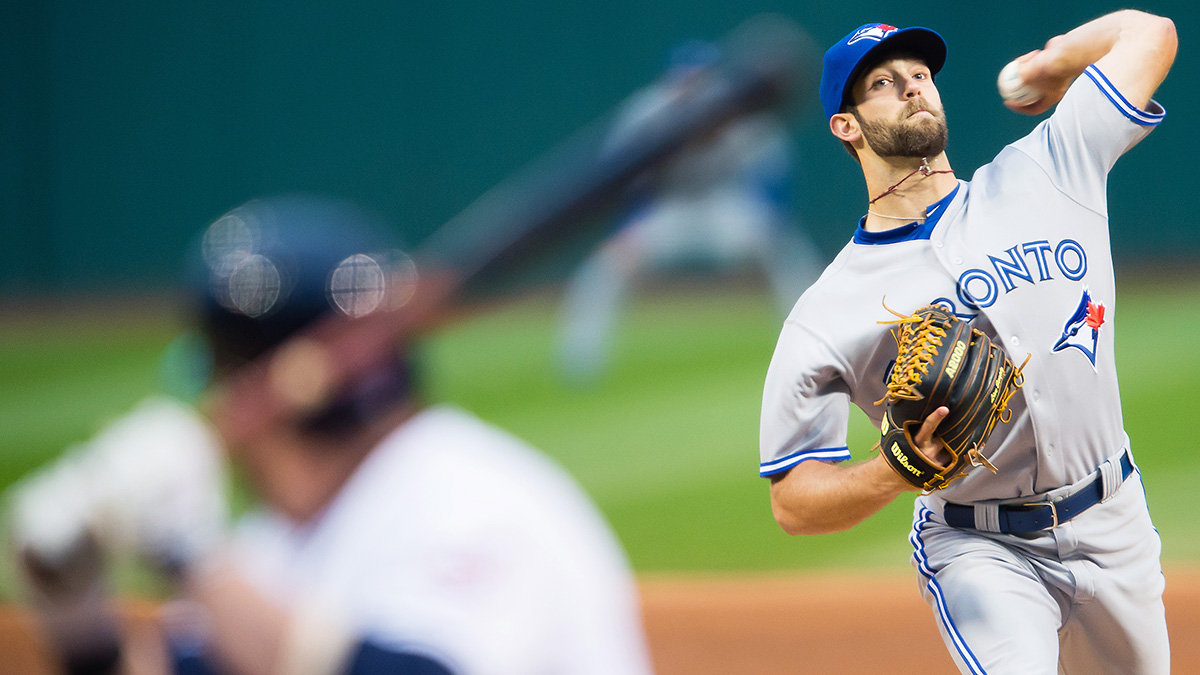 Norris is accompanied by two other lefties, Labourt and Matt Boyd. Labourt is a two-pitch 21-year-old in High-A who likely has late-inning relief in his future. Boyd is a 24-year-old senior sign from the 2013 draft who also briefly carried a banner in Toronto’s 2015 pitching-prospect parade. Although Boyd historically hasn’t throw as hard as the other pitchers in the package, his velocity has climbed this season, and he’s put up eye-popping numbers in the minors, recording a 1.68 ERA with 107 strikeouts and only 24 walks in 112.2 innings this season split between the Eastern and International leagues. While he doesn’t have Norris’s ceiling, he’s ready to take over a lower-profile position in Detroit’s rotation right away.

For the Tigers, who’ve been buyers for the better part of a decade, up to and including their own acquisition of Price on deadline day last year, this deal looks like a clear line of demarcation between several good years and what could be a few bad ones. But by acting now, the Tigers might avoid an extended slump. (And bypass an Astros-style rebuild, acutely important to 86-year-old Tigers owner Mike Ilitch.) It was clear coming into this season that the current Tigers core was approaching the end of its lifespan as a contending team. The last gasp seems to have come sooner than expected, as injuries (including a killer calf strain for Miguel Cabrera), familiar bullpen blowups, and the inexorable Royals have erased Detroit’s strong start and reduced its playoff probability to single digits, even though Detroit trails Toronto by only 1.5 games in the tightly packed AL wild-card cluster. In the weeks leading up to the deadline, the Tigers yo-yoed between buying and “rebooting” based on their play and the state of the market, until GM Dave Dombrowski — who, like Price, isn’t signed for next season — made the difficult but correct call to cut bait.

Dumping Price is a Hari Seldon–esque act of intervention, a move intended not to forestall the Tigers’ demise — the 2015 team was a lost cause as it was — but to accelerate their recovery. While it’s unlikely that any of the pitchers Detroit got will come anywhere close to being the pitcher Price is, that’s not the rubric by which we should judge a deadline deal. Between Norris, Boyd, and Labourt — two-fifths of a 2016 rotation and a future poultice to apply to a burning bullpen — and the savings on the remainder of Price’s $19.75 million salary, Detroit has done well with an asset that otherwise would’ve been worth only a few fleeting performances and a compensation pick to them.2 Detroit’s prospect spoils compare favorably to the Reds’ return for Cueto and have a chance to produce more than the package the Rays received for Price when he had an additional year left on his deal.3 And the deal was done quickly enough that the Tigers still have time to move other expiring assets, most notably Yoenis Cespedes and Joakim Soria.

If Dombrowski trades intelligently — and he usually does — this deadline might restore the Tigers to an upright position (if not a secure one) as soon as next season. Tempting as it is, it’s probably too soon to write the epitaph for the Tigers’ recent run of success. And it’s also less likely that we’ll have to write one for Anthopoulos, whose Jays now have as much riding on the rest of the season as any other team.