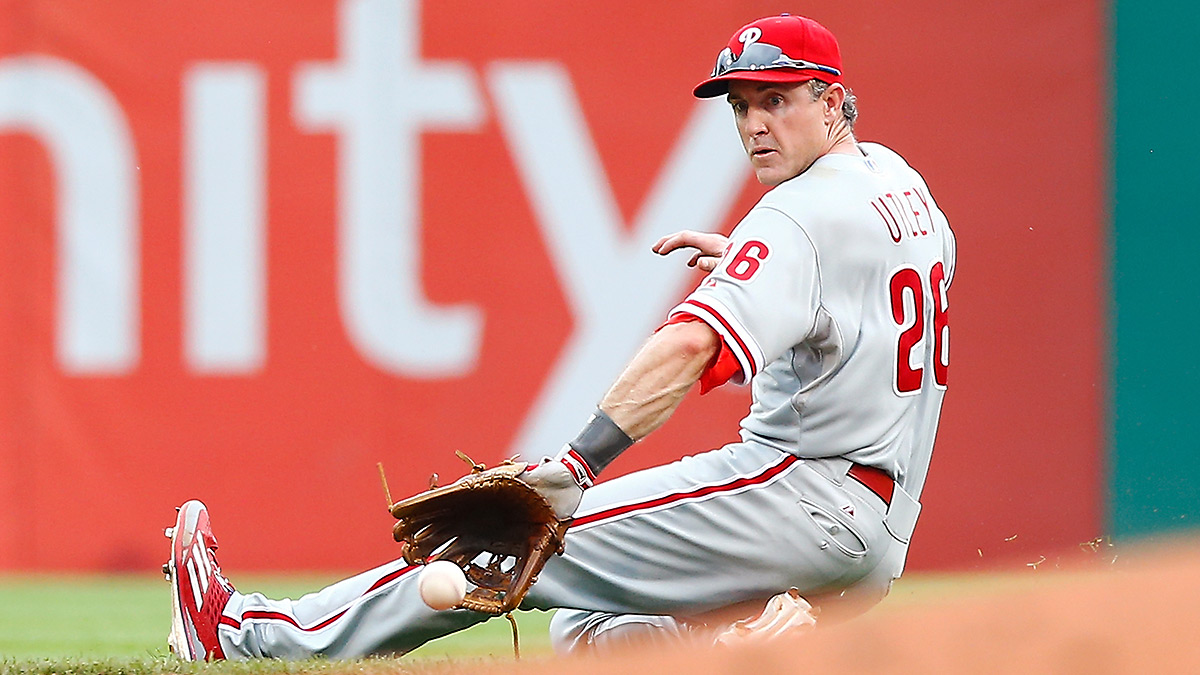 Two great myths of stretch-run baseball are (1) that trading stops on July 31, by which point playoff rosters are mostly set, and (2) that great plays are made by great players.

Even though we talk about trade deadlines on July 31 and August 31, trades can actually take place at any time. But after July 31, any traded player must pass through waivers, and after August 31, any player who joins a new organization can’t play for that team in the playoffs.

From a practical standpoint, most contenders still have holes to plug, and if there’s enough money on the line, those teams can still get a big name through waivers. We saw this in August 2012, when the Dodgers took on the salaries of Adrian Gonzalez, Josh Beckett, and Carl Crawford from the Red Sox so that they could acquire Nick Punto. Just last week, Michael Bourn and Nick Swisher went from Cleveland to Atlanta in exchange for Chris Johnson.

That last case — the my garbage for your trash trade — is particularly interesting. Every team short of the 1998 Yankees has a hole or two to fill, a roster spot or two in which a merely bad player would be an upgrade over the status quo, and we know bad players can have a huge postseason impact because we live in a world where Cody Ross has an NLCS MVP trophy. So which players should teams go Dumpster-diving for this August?

It’s painful to see one of the best players of the past decade reduced to what Utley has become, but time is the only undefeated adversary. On the flip side, even though Utley’s been hurt a lot this year and has been bad when he was healthy enough to play, he’s only a year removed from a 4.5-win season, according to FanGraphs, and if you’re into the whole veteran-savvy, will-to-win thing, Utley’s as savvy and willing to win as veterans come. He’s also old and expensive enough1 that he’d pass through waivers, and the Phillies, who finally have some young middle infielders they want to try out, would probably let him go for a moderate prospect return.

There was an abortive Utley-to-the-Cubs rumor a while back, and the prospect of Toronto starting Ryan Goins in a playoff game looks scarier the longer Devon Travis stays on the DL. Meanwhile, the Giants are reportedly sniffing around Utley, which must mean they’ve forgiven him for trying to light Jonathan Sanchez on fire with his mind the last time he was involved in a Giants playoff game. Though one wonders why San Francisco is looking into a win-now trade, since the Giants aren’t due to win the World Series again until next year.

It feels like De La Rosa has been on the block for about three years now, but he remains in Colorado nonetheless. With another year and $12.5 million on his deal, De La Rosa isn’t a throwaway rental, nor is he the pitcher he once was, with his walk rate climbing to 4.2 per nine innings, a near-fatal mark nowadays. There are two things to like about him, though: First, the Rockies have shown they may not actually know what a salary dump is, getting rid of Troy Tulowitzki by trading him for a much worse player on a somewhat shorter but higher AAV contract. Second, the Royals and Giants, the two contenders most in need of a warm body to give them six innings once a week, both have a run-suppressing joker card (defense and ballpark, respectively) that has turned worse pitchers than De La Rosa into reliable starters. 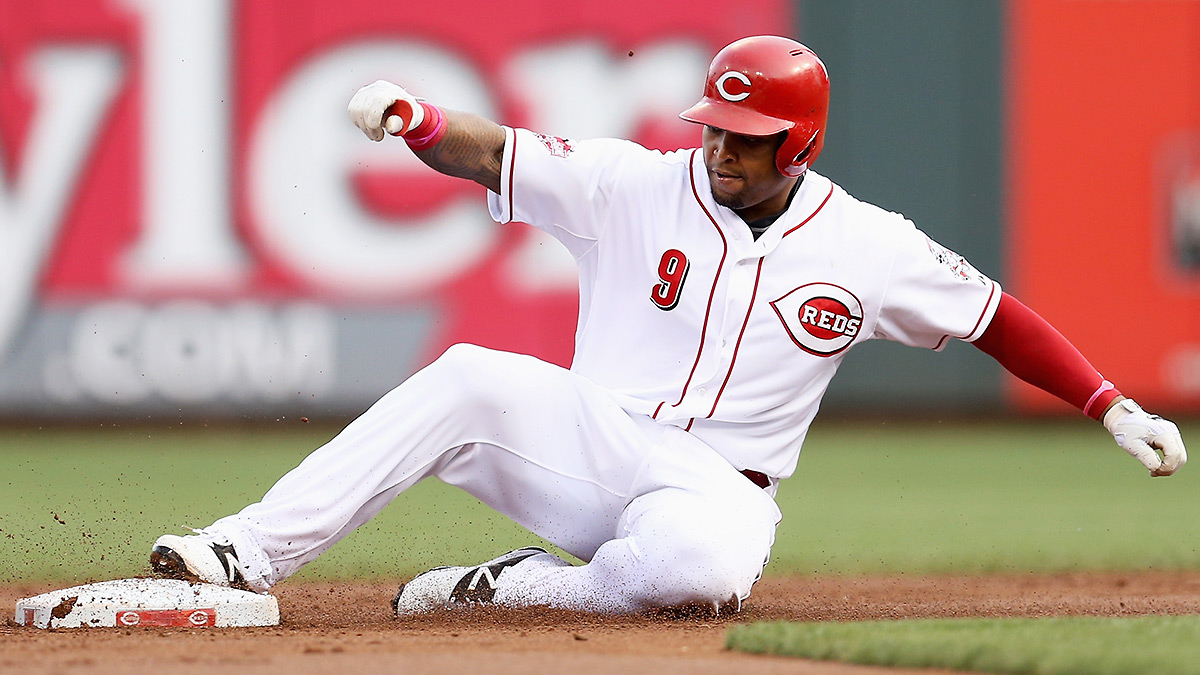 A 37-year-old free-agent-to-be,2 Byrd is 40th in isolated power out of 462 players with 50 plate appearances or more this year. He’s old and not really all that good on the whole, but he can nail lefties without being out of his depth against same-handed pitching. And he can hit dingers. If Byrd gets through waivers — which isn’t a certainty, given that he’s on a pretty cheap deal that could expire this year — he’d be an upgrade in an outfield corner platoon (maybe with Curtis Granderson, depending on how the whole Mets outfield shakes out), or as a World Series DH for a National League team in need of one.

I know the Red Sox just traded for him in June, but De Aza has been killing right-handed pitching all year, and if a team put him together with Byrd, it’d have a complete no. 5 hitter or so. The Red Sox have more young outfielders than they can play at the same time, and it’d serve them better to see what they have in Rusney Castillo than to keep feeding De Aza at-bats as they play out the string.

And not for nothing, but there’d be a really interesting case to be made for trading Dustin Pedroia right now if he hadn’t grenaded his hamstring two weeks ago. Unfortunately, he’s not much good to, say, Toronto, if he can’t get on the field this year.

Worst-case scenario, Davis could be this year’s Al Gionfriddo. In the 1947 World Series, Gionfriddo came in as a ninth-inning pinch runner in Game 4, with the Dodgers down 2-1. He stole second, then scored on the game-winning double by Cookie Lavagetto. Two games later, he robbed Joe DiMaggio of what would’ve been at least a double in one of the most iconic defensive plays in World Series history. The Dodgers won two games because this not-very-good fourth outfielder could run a little.

Then again, the Dodgers lost the series, so maybe all of this is meaningless.

Davis is still a very good baserunner, even at age 34, and a better hitter than his reputation would suggest, with a 97 OPS+ this year and a 101 OPS+ last year. The Tigers have conceded their bid for a playoff spot this year, first by trading David Price, then by going 4-5 since the trade deadline, and Davis, like De Aza and probably Byrd, is a free-agent-to-be. The Pirates could use an extra outfielder like Davis, and while we never thought the Nationals would run out of good position players, they’re going to slide all the way off the glacier if they don’t find something to hang on to soon, so what the hell, Davis might be worth a shot.