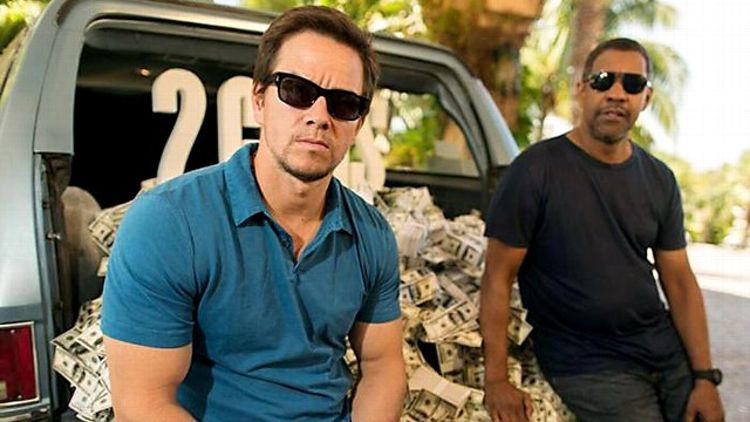 As Wesley Morris writes, it was evident that Denzel Washington and Mark Wahlberg weren’t overly concerned with their well-compensated performances in their new action romp 2 Guns. At one point, after a particularly strenuous sequence that you’d expect would be followed up with some kind of gruff bad-ass one-liner, “Wahlberg goes in the opposite direction. He smiles. It’s the smile some people have after they leave a massage or finish waxing their car. It’s the smile of an actor who’s reclining on a movie-star beach towel. Wahlberg all but walks around the film with a paper umbrella behind one of his ears.” And, well, it turns out he was right to grin. This weekend, 2 Guns was too … good … too … be … denied (I am so, so sorry), crushing the competition with $27.4 million and taking the no. 1 spot.

As USA Today points out, that was in line with predictions — so hopefully that means we get a sequel?! How easy would it be to add some wacky name — say a Pauly Shore or an Ellen Page — into the mix, and call this thing 3 Guns? Please, Hollywood: For once, do not resist the temptation to go dumb.

Elsewhere: The Wolverine managed second place with $21.7 million, Smurfs 2 stumbled to third with $18.2 million, and cheapo horror flick The Conjuring managed another $13.7 million, crossing that hallowed $100 million mark. Anyway: A big congrats to all of this weekend’s players. You were wise to stay out of Denzel and Marky’s way.

In the Shallow 'The Canyons,' Lindsay Lohan Goes Deep