A Viewer’s Guide to All Three Cuts of ‘Anchorman 2’: Which Version Is Best for You? 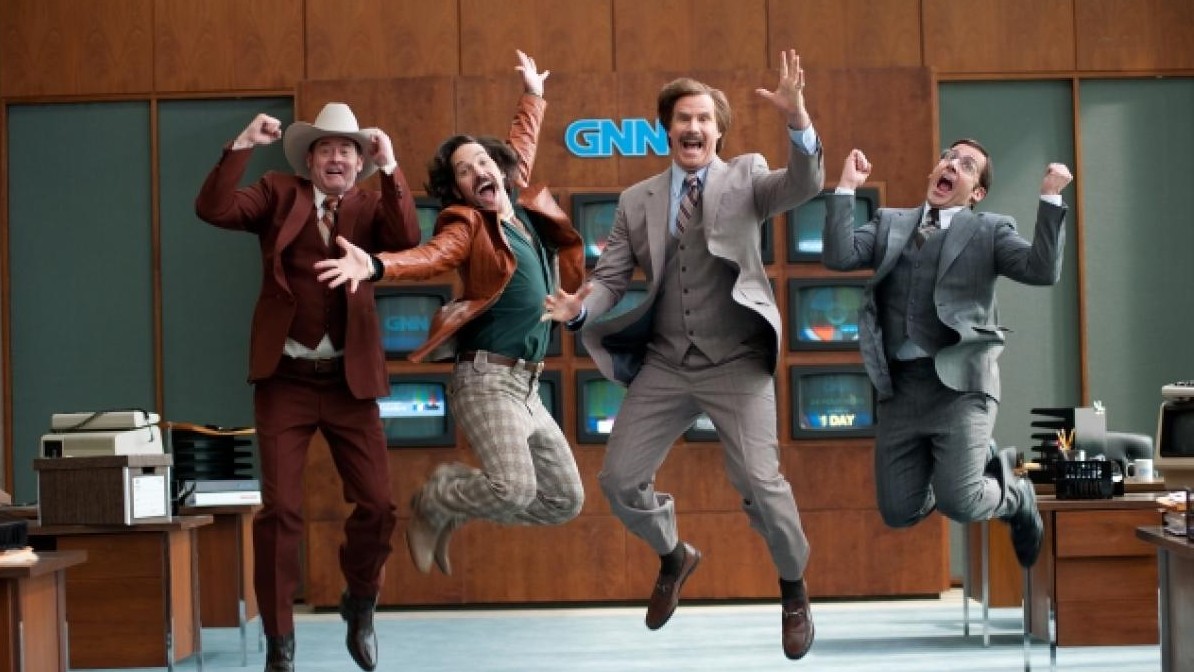 We live in a world with three cuts of Anchorman 2. The sequel arrived in December, nine years after the original. Then Paramount released what director Adam McKay called “a stitched up, Frankenstein version” with all-new jokes. Now what may be the final voyage of Ron Burgundy is on shelves, with zero guidance as to which experience will best suit your needs. So who watches the Anchormans? Me. Over the course of 24 hours, I’ve immersed myself in all three versions of the film to help maximize your experience. Spoilers abound.

The Unrated: 2 hours and 3 minutes. A note about “unrated”: I learned as a teenager toggling between unrated and R-rated cuts of American Pie 2 that there tends to only be a microscopic difference between the two. Unrated does not equal NC-17 or anything that could thrill a teenager or leave room for edgier, more adult humor. I’m fairly certain it just means “we added and extended a few things, maybe made one scene mildly sexier, and then didn’t have to ask the MPAA to re-rate it because it’s bound for home video anyway, ha.”

The Supersize: Rated R. 2 hours 23 minutes. Allegedly rejiggered with 763 new jokes. The gags are indeed about 90 percent different, but I’ll die not knowing if someone at Gary Sanchez Productions accurately tallied up those jokes or if they just used that large sum as a joke of its own. I’m guessing we’re really working with 400, 500 max.

So hold on. Anchorman 2 is not great? Oh no, totally not great. Wesley Morris said the writers were “so determined to tell new Burgundy jokes that they didn’t appear to care what they were about or whether they were any good,” and that’s exactly right. But something about the Will Ferrell/McKay alchemy remains magnetizing, and plenty of us feel compelled to honor our 2004 “I’m kind of a big deal”–quoting selves by watching Part 2. Even if each version features the meta line, “It’s total crap and they can’t stop watching!”

I already did all that honoring-my-old-self junk in theaters and hated Anchorman 2. Will the supersize, re-joke-ified one wash the taste from my mouth? 50 percent chance. If you were already devoted enough to Ferrell/McKay/Burgundy/whoever to see it in theaters, I’m guessing you’re intrigued by the totally recut, R-rated iteration. And you might be surprised that it feels distinctly different.

I love a good Anchorman musical number. Steer me in the right direction. The supersize cut nixes the ode to Doby the shark in favor of a medley of two songs called “Big World” and the disastrous “Gay for a Day.” The medley’s a nice change of pace in the middle of the film, but the Doby song is better, even if its late placement feels awkward. Steve Carell and Kristen Wiig also sing a short, goofy song on their date in the supersize version.

I’ve already seen the original, loved it, and wanna skip the supersize and stay in my comfort zone. I’d like to know which “great Odin’s raven!”–style constructions Ron Burgundy comes up with in the other cut. Gotcha. The ones you’re looking for are “Moses on a Vespa!” and “Terry Bradshaw’s nipple!”

I love that little kid, Walter. You HAVE to watch the supersize. The boy gets so much more material from the get-go, and it’s so much raunchier. He’s screaming “I DON’T WANNA DRINK FOAMY HORSE PISS!!” before the 10-minute mark.

I love Drake. Watch the supersize. Drake’s still got the first speaking line in the movie, same fro and leather jacket, and a better one-liner with an extra tag on the end.

I love Amy Poehler and Tina Fey. Take a number, pal. (And watch the supersize. They’re a tiny bit better in it.)

I love Harrison Ford. Watch the unrated. His part in the first act is slightly funnier, and he turns into Werewolfson Ford in every version, so that’s nothing to worry about.

I love Will Smith. Watch the unrated. And know it’ll never be as surprising when he shows up as it was the first time.

I love Kanye. There’s barely a difference between the performances, but do the supersize.

I love Jim Carrey and/or Marion Cotillard and/or Sacha Baron Cohen. You should actually run with the original cut. All three make the silliest use of their cameos here.

I love Brick Tamland. Watch the unrated, where he gets a few extra lines. In the supersize, he’s oddly downplayed, although he has a recurring gag where he tries repeating things others say and completely garbles all the words.

OK. Get me out of this glass case of emotion. Which version’s the best? The supersize. It’s almost 25 minutes longer, but it somehow feels zippier than the interminable-seeming original. There’s a lightness to the improvising, and some dull plots (the Australian boss, the shark) are significantly trimmed. You miss some classic gags from the original cut (bats as “chicken of the cave”), but you also get some new ones (Ron invents a lover and calls her Rick Volcano; Ron gets his ass beaten at the end of that horrible dinner scene with Linda Jackson’s family). The quality of the jokes pretty much evens out between each version, but this one feels most like the movie they wanted to make.

And should anyone watch all three cuts? Not in a time span shorter than one year.