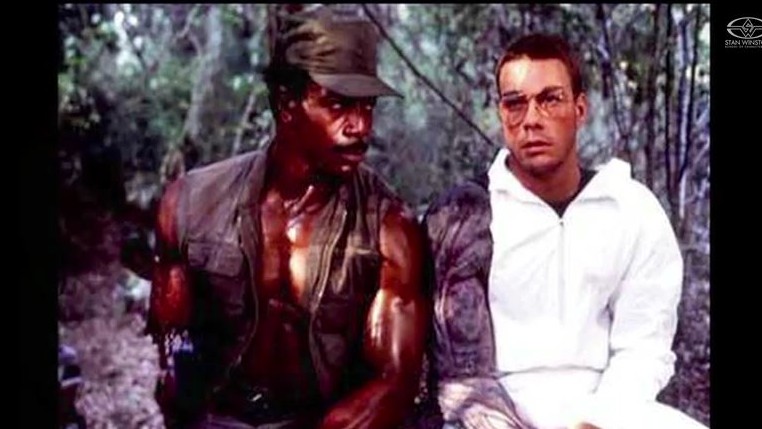 It would appear that there exists a timeline, an unopened fold in the universe, in which Jean-Claude Van Damme was not a mega–movie star in the ’90s, which means that he wouldn’t have become the charming afterthought that he’s become today.

Currently circulating around the Internet is an interview where Steve Johnson, a very important special-effects artist, confirms and recalls Van Damme’s brief time as the Predator from the historic 1987 sci-fi film. Here is that interview, which you should watch immediately because Van Damme apparently thought he was going to be doing martial arts in his silly-looking green-screen “cloaking device” suit, and was very sad that was not the case.

One more time: Jean-Claude Van Damme was, for a moment, the Predator in Predator. This is gigantic.

Let us imagine that Predator had come together with Van Damme as the antagonist. This would have caused two things to happen, which would’ve ultimately led to a billion things happening.

Predator itself would have been markedly less perfect, and maybe altogether outright unbelievable. The guy who eventually ended up playing the Predator, Kevin Peter Hall,* was a frightening 7-foot-2. That makes sense. The Predator needed to be massive. JCVD is an adorable 5-foot-10. That’s ridiculous. The Predator probably would’ve been killed by Carl Weathers if he were 5-foot-10, and FOH at anything that leads to a premise wherein Apollo Creed can kill the Predator. APOLLO CREED COULDN’T EVEN NOT GET KILLED BY A RUSSIAN. DO YOU THINK HE SHOULD BE ABLE TO NOT GET KILLED BY THE PREDATOR???

[*Kevin Peter Hall also played Harry from Harry and the Hendersons. That’s such a player stat. Imagine if he showed up to Harry and the Hendersons as the Predator. John Lithgow would’ve hit him with his car, brought him home, convinced his family to let him live there, and then boom: Predator wakes up and tears the skin off Lithgow’s daughter. Oh, man. That’s a whole different movie right there.]

A spatial continuation: Drake is taller than 5-foot-10. You can’t have Drake taller than the Predator. That’s just not a thing that can happen. 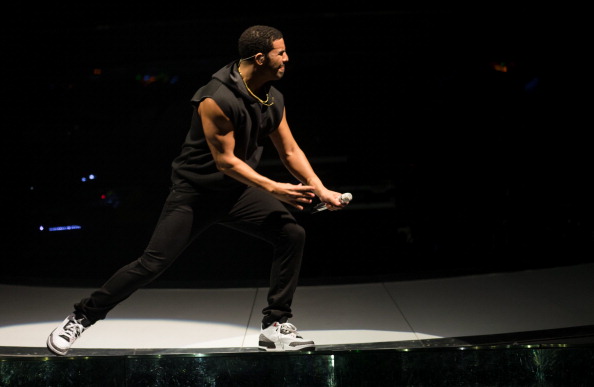 A different angle: You can’t have a guy who can’t dunk a basketball playing the Predator. That’s ridiculous. Aliens dunk, bro. Did you even pay attention during Space Jam?

At the time all this was happening, Van Damme wasn’t yet a name. If his time had been consumed by filming Predator, it’s not unthinkable that maybe he gets passed over as the lead in Bloodsport (also filmed in 1987), the movie that flung him up into Hollywood’s stratosphere. And if that happens, then a lot happens.

Important questions on what this does to the space-time continuum:

What happens to Van Damme after Predator flops because Van Damme is a tiny martial arts man and not at all proper Predator size?

Probably nothing. He wasn’t anybody yet so nobody would’ve cared.

But what happens to the other guys in Predator after Predator flops?

Schwarzenegger would’ve been able to absorb the blow — he was big enough already. He’d already done The Terminator and Commando and Conan and all that. We’re safe there. We still get Terminator 2 (but maybe we eventually get Junior 2, too?). But what about the others? Weathers died himself right TF out the Rocky franchise, so he didn’t have that anymore. If Predator is a bust, maybe his studio backs out of casting him as Action Jackson? And then that sets off its own chain in which Sidney Poitier has to step in for Action Jackson, I guess, or maybe Danny Glover. Maybe Bill Duke (the black guy in Predator who isn’t Carl Weathers) doesn’t get to direct Deep Cover and then so maybe nobody asks Dr. Dre for a song for the Deep Cover soundtrack, which means that maybe we never get Snoop Dogg because their Deep Cover track was really what helped pushed Snoop into the light? Maybe Jesse Ventura never becomes the governor of Minnesota. Maybe the Vikings don’t draft Randy Moss? OH MY GOD MAYBE RANDY MOSS AND DAUNTE CULPEPPER NEVER PLAY TOGETHER???!!!

Who plays Frank Dux since Van Damme is out?

What happens to Van Damme after he doesn’t get Bloodsport?

He gets ninja-flipped back across the ocean is what. Let’s say he still lands his role in Black Eagle. That was a completely forgettable movie. That doesn’t generate anything. Next up is Cyborg, which, if I’m remembering correctly, is him taking a two-hour dump in a postapocalyptic America. Everything disintegrates after that. He doesn’t get cast in Kickboxer, his second-most iconic film (Chuck Norris has to play it, which is a nightmare), then also gets passed over for Death Warrant (a legit great prison movie), Lionheart (also wonderful), Double Impact (TWO JCVDs!), and Universal Soldier, the five movies he was in from 1989 to 1992. Each of those moments spiderwebs into its own tragedy.

We never get his cameo on Friends, which means we never get the rumor that I’m just making up right now that him and Rachel slept together and there’s a sex tape of it circulating somewhere. Bro, can you even imagine how beautiful that theoretical sex was between Van Damme and Aniston? I don’t even wanna think about it because then I’m gonna have a pants situation all day.

We never get Van Damme’s Timecop splits, or any of his other splits, for that matter.

That means we never get that article I wrote about him and all of his splits.

That means I don’t get an email after the video at the top of this post starts to spread around asking me what would’ve happened if JCVD had actually been cast full-time as the Predator.

That means that none of this that I’m even doing right now at this very moment exists.

Everything just folded over onto itself. 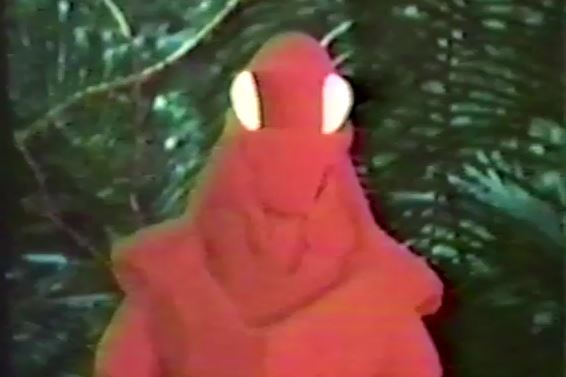 A Viewer's Guide to All Three Cuts of 'Anchorman 2’: Which Version Is Best for You?