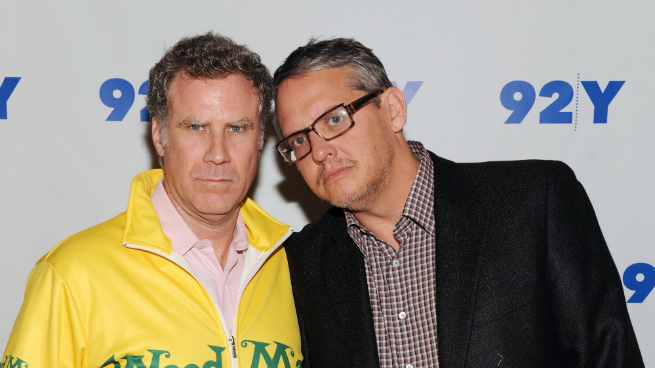 Pilots from outrageously funny, starry people get picked up all the time, and often enough, they become nothing. But NBC seems to have a way of making things work with lovable SNL grads — Tina Fey is writing and producing a sitcom, Maya Rudolph has a variety show coming after the Olympics, Seth Meyers is about to join Jimmy Fallon in late night, and Parks and Rec is enjoying an annual stay of execution. It bodes well for Will Ferrell and Adam McKay, who just saw the network pick up Mission Control, a 1960s workplace pilot that “examines what happens when a strong woman butts heads with a macho astronaut during the race to land on the moon.” If you weren’t already smelling the Sex Panther wafting off your screen, let this snippet of the show’s log line spell it out directly: Yes, it’s “in the tone of Anchorman.”

David Hornsby, who’s written and appeared on It’s Always Sunny in Philadelphia, will helm Mission Control, while Ferrell and McKay executive produce. EW points out that the Funny or Die brofounders have been talking up an astronaut project since 2006. It’ll be interesting to see if the ’60s memory box that Mad Men opened — and barely anyone else managed to get their hands into — can translate to a network comedy, critically or in the ratings. And it might get a little weird watching NASA’s big work get downplayed and simplified in a world where laughs are paramount, but at least it won’t be Ferrell and McKay’s first time in the Old-Timey Gender Politics As Punch Lines rodeo.

Meanwhile, NBC picked up Ellen More or Less, a “story of an average size woman reinventing herself in life and love after losing 100 pounds.” That one’s from Parenthood creator Jason Katims and J.J. Philbin, who’s got writing and production credits on New Girl. There’s also Love Is Relative, a series about a newly divorced man moving in with his sister and her husband, who then “start to see their marriage in a whole new way.” That one’s from Sacha Baron Cohen’s cowriter and producer Dan Mazer. Get used to these concepts and wait for more — you know NBC’s ready to burn Community off the schedule, and something’s gonna have to go there.

Will Fox Actually Blow Up Pilot Season This Time?