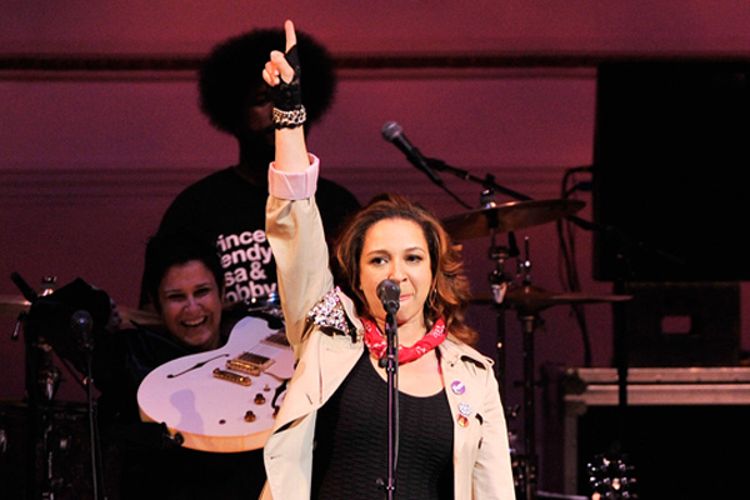 Maya Rudolph is coming back to NBC, and it’s not to lend SNL a momentary famous black lady impression or to appear on a middling sitcom. It’s to [OPRAH VOICE] HAVE HER OWN VARIETY SERIES! Or a pilot, at least. Lorne Michaels is producing, and Deadline hears the pilot will air as a special after the Olympics in February. I have no idea what a Maya Rudolph variety series on NBC prime time will look like, but let’s assume there’ll be impressions and an overall charming glow.

Here’s the first trailer for Divergent, the latest young-adult series to humbly bow before the gods of potential franchise-dom. It looks shimmery, angsty, and intense. Kate Winslet, Maggie Q, and The Descendants‘s Shailene Woodley star. No idea what it’s about.

The most anyone’s ever paid for a painting is now $142.4 million, for Francis Bacon’s Three Studies of Lucian Freud. What’d you buy today?

Zac Efron fell, broke his jaw, and now it’s wired shut. This is your “Through the Wire” moment, Zef. Get to the studio. Get a Chaka Khan sample ready.

Laura Prepon’s Orange Is the New Black role won’t be as reduced as we thought. Also, there’s a mention of Season 3.

Is Disney’s Angelina Jolie–starring Maleficent really going to be that creepy? This teaser screams YES.

Catching Fire‘s soundtrack is streaming. (Hunger Games soundtracks are like the Twilight soundtracks, but cooler and slightly less moody.)

Do not liken movie-making to war in front of Mark Wahlberg.

And watch Donald Glover start his latest Childish Gambino performance on Arsenio Hall’s couch. But then watch the rest, too, because it rules. And Donald’s hair is so long. [h/t Pop Culture Brain]

Death of the Avatar: Rayman Fiesta Run, Dumb Ways to Die, and Limbo