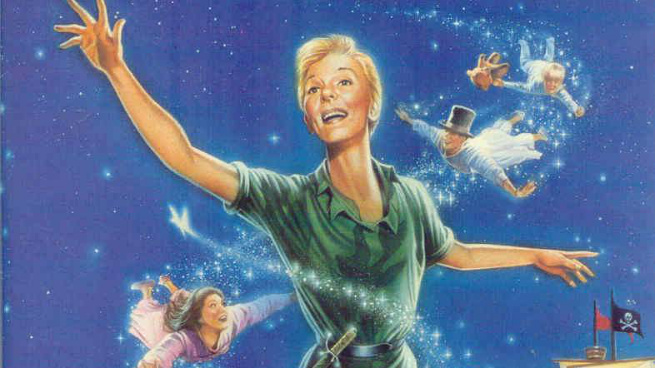 What’s even more suspenseful than waiting for the Oscars? Waiting for NBC to announce its next live holiday-season musical! Since the Carrie Underwood–starring production of The Sound of Music Live got 18 million viewers last month (which is 18 million more people than usually watch NBC lately), it’s no wonder the network is going back to the magic well immediately. This weekend at the Television Critics Association press tour it was announced that NBC’s next live production will be Peter Pan. Will modern kids be enraptured by the 1954 musical version of the J.M. Barrie story? Probably, but also, who cares? Adults will be sure to tune in regardless out of nostalgia for the NBC live telecasts from 1955, ’56, and ’60, which were rebroadcast constantly in the decades afterward. I myself had Peter Pan taped to VHS from one of these airings, and I watched it nonstop as a kid. NBC chairman Robert Greenblatt says the network has “a dream choice” for the role of Peter, but chose not to disclose it.

Some of the Neverland stuff involving Princess Tiger Lily is very dated and racist and will probably be cut. Should we let kids see the racist parts of musicals from the ’50s in order to educate them about how things have changed, or does that just reinforce that things haven’t changed all that much? What happens when it’s time to do West Side Story?

NBC is getting doubly into the whimsical family entertainment business, ordering a series called Emerald City that is “a dark retelling” of the Wizard of Oz. It’s the 75th anniversary of the first Oz book, so Greenblatt is hoping that the L. Frank Baum story will be intriguing to viewers at least by the 76th. Are they hoping to get the audience that is waiting on a film adaptation of Wicked? Maybe some offseason Game of Thrones fans who like fantasy worlds and family sagas? Will it fall into the same traps that ABC’s fairy tale reimagining Once Upon a Time has, starting out with big dreams and ending up with cheap wigs and poor green-screening? I don’t know, but it sounds expensive.