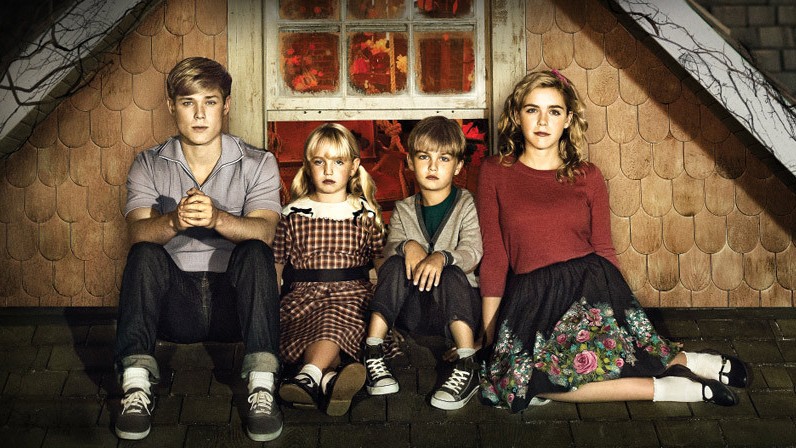 There’s nothing like reading a “forbidden” novel as a preteen. You usually start off with something like Are You There God? It’s Me, Margaret — which by the time I was born had already become a historical text about the extinct accessories of menstruation (belts?) — or (my personal favorite) Sue Townsend’s The Secret Diary of Adrian Mole, Aged 13 3/4, and then think, There must be more of this kind of thing. You hunt down another Judy Blume book, Forever…, which introduces you to the timeless creepiness of a young man who formally introduces his penis as “Ralph.” (“Ralph, this is Katherine. She’s a very good friend of mine.”) Even by the time my friends and I discovered Forever… in the ’90s, it was too retro to seem realistic (you could basically smell the shag carpet and ancient dope smoke), but that was part of its charm. The datedness of these books might have made them more titillating just by including unfamiliar elements (pre-AIDS dating, sexual revolution–era intergenerational frankness, fondue parties): Who doesn’t feel strange during puberty? Who doesn’t want to read about people who are stranger? Adrian Mole wrote worse poetry and had a spottier complexion. Margaret was clueless, lacking Wi-Fi. There was consolation to be had.

When you’ve ripped through your after-hours reading list and you get to Flowers in the Attic, however, things take a U-turn. If you were accustomed to books from the back aisle turning you on a little (or a lot) while also making you giggle in shame, you might have picked this one up because it was supposed to be like the others: banned, and therefore sexy. You weren’t exactly clear about what earned this book its reputation, but quickly you realized it was about something you’d never have the occasion to do — unlike fondue, a few of the drugs in Go Ask Alice, and awkward emissions tended to with Kleenex, you are highly unlikely to (SPOILER, BUT ONLY IF YOU LIVE IN A CAVE) have sex with your sibling while imprisoned in an attic.

The confusion that sets in is mighty and powerful, gripping enough that it became a best seller. The text reads like ’60s pulp filtered through lots of guilt; there are graphic sex scenes that require rape-trigger warnings interspersed with sections that have a fairy-tale formality. It’s hard to shake the feeling that your grandmother is narrating the story (“Oh, golly!” syndrome), which is a boner-killer to be sure, especially when things get kinky. If it was meant to make you intrigued by what books had to offer, it did. Your imagination had been outdone and out-dirtied. Flowers was published in 1979, the first in V.C. Andrews’s five-part Dollanganger series, and both despite and because of the incest that’s framed as inevitable, it makes quite an impression on a young reader.

It’s not without important themes, either: Maybe it’s not as service-y as Forever… was for birth control, but it tackles teenage repression, transgressions, and parental power struggles metaphorically — and well. That’s not why it was made into a Lifetime movie, though. It became a Lifetime movie because the 1987 adaptation scrapped the incest plot (original director Wes Craven wrote it in; his replacement, Jeffrey Bloom, took over when producers objected), and that wrong had to be righted. We didn’t come here to see a bleak film about poisoned children eating each other’s blood because they didn’t have access to food; torn tutus; and insinuations. We wanted everything spelled out for us. You want to see Flowers in the Attic? Lifetime will show you Flowers in the Attic.

The casting of Mad Men’s Kiernan Shipka as Cathy Dollanganger, the novel’s narrator, winks at placing her back in the era of mid-century furniture and Peter Pan collars as well as playing with her Sally Draper–ish defiance. Nobody can shade a mother like Shipka, and without a good Cathy the attic quickly becomes too dark an annex for an extended stay. Flowers, directed by Deborah Chow, has a female-driven plot, with a mother (Heather Graham as Corrine) and grandmother (Ellen Burstyn as Olivia) who serve as two halves of a villainous whole, and they, too, were perfectly placed in their respective roles as sociopathic ditz and Carrie’s mom incarnate. We meet the Dollangangers just before tragedy strikes: The perfectly manicured blonde family becomes financially destitute when father Christopher Sr. is killed in a car crash, leading Corrine to bring her four children (Cathy, Chris Jr., and twins Cory and Carrie) to live in the Foxworth mansion belonging to her parents, from whom Corrine was estranged. In short order, we learn that much of the leisurely, “perfect” Dollanganger lifestyle they all previously enjoyed was a lie, and it’s not just that they have a lot of credit card debt and need to split town before their belongings are repossessed: Chris Sr. was Corrine’s half-uncle, and when the Foxworths discovered the affair, they nixed Corrine’s inheritance and swore that if the Dollangangers had any offspring, they’d be forever marked as evil.

The Foxworth patriarch is ailing, so when Corrine shows up at the doorstep of the mansion with her brood and suitcases, her mother shuttles them off to a bedroom with attic access, reluctantly agreeing to provide them with shelter as long as they never emerge and keep their presence hidden from grandpa. At first it’s stuffy and inconvenient, but as months pass and Corrine evolves from flighty flirt to total Apartment 23 dweller, things get more dire. As Lifetime is always a network enamored of a nice foreshadowing device, Cathy’s relationship to her father is lent a contextually rich intensity in the scenes before his death, and Chris Jr. is as susceptible to his mother’s charms as the lawyer (SPOILER AGAIN) with whom she runs off, abandoning her children and cementing her as an evil, materialistic reprobate with deceptively limpid and vulnerable peepers. Burstyn (in a magnificently scalloped gray wig) is shackled to her angry grimace for the movie’s duration, but she’s somehow still able to channel generations of jealousy and sexual paranoia into the role, especially when she informs the children that “God sees what evil you do behind my back!”

Mason Dye, as Chris Jr., warms up to his role convincingly. At first he and Graham seem miscast, as though they’re boxes of Kashi you’re digging through to find a toy, but they each shed the wholesomeness organically when called to do it. The Dollanganger children are referred to as “Dresden dolls,” and Dye and Graham play accommodating plasticity well. Still, there’s something missing from the movie that the cast’s conviction never quite makes up for (though as Lifetime movies go, this one does transcend the genre on ambition alone). In 400 pages, the novel gradually inducts you into a world that defies explanation, forcing you to care about the twins (one of whom falls victim to a poisoned doughnut) as Cathy and Chris Jr.’s stand-in children after their mother’s visits become less frequent, and to anticipate the unlikely sexual tension between two siblings isolated from the outside world in the upper garrets of the Foxworth abode. Adapting the story for film is like jumping into an ice-cold verboten pool without being afforded the luxury of dipping a toe in first. All of the days, weeks, and years marked with X’s on a wall aren’t easily condensed into a Lifetime time slot, nor is that the kind of time slot appropriate for sibling-on-sibling forced intercourse (we demurely cut away from 14-year-old Shipka and 19-year-old Dye as they share their first, consensualized-for-film, romp).

The memorable trauma of the novel isn’t the incest, but the horrors dealt to the children by Corrine and Olivia, who take differing injurious approaches. Olivia likes the switch, and either withholds affection or simply has none to give; Corrine is all sweetness and generosity until her own needs come into play, and then she’ll slip you arsenic or disappear without a good-bye to ride a gondola on her honeymoon. But you can’t have Flowers without the brother-sister sex, and the all-inclusive movie pass must wrangle all of the horrors into one digestible sitting. That’s nearly impossible.

While this bouquet of Flowers stayed truer to the spirit of Andrews’s novel than the previous adaptation, the impact of reading it was nowhere to be found. The forbidden quality was gone, safety-netted by the boundaries Lifetime has established. What Flowers gave us as teenagers, when we first discovered it, was access to an imaginary world more perverted even than our own  — all of the shame we harbored about our own fantasies was soothed by probing Andrews’s Gothic fable that, in modernized terms, really went there, beyond anything we’d permitted ourselves to consider. The bits of the novel that couldn’t be shown on film are the same passages that made the story so deliciously appealing: These were the unspoken things, the sensations never meant to be experienced in this context, Adrian Mole’s spots under a microscope and the particulars of Margaret’s period. You wanted to know everything about them — and poke at them in the dank basement of literary TMI — but to have someone lay them out for you on film is impractical somehow, heavy on punishing details but light on psychology. It’s the difference between hearing secrets in a dark and whispered conversation versus watching them performed on stage: the intimacy and secrecy are gone, trimmed like the fat that gave it its guiltily savored flavor.