Will Fox Actually Blow Up Pilot Season This Time? 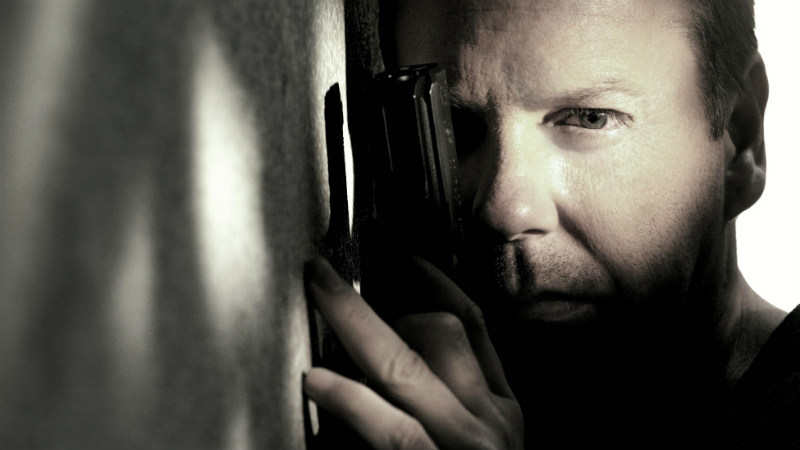 Every year, the broadcast television networks can be counted on for four things:

The latest network to bravely break the chains of pilot season is Fox. (Or at least – and this is key – Fox is the latest to announce that it is breaking the chains of pilot season. This is TV! Image is everything.) At a TCA panel earlier in the week, Fox chairman Kevin Reilly declared  that from here on out, he would be following the pattern he helped establish in his previous gig at FX: green-lighting fewer series throughout the year and scheduling them to debut in seasons other than the fall. By stepping off the annual merry-go-round, Reilly says, he’ll be able to avoid the intense, intra-network competition for scripts and talent. And by paying for small-scale writers’ rooms to make preliminary plans for the pilots he does commission while the pilots are still filming (a practice rare among networks but common on cable), Reilly hopes to minimize the risk inherent in ordering an entire series off of a single episode. “Look at the batting average,” he said with commendable candor. “We couldn’t do any worse.”

If all this sounds a bit familiar, it should. It was just six short years ago that NBC, with great fanfare, announced that it was done not just with pilot season but with pilots altogether. From that point on, then-chairman Jeff Zucker declared, the scripts the network truly believed in would be ordered straight to series. (Besides, when you have a property as hot as The Bionic Woman, why wait?) This, coupled with innovations like “Super-Sized” episodes, was part Zucker’s relentless campaign to cut unnecessary costs and maximize profits. With that in mind, abandoning pilot season was indeed visionary, but only if you subscribe to the theory that the best way to avoid future ankle sprains is to cut off both your legs. Though Zucker was right to suggest there might be wisdom in hopping off the costly pilot train, he picked the wrong time to act on it: NBC’s fortunes cratered even further and the train moved on without it. Adding insult to injury, NBC’s recusal from business as usual also forced them to forgo their vaunted pride of place during network upfronts – the week in May when networks present their new schedules to assorted ad buyers, media, and hangers-on. Traditionally, NBC was always the first network to present on Monday morning. But by the time the Peacock came swooping back to pilot season, it were forced to share Mondays with the network that had smartly stolen its perch. That clever network? Fox.

This is a cautionary tale, but, I’m happy to say, not necessarily a relevant one. First and foremost, all the networks are slowly moving away from the hoary pilot model. Last summer, I wrote about how many of them were beginning to extend their options on promising pilots (and their pricey casts) past the standard May cutoff, arguing that potential wasn’t worth killing just because of the calendar. And the past few months have been filled with surprisingly early announcements from all sides about hot scripts being ordered straight to series. The bulk of these announcements, of course, came from Fox, the network in the best shape out of the four to take exactly these kinds of risks. For one, Reilly simply has fewer hours to fill: only 15 per week as opposed to his rivals’ 22. This means he has less turf to defend and also, as of late, less turnover: Thanks to recent hits Sleepy Hollow and The Following – both of which adhere to a more cable-like season of 15 episodes – and established brands like American Idol and Sunday’s Animation Domination, Reilly can program surgically, with a scalpel. (His more desperate rivals ABC and NBC are forced to use rusty machetes.) It’s easier to reach for new ideas when you have a stable foundation – and similarly stable job security.

I also can’t shake the feeling that Fox wouldn’t be calling attention to its plans in quite the same way if it didn’t have such flashy, established names to help back up the bluster. Fox’s early series orders for 2014-15 include comedy Cabot College, from Tina Fey and 30 Rock writer Matt Hubbard, and drama Backstrom, a Rainn Wilson–starring vehicle originally developed for CBS.

And Reilly has spent the past few months quietly loading up on talent — including Anna Gunn, David Tennant, Nick Nolte, and Oscar nominee Jacki Weaver — for Gracepoint, Fox’s adaptation of the smash British murder mystery Broadchurch. The network’s first shot against the bow of convention arrives this May, with the heavily anticipated launch of 24: Live Another Day, a 12-episode continuation of the kneecap industry’s least favorite show. And the series that drew the most attention during Reilly’s appearance at TCA was Gotham, a drama about the early years of eventual police commissioner Jim Gordon as he takes on a corrupt city, a mostly uncontested rogue’s gallery, and, inevitably, the meddling presence of a gravelly-voiced 12-year-old  named Bruce Wayne. These are noisy projects, destined to draw attention regardless of how they were conceived or when they were launched.

Because I do think the latter point still matters. In a fascinating New York Times story over the weekend, reporter Dave Itzkoff unpacked the thinking behind television’s overstuffed Sunday nights. Not only are ratings traditionally higher on Sundays, but it seems that, after a decade of excellence, audiences have come to equate the first night of the week with quality. Even with the increased competition, cable channels have realized that it’s simply not worth programming on, say, Tuesdays: Audiences will simply assume the project isn’t serious and will ignore it.

I bring this up because, as of now, network viewers are accustomed to sidling up to the buffet table for new programming twice a year: at the start of the season in September and again in January. Fox’s biggest risk in rolling its debuts throughout the year — and adapting the British model for its dramas, meaning the length of their seasons would vary depending on the show — might lead to discovering that audiences aren’t ready to roll with them. Even with streaming partners like Hulu, Fox doesn’t have the luxury of a Showtime or an HBO, which can simply rerun premieres ad infinitum, trawling for viewers like industrial fishermen hunting for tuna. Fox’s new mind-set may be cable-like, but Fox isn’t on cable: The new shows will still have to deal with the enormous pressure of next-day ratings, itchy corporate trigger fingers, and the presence of entrenched competition. If Gracepoint is lauded by critics but annihilated by The Big Bang Theory, will Reilly be able to make the same sort of arguments that AMC makes about Mad Men: that the few people who did watch the show were the “right” kind of people in terms of advertising metrics and that quality adds to his bottom line in ways craven capitalists can’t immediately see?

I’m not so sure. I applaud Kevin Reilly’s forward thinking, and I have no doubt it will result in better shows and smarter decision making. I just hope that audiences are ready to move ahead with him.

If not, I have a feeling Christian Slater will be available.