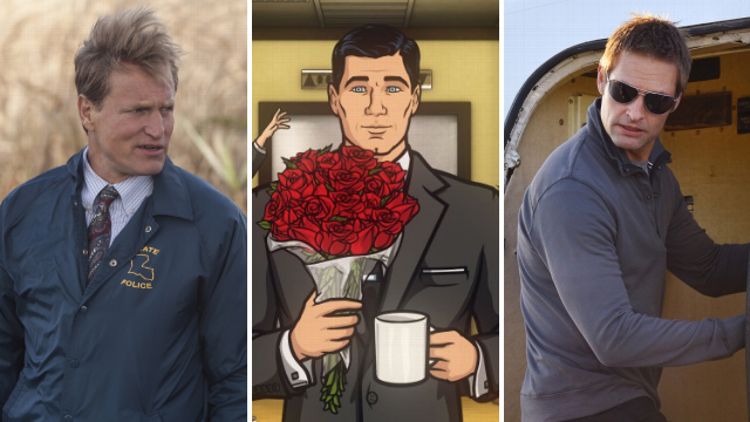 For shivering bootblacks in Westeros or frustrated TV fans here on Earth, the phrase “winter is coming” was once equally terrifying. One promised an interminable tundra of life-freezing ice; the other the same thing but with reruns. (Your mileage may vary on which sounds worse.) Now, for the hardy Earthling at least, winter is suddenly bountiful. The next few weeks bring with them a blizzard of television choices, from glittering debuts to welcome returns and everything in between. No longer a wasteland of bad repeats and worse reality diversions, January is now prime time for the couchbound.

How and why did this happen? For the broadcast networks, the thinking is simple. Each new year brings with it a chance for a fresh start — or at least a fresher start than the one they all attempted just four months ago. Though the fall still marks the “official” beginning of the television season, disruptions both planned (the baseball playoffs on Fox) and unplanned (the quick implosion of never-shouldas like Lucky 7 and Welcome to the Family) mean that the big four are rarely able to establish anything resembling a rhythm. Turning a page on the calendar gives embattled executives like ABC’s Paul Lee a chance to reboot — though with drab offerings like The Assets (the lowest-rated network drama premiere in history!) and tomorrow’s Killer Women, the next thing getting booted might just be Lee himself. NBC got a jump on its resolutions last week by resurrecting Community (with mixed, if steady, results); on Wednesday, the Peacock will attempt to duplicate its quasi-successes from last season with the return of the increasingly silly Revolution and the debut of Chicago PD, a clone of the lunky Chicago Fire. (Should it work, Chicago DMV seems all but inevitable.) Thanks to the massive popularity of the football playoffs, Fox likes to use January as a launching pad for its shorter-running, quasi-prestige projects like the bloody (and, to my mind, bloody awful) The Following (back January 19) and its Greg Kinnear showcase Rake (January 23) while CBS, in true CBS fashion, just treads water and drops the occasional shirtless Sawyer to spice things up. (Josh Holloway’s first TV gig since Lost, the Wi-Fi super-soldier procedural Intelligence, debuts tomorrow night.)

But what’s happening on the Big Four networks represents mere flurries in the face of the blizzard that’s roaring toward us on nearly every channel. Splashy debuts are imminent on everything from IFC (the gonzo, Will Ferrell–produced miniseries The Spoils of Babylon) to Starz (pirate drama Black Sails — not to be confused with NBC’s own midseason pirate drama, Crossbones, which has yet to be scheduled). Cinemax is bringing back its deliciously pulpy hit Banshee on Friday. And even staid old PBS is popping its (starched) collar with the eagerly awaited returns of Downton Abbey (last night) and the truly excellent Sherlock (January 19).

It’s possible to make the case that winter works especially well for big premieres like these since, thanks to the weather, a good portion of the country can safely be considered to be a captive audience. But the real reason for the deluge is more prosaic: There’s simply too much TV to be constrained by an antiquated definition of a schedule. What might have once been considered savvy counterprogramming has, thanks to a surfeit of both content and providers, been revealed to be just regular old programming. HBO is debuting two heavily hyped new series (the inkjet black True Detective — more on that from me later this week — and the rom-dram Looking) and bringing back Girls for its third season not because any of these shows are particularly chilly (though True Detective is about as cuddly as a rabid nutria) but because this is the one 2014 window not already occupied by its other, preexisting, heavily hyped series. This is also true for HBO’s equally stuffed rivals Showtime (which has its troika of Shameless, House of Lies, and Episodes all returning on Sunday) and FX (Justified saddles up for its fifth season on Tuesday; Archer, now paired with gay rapper cartoon Chozen, is back next week). This isn’t an embarrassment of riches. It’s the new normal for an overly extended audience only beginning to accustom itself to the wealth of viewing options now available year-round.

Just don’t expect much of a breather anytime soon. If you can make it through the month without taking to your Betty Draper fainting couch™ or applying to Obamacare for Geordi La Forge eye surgery, February promises the return of Netflix’s House of Cards and my most anticipated show of 2014, the second season of FX’s The Americans. A month after that? A little show called Game of Thrones. Consider it your reward for surviving what’s turning out to be TV’s long winter of content.

Steven Seagal Pretends to Mull Run for Arizona Governor, Pretends to Know What He's Talking About