Should You Watch? FX’s New Comedies, ‘Married’ and ‘You’re the Worst’ 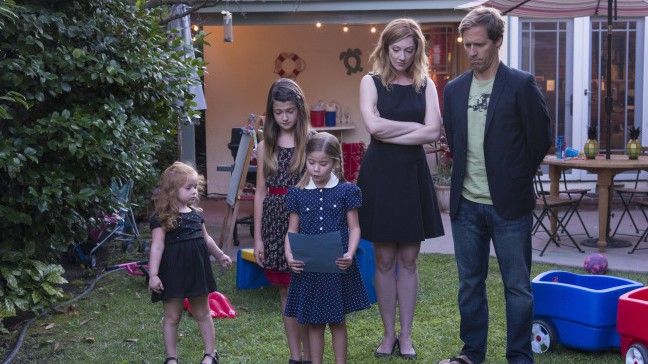 Tonight begining at 10 p.m., FX premieres two new sitcoms: Married and You’re the Worst. Both are vulgar, openly contemptuous of romance, and feature casual cocaine use. But enough about the good parts. Should you, the harried consumer, tune in?

THE CREATOR: Andrew Gurland (The Last Exorcism, The Virginity Hit)

THE PREMISE: Russ (Faxon) and Lina (Greer) aren’t just married, they’re TV-comedy married, which means they are utterly and totally exhausted with one another. Through the blurry haze of carpool lanes and fish food, the two are less loving spouses and more enemy combatants trapped in the same suburban foxhole.

SHOULD YOU WATCH? In a word: no. At least not tonight. The pilot, which features the flaccid Russ attempting to pursue a Lina-sanctioned affair only to end up buying a puppy for an emotionally unbalanced personal groomer, is a nasty piece of work. Though there are a few flashes of humanity — a stray snuggle with their three daughters, a knowing look, the beery camaraderie Faxon shares with his buddies (Gelman and Slate) — the rest of Married is so desperate to be cutting that it doesn’t care who it hurts. Greer, so often the life of the party, is ill-cast as a sex-averse doormat, and Faxon’s horny fumbling calls out for sympathy but deserves only pity. It’s the same sort of cynical, warts-and-all quasi-honesty that sank Judd Apatow’s cry for help This Is 40.

So, by all means, skip tonight. But if you’ve made it through the last paragraph without gagging, here’s a surprise twist: You really should tune in next week. Comedy pilots are often very different animals from comedy series. Loud and demanding, they’re written to attract the attention of jaded studio execs, not to establish a lasting commitment from an audience. And though Russ and Lina’s union appears shaky at the start, it improves radically in Week 2 thanks to some smart recalibrating. In a break from the one-sided pilot, next week’s “The Shower” presents Lina as an equal partner to Russ in both work and play. (Slate, who has never been better, is an excellent foil for Greer as they do shots, house tacos, and each take full advantage of having hired babysitters.) Faxon’s unhurried charm begins to seep into the show like secondhand smoke — the type of smoke he and his pals share in the alley behind their favorite bar. Even better, there’s a developing sense that Married might not be a show dedicated to surveying the wreckage of a relationship and instead might focus on the stray glimmers of hope.

The version of Married that premieres tonight, with its aggravating kids and nagging wives, is riddled with easy comedy. To Gurland’s credit, the second episode attempts something much more difficult: to be funny without being cheap, to be honest without being mean. Married requires work. But then, so, too, does the real thing. 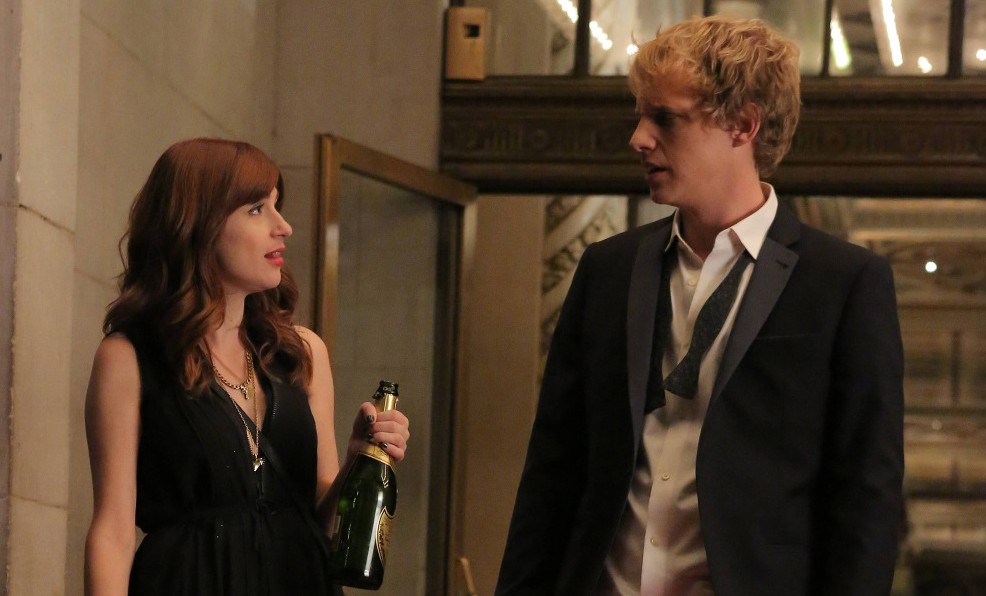 THE SHOW: You’re the Worst

THE CREATOR: Stephen Falk (Weeds, Orange Is the New Black)

THE PREMISE: Jimmy (Geere) is an English asshole living in Los Angeles. Gretchen (Cash) is a spiky commitment-phobe doing the same. They shouldn’t be together but somehow kind of are.

SHOULD YOU WATCH? Surprisingly, yes. After devoting what feels like a large percentage of my time these past few years to watching and dismissing various networks’ attempts at the Holy Grail — a successful sexy sitcom about acidic young people — I was highly skeptical about FX’s attempt to master the genre. After all, we’re only a few months removed from the toxic swill that was Mixology, a show with such contempt for humanity it was impossible to endure without a cocktail.

On You’re the Worst that bile is the point — and also a misdirect. Jimmy is a writer whose large advance has bought him a beautiful Silver Lake house (that he shares with Desmin Borges’s Edgar, a vaguely sketched-out weed dealer turned veteran) and a reservoir’s worth of resentment: toward the people who didn’t buy his book — which is most of them — and toward the women who have rejected him along the way. One such woman is the engine for the plot: We meet Jimmy as he’s lustily sabotaging an ex’s wedding. After being literally kicked to the curb, he crosses paths with Gretchen, a fellow refugee from the ceremony (she’s stealing a blender). Just as bad apples tend to fall from the tree, the two quickly tumble into Jimmy’s bed for a night of acrobatic (and remarkably explicit for basic cable!) sex. The two are so wrong for each other they’re obviously right. They can’t stop laughing at each other’s awfulness and tickling each other’s insecurities — among other things. It’s not a story of will they/won’t they. After all, they barely stop. It’s a question of why they will — and for how long.

Though relatively unknown, Geere and (especially) Cash are sharp and winning; they don’t trade banter as much as they hot box it. The terrible things they say to one another — about back fat, hipster restaurants, and periods (“the Red Wings are in town for a five-game series”) — would be shocking if they weren’t so consistently funny. But here’s the dirtiest secret of You’re the Worst: It’s not nearly as naughty as it appears to be. Falk has had far too much experience writing fully fleshed-out misfits on Jenji Kohan shows to let the sourness completely overtake the sweet. Jimmy knows he’s ridiculous and laughs about it. Gretchen, who toils as a music publicist, isn’t tragic and broken — she’s just made peace with her many cracks. Every time they threaten to collapse into crass cartoons, the two manage to claw their way back into actual characters. Sure, they play rough. But it’s a treat just to watch them play.