‘The Strain’ Preview: Will FX’s Viral Vampire Series Infect or Repulse You? 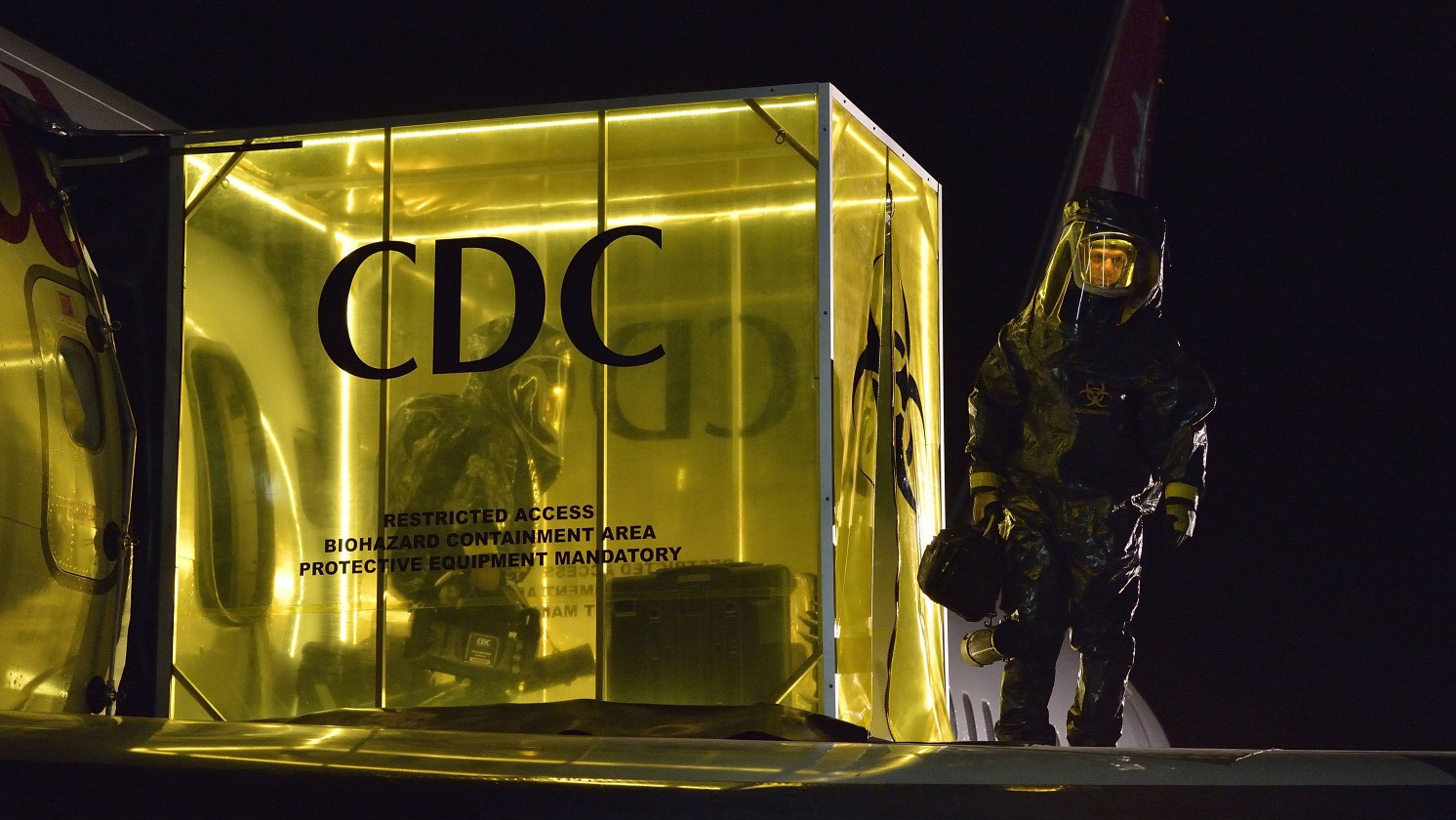 “A good story always trumps the truth,” says one scheming character to another early in the second episode of The Strain. It’s a sentiment worth writing down and saving. The icky FX vampire-virus series, which premieres Sunday night at 10 p.m. ET, makes no bones about its uninterest in plausibility. (It makes plenty of bones out of other things, including most of the population of Manhattan.) This is, after all, the sort of show in which a man named Goodweather squares off against the Stoneheart Group over a nine-foot German coffin, a show in which Latino characters helpfully end each sentence with a lusty Spanish swear, and steampunk pawn shops in Harlem stay open all night. Forget all the blood-sucking and skull-smashing for a second: The Strain is a show that asks its audience to accept star Corey Stoll as a man with a full head of hair — a full head of hair that looks like this.

So a documentary The Strain is definitely not. Which is fine! TV needs more flights of fancy. What’s worrisome about the first few hours of the series, which has been adapted by filmmaker Guillermo del Toro (Pacific Rim) and novelist Chuck Hogan (Prince of Thieves — filmed by Ben Affleck as The Town) from their own trilogy of books, is how little room there is for any kind of truth at all: in emotion, in character, or in dialogue. In Sunday’s pilot, the show’s impressively unsettling big ideas (an airplane lands at JFK with nearly everyone aboard dead; vampirism is a virus spread through thousands of wriggling, biting white worms) are nearly undone by the dunderheadedness of their execution. The opening hour is riddled with moments of such extreme stupidity — characters wandering into the most dangerous possible places alone, Stoll’s Dr. Ephraim “Eph” Goodweather (!) and his deputy, Sean Astin’s Jim Kent, holding a contest to see who can say each other’s name more often in a single scene — that it had me convinced I was watching a Z-movie bound for the graveyard shift on Cinemax, not FX’s highly hyped attempt at killing The Walking Dead. When, in the midst of juggling his investigation into the origins of the vamp virus with a custody hearing for his doe-eyed son (sigh) and tussles with a boss who Just Doesn’t Get It (double sigh), Dr. Goodweather actually barks, “I don’t have time for this shit!” I found myself happily nodding in agreement. 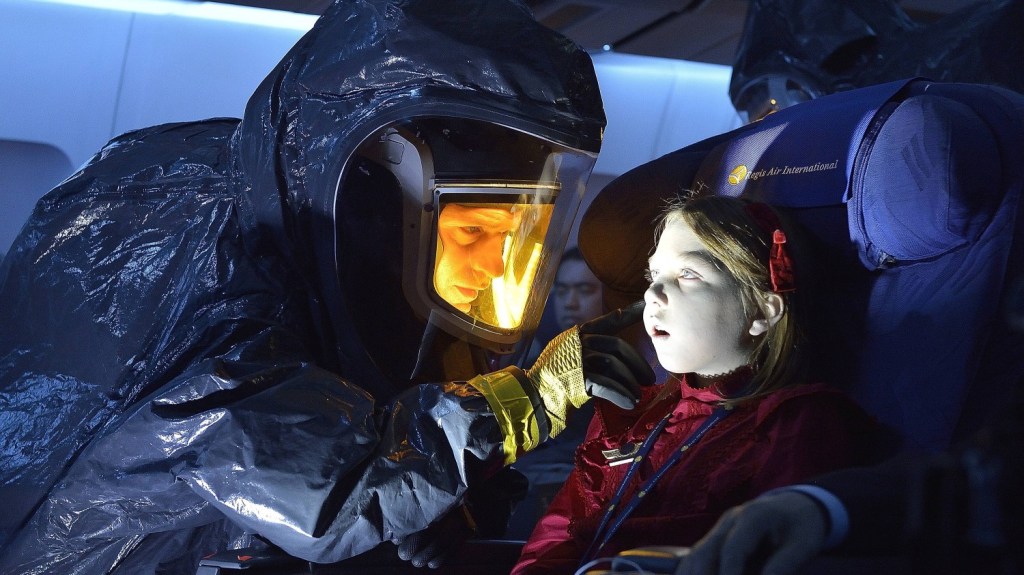 But wait! This is pulp horror! It’s supposed to be ridiculous! Maybe. Though I’m generally wary of entertainment that attempts to pass off its flaws as virtues, The Strain has enough flashes of gonzo inspiration to keep me from dismissing it outright. The line between unreality and surreality is a tough one to navigate, and the show is at its best when it crunches down into it with both fangs: Here’s David Bradley, last seen delivering the world’s worst wedding toast on Game of Thrones, as a sword-wielding Holocaust survivor having a conversation with a human heart floating in a jar; there’s the great German actor Richard Sammel as an ageless Nazi bloodsucker, sitting regally in front of a makeup mirror as he delicately applies his human face. The vampires, when they finally emerge, don’t bite or suck like most of Dracula’s many tedious descendants. They positively ravage, shooting hentai-like appendages out from their mouths in order to feast. They are to necks what Joey Chestnut is to hot dogs.

Lost man Carlton Cuse is running the show day to day, but these lurid flourishes are easily recognizable as the work of del Toro, cinema’s most gleeful genre fetishist. Though he’s brought none of his trademark visual zeal with him to the small screen (the pilot is so drab I had to check twice to make sure he had actually directed it), it’s still possible for his enthusiasm for goofy gore to wriggle under your skin like one of those pesky blood worms. Sunday night’s episode climaxes with the sight of corpses climbing off autopsy tables to the beat of a Neil Diamond song. It’s a spectacle only del Toro could have pulled off. It had me holding my stomach and covering my eyes, stuck halfway between a laugh and a retch.

Now that I think of it, much of The Strain left me teetering between those extremes. Stoll is an aggressively likable actor and his time on House of Cards has given him crucial experience on how to play a bleeding heart in a room full of thirsty monsters. The promise of watching him team up with the snarling Bradley and Kevin Durand, who plays a Russian health inspector like he’s auditioning for a role in a deli case, is plenty appealing. (If only the sly Argentine actor Mía Maestro, as Goodweather’s trusty no. 2, had more to do than assure her boss what a good man he is. Damn it, Jim, she’s a doctor, not an inspirational calendar!) As much as I rolled my eyes at the first few hours, I never quite managed to tear them away. And by the time I got to the end of the third episode, when something happens to Jack Kesy’s Marilyn Manson–esque rocker that will have you reaching for the plunger, I couldn’t help but wonder if I too had been infected. Was this newfound taste for blood permanent? Or was it that I had simply grown too weak to fight the stupid any longer? The answer, like Corey Stoll’s hairline, will be revealed soon enough.

Video on Demand Report: For Those of You Nowhere Near the 353 Screens Where 'Snowpiercer' Is Currently Playing

Hashtag TrueDetectiveSeason2: Colin Farrell's in Talks to Join the Show