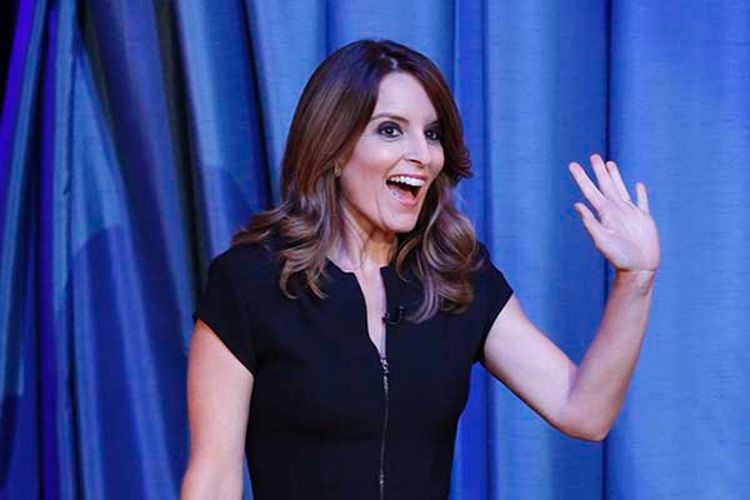 Since not even NBC is crazy enough to stay out of the Tina Fey business for too long, the Peacock has ordered 13 episodes of a sitcom that Fey and her 30 Rock co-executive producer Robert Carlock will write and produce together. Ellie Kemper will star as a woman who “escapes from a doomsday cult and starts life over in New York City.” On the one hand, it’s NYC again. Buuuttt … Erin from The Office blundering into the big city could be fun! The show will debut next fall, right around the time people are celebrating the eight-month anniversary of Fey’s second time nailing the Golden Globes alongside Amy Poehler.

Speaking of A-Poehlz and former SNLers in general, why not watch a newly posted sketch Amy and Will Ferrell did on Late Night with Conan O’Brien back in 1997?

The Addams Family will become an animated feature film from the writer of Corpse Bride and Monster House, planting the theme song in a whole new generation’s brains forever.

Enjoy (the idea of) some Parks and Rec Halloween candies, courtesy of Uproxx. Why can’t Dammit Jerrys be real?

Embarrassed how excited the last Lego Movie trailer had you? AVOID THIS ONE LIKE A PLAGUE OF MEGA BLOKS.

Google Glass will earn you a traffic ticket. This will become the battle of our times.

Michael Fassbender is eyeing the gangster movie Trespass Against Us, in which he’d play “a man who wants out of his outlaw family’s multi-generational criminal ways.”

Didn’t think Eminem or Eminem’s people would feel the need to roll out half of MMLP2 before the street date, but here’s the Kendrick Lamar collaboration, “Love Game.” It has a sitcom-theme-song beat and is the most made-for-Kendrick thing since Schoolboy Q’s “Collard Greens.”

Spike Lee may direct Justin Timberlake in a movie about record executive Neil Bogart. That won’t make us forget about all the 20/20 Experiences, but OK.