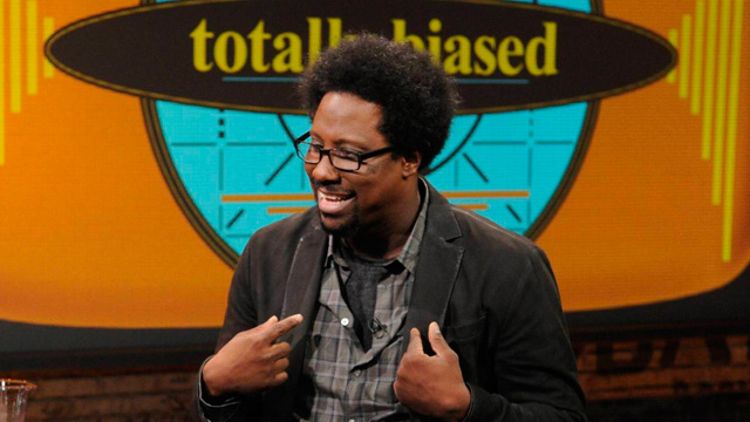 This fall, comedian W. Kamau Bell more or less found himself the de facto face of FX’s comedy-leaning offshoot, FXX. Bell’s Totally Biased — a bright spot of diversity and progressive real talk in the late-night arena, executive produced and co-created by Chris Rock — was upgraded from one episode per week to five. (The League and It’s Always Sunny in Philadelphia are airing new seasons on the network, but at nothing close to this volume.) Now Bell might have a problem: On the nights when Biased is the only original programming — every weeknight but Wednesday — viewership is alarmingly low. “For instance, on Monday, the show drew only 12,000 total viewers at 11 p.m.,” Deadline reports. “Its adults 18-49 delivery was 4,000. In FXX’s target demo of adults 18-34 it averaged 3,000 viewers, while its young adults aged 18-24 audience was so minuscule, it was listed as 0 on the Nielsen charts. To put it in perspective, the second lowest rated cable late-night show among adults 18-49 on Monday, The Pete Holmes Show, averaged 245,000 in the demo. That’s 61 times Totally Biased‘s tally.”

I’ve been watching Totally Biased and finding it both essential and lovable even as it publicly works to discover its voice, and I have a few caveats that should get tagged onto Deadline’s gloom right away:

“Totally Biased is well received and liked by FX brass, but a cancellation is looming unless the show mounts a ratings turnaround,” Deadline concludes. Hold on — about that brass. BuzzFeed writer Michael Tedder spent some time with the Totally Biased team in August, just before the show began airing five nights a week. FX president John Landgraf was vocal about his readiness to be patient with the show’s ratings, telling Tedder, “On one hand you could look at [Biased‘s role with the new network] as a lot of pressure, but I look at it from the other perspective — you put a fledgling show on a fledgling network and you give them the opportunity to grow together. I don’t expect Kamau to come out of the gate and beat Jimmy Fallon and The Daily Show. They’re both going to be works in progress for some time. And I like that.” Landgraf went on to call Bell’s point of view “unlike anything I see on television, like nothing I’ve seen a late-night show built around.” Which is just true:

It’s also good to recall that, exempting Andy Greenwald favorite Terriers, FX has a good record with underdogs and unexpected series. “That’s kind of what’s always been one of the hallmarks of our channel,” Landgraf told BuzzFeed. “No one had ever heard of Shawn Ryan when he created The Shield. The It’s Always Sunny guys had literally no experience. It took years of patience. What is the challenge of betting on the guy who is the hottest thing in the world, coming off a massive success? The genius is trying to figure out who has the potential to grow into that over time.”

Bell didn’t seem too pressed back in August, either. “FX is actively not trying to get the biggest audience possible. They’re going after the most intense audience possible,” he told BuzzFeed. “Our job is to think about how we do this show as good as possible so it becomes a thing.” And any show that came up with this segment …

… deserves a nice long shot at becoming a thing. (Or at least a chance to go back to one episode a week and see how that turns out?!)

The CW Is Making a TV Show Based on Fred Durst's Life? Great!