The CW Is Making a TV Show Based on Fred Durst’s Life? Great! 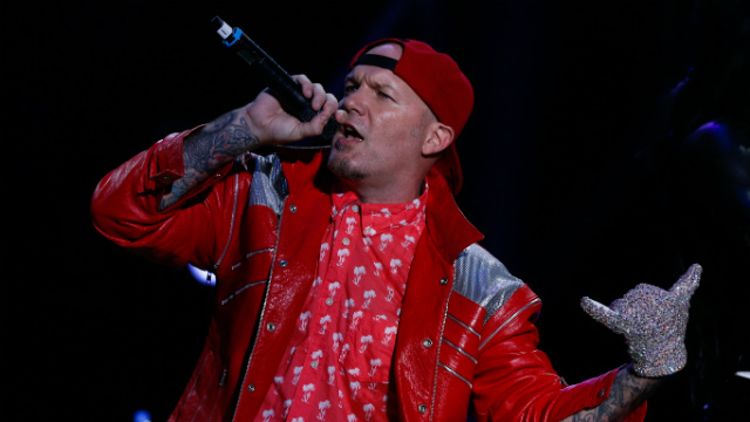 I’ve written before, at length, of my sober admiration for the survival instincts of Fred Durst, so I won’t make too big a deal of this. But let’s be real: That the CW, a real-enough network, wants in on the Bizkit business 16 years after he warbled George Michael is another notch in Durst’s bedpost. A man like him should have been dead a thousand times by now. But he can’t stop. He won’t stop.

The details, via TV Guide: “The CW is developing a one-hour drama project with the Limp Bizkit frontman based on his life. The Noise, created by Durst, chronicles the rise of a young artist in the 1990s who escapes a tumultuous home life and forms a wildly popular band with a unique sound. … Durst is a co-executive producer on the script, while Miles Feld is writing. Eric Tannenbaum and Kim Tannenbaum are executive producers, through CBS TV Studios. This marks the second time Durst has worked on a TV series about his life. Two years ago CBS developed the sitcom Douchebag, also with Durst and the Tannenbaums, about a rock star balancing his wild ways and his young family.”

The Tannenbaums have an expansive credits backlog that would, inferring solely from their ongoing support of Mr. Durst, possibly not surprise you, including work on Two and a Half Men, Rob Schneider’s doomed CBS pilot, and this year’s quickly canceled We Are Men. But look it at another way: The Tannenbaums are TV professionals, at the very least adept at getting shows on the air. And they believe in the Bizkit. And why shouldn’t they?

Put aside whatever aversion you may have for the sound or aesthetics, and accept this: The tale of a young man from Jacksonville breaking out of strip-mall anonymity to sell millions of albums and achieve international fame, and doing so on very little discernible talent but goddamn boatloads of pluck? That there’s a good story.

Filed Under: The Cw

See all The Cw