Justin Bieber Went to Jail Again, This Time in Toronto 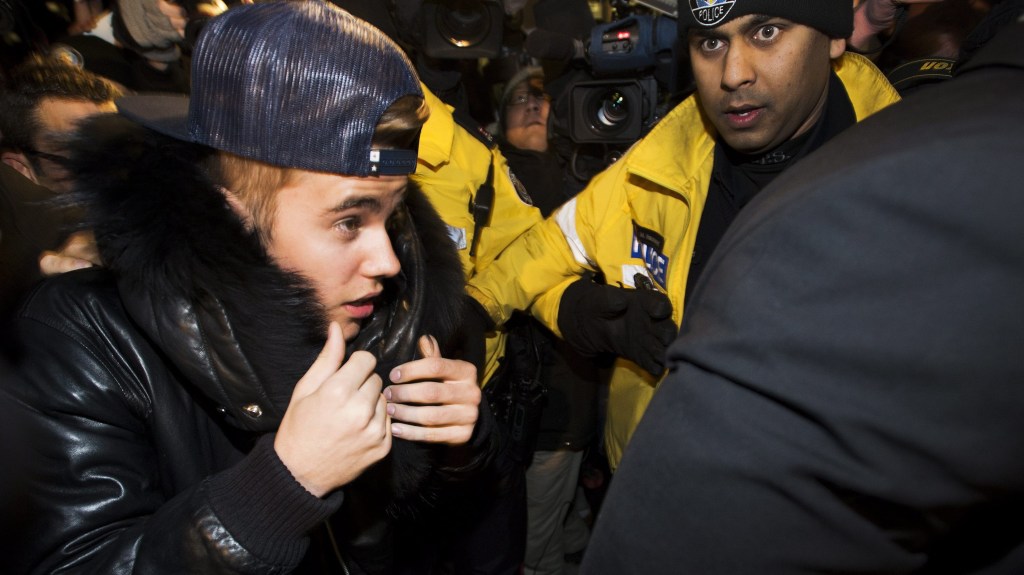 Looks like the #deportbieber crowd can give it a rest for at least a minute, because JB willingly returned to his native Canada on Wednesday to turn himself in on an assault charge. Apparently the Biebs and some friends hired a limo on December 30 and someone wound up hitting the driver in the head numerous times after a dispute. (Aren’t Bieber and his affiliates rich enough to pay people specifically for this reason, if they’ve got so much aggression?) The alleged assailant — which must have been Bieber, if he turned himself in? — fled the scene before police arrived. Nonetheless, Swaggy’s ever-shrieking fans greeted him outside the police station when it was time to make things right with the law.

“Our position is that Mr. Bieber is innocent,” says Bieber’s attorney, who anticipates the case will be tried as summary offense, Canada’s version of a misdemeanor. “As the matter is now before the courts, it would be inappropriate to address the specifics of either the allegation or the defense at this time.” One whole week ago, Bieber was arrested for street racing in Miami under the influence of alcohol, marijuana, and prescription medication; his bail was set at $2,500. Last night in Toronto, Bieber was able to leave the police station after two hours. He now has a Miami court date scheduled for February 14 and a Toronto court date on March 10.

Of course there’s the off chance that Bieber did all this just to promote his new video, which he announced on Instagram last night. It’s called, er, “Confident.”

A Vintage Daniel Craig–Sienna Miller Cheating Scandal ... and Other Unearthed Gems From This Week's Tabloids