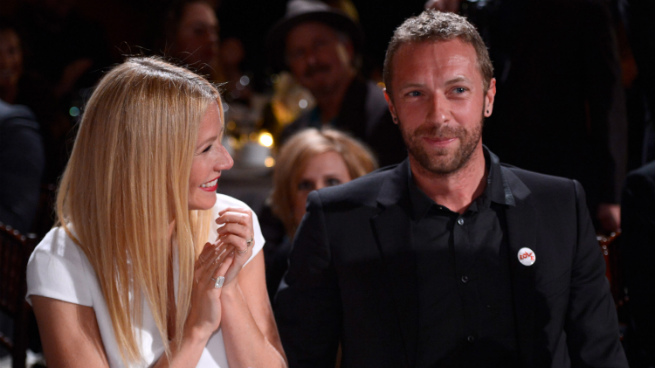 Late in the day yesterday, Gwyneth Paltrow and Chris Martin announced their separation on Gwyneth’s website, Goop, in a post entitled “Conscious Uncoupling.” The great white disaster of our time came as little shock to anyone vaguely aware of goings-on in the Goopiverse as of late; just last month a widely circulated rumor originating on the anonymous secret-sharing app Whisper hinted that Paltrow had been cheating on Martin with entertainment lawyer Kevin Yorn (singer Pete Yorn’s brother), and all this was on the heels of the underwhelming denouement of what was to be a huge Paltrow exposé in Vanity Fair. We may never know what Graydon Carter’s upscale tabloid intended to reveal about Gwyneth; what we secretly hoped it would reveal probably said more about us than it did about Paltrow. The same goes for our reactions to yesterday’s uncoupling, conscious or otherwise.

I’ve always been a Gwyneth defender, despite my better judgment, for reasons as much to do with sentimentality for her ’90s film career as the aspirational lifestyle she’s peddled in recent years. Where many of her critics see oblivious privilege and classism, I see … oblivious privilege and classism, but none of it ever read as mean-spirited or deliberately exclusionary to me. As understandably hateable as it is, there is something sweetly Pollyannaish about the unattainable Gwyneth Paltrow lifestyle. Paltrow humbly suggests that we let them eat miso watercress soup and has her more enlightened friends weigh in on why she was spiritually justified in friend-dumping Winona Ryder. But she’s a seeker in her own cold-pressed way; the Goop brand, especially its spiritual side, is a blinkered, Walter White–esque, formula-obsessed, Quixotic quest for purity, operating in a universe that doesn’t really exist. If your diet is clean, she seems to be telling us, then your mind will be clean, and you’ll be in a proper state to buy some $800 throws. It’s an almost heartbreakingly optimistic view of life, wildly aspirational probably even to Gwyneth, but not without its periodically useful nuggets.

I’ve always believed in the ramen-stained dorm-room September issue; in finding a way to contextualize a purported authority figure’s idea of perfection into your own messy life. When I was a census worker making about $100 a week, my roommate and I would re-create Gwyneth’s detox smoothies on a kitchen counter still littered with cheap wine empties from the night before. Despite our vastly different socioeconomic positions, I never resented Gwyneth, because I never saw her lifestyle as a direct imposition on my own. Lifestyle brands, like religions, are less daunting the less fundamentalist your approach to them is. I still don’t generally have the time for nightly Epsom salt detox baths, but it seems like a nice idea.

All this is to say: The general snarking at Gwyneth’s expense over this recent snag in her personal life seems tone-deaf. While it’s probably a waste of energy to personally mourn the life tragedies of celebrities we’ve never met and probably never will, so is exalting in them, and the overall sentiment of most of the reactions I’ve seen have been “Hah! That’s what she gets for thinking she could have a perfect life!” If you actually believed Paltrow’s life was perfect, that’s kind of on you for taking every blog post and flowery Vogue profile literally (and not reading the tabloids!). Weirder still is the idea that the divorce somehow makes her more relatable, playing into the sad-but-true fact that the media is always much more comfortable with a woman in trouble than a woman who appears to “have it all.”

When it was first launched in 2008, Goop was widely understood to be Gwyneth’s expensive housewife hobby, an idle brag and the next logical step after marrying a rock star, having two beautiful children, and voluntarily withdrawing from show business. But the timing also coincides with Paltrow’s recovery from postpartum depression after the birth of her son, Moses, and is just as transparently a redirection of energy after a period of genuine emotional devastation. It’s her Hameau de la Reine, its excess (and asceticism) underpinned by darker realities.

Cheating rumors have dogged Paltrow and Martin for a while, most notably what was said to be a drawn-out affair between Martin and Kate Bosworth, who Martin reportedly told Paltrow reminded him of a “younger version” of her. It was sometime in 2012, after these rumors had coagulated into accepted fact, along with allegations from the New York Times that she had a ghostwriter/chef write her first cookbook, My Father’s Daughter, that the rhetoric of the Goop empire started to soften. She made a hilarious (and relatable!™) drunk Skype appearance on The Rachael Ray Show to defend her book, and infamously admitted to Harper’s Bazaar that her secret to happiness was “my one light American Spirit that I smoke once a week, on Saturday night.”

Perhaps most eyebrow-raising of all was an interview during the promotion for 2012’s Contagion, in which, when asked about married life, she said, “Life is complicated and long and I know people that I respect and admire and look up to who have had extra-marital affairs.” If it wasn’t a strained attempt to explain away the rumors surrounding Martin, it just as easily read as a disclaimer for her own future indiscretions. “It’s like we’re flawed — we’re human beings and sometimes you make choices that other people are going to judge … the more I live my life, the more I learn not to judge people for what they do.” Like the rest of the teachings of Goop, it’s an incredibly naive, privileged thing to say, but in retrospect a hypothetically nice thought before what’s sure to be a media shitstorm surrounding her own divorce and alleged infidelity.

On December 20, 2012, she posted a blog entry entitled “Perfect” in the “Be” section of her website (the same section under which “Conscious Uncoupling” is filed). It read:

Striving for achieving a sense of perfection has been a misguided belief in my life, often leading me down the wrong path. It has made me, at times, place value on the wrong things. It has made me not listen to my true self for fear that I would somehow fail in another’s eyes. I was curious as to how the idea of perfection has become so pervasive in our society, how it begins, how it hurts us and perhaps, even, if it carries a certain benefit.

P.S. This week, we also feature four charities that we believe in. Scroll down to learn more.

In yesterday’s post, Martin and Paltrow were fairly upfront about the last year of their marriage, admitting they had taken time away from each other while trying to sort out the fate of their union. This presumably accounts for Martin’s attempt to buy a separate home in Brentwood and the couple eventually both relocating to L.A. late last year. The couple’s statement is followed by a longer contribution from Gwyneth’s resident self-help gurus, Drs. Habib Sadeghi and Sherry Sami, who kind of insanely put the split in an anthropological context, pointing out that “for the vast majority of history, humans lived relatively short lives — and accordingly, they weren’t in relationships with the same person for 25 to 50 years.” It’s hard to admit failure, and if Gwyneth needs to compare herself to Paleolithic humans to gain perspective on the disintegration of her marriage, then, hey, we all have coping mechanisms. Hopefully she’s also got a nice bottle of vintage pinot and an American Spirit as well. Hell, have the whole pack. It’s all good.