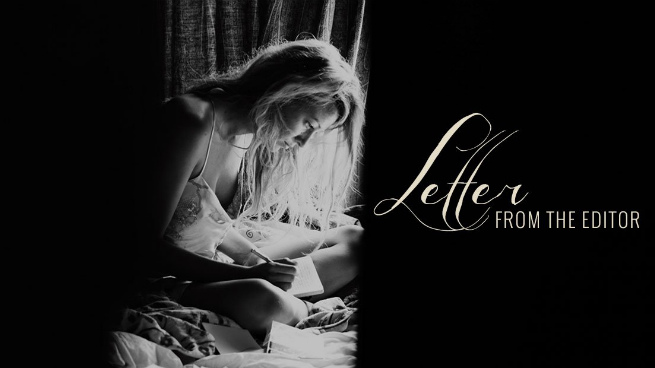 This week, American actress and one-woman empire Blake Lively launched her long-awaited lifestyle website, Preserve. As is the case with any celebrity lifestyle brand, the key question for both creator and audience is, “Who is the Preserve Girl?” We’ve spent the last 48 hours endlessly combing through its labyrinthine, aggressively yellowed pages to answer that very question. Here’s our best guess.

The Preserve Girl is riding a cruiser bicycle down the sidewalk to a free festival. She didn’t notice, but she just clipped a 4-year-old in the elbow with the oversized wicker basket hanging off the back.

The Preserve Girl has never heard of Terrence Malick.

The Preserve Girl once bought an $80 olive fork set off Etsy during a somewhat quixotic martini phase. It’s still the most expensive piece of equipment in her kitchen.

On Sundays, the Preserve Girl makes her weekly pilgrimage to the farmers market, where she tries three different kinds of pluot, takes a selfie in front of a pile of root vegetables, buys an artisan soy candle, and otherwise leaves empty-handed.

The Preserve Girl deleted the Kim Kardashian game off her phone because she “didn’t like its message.”

The Preserve Girl has a wood-grain case for her iPhone. She’s pretty sad Apple doesn’t make an actual wooden iPhone.

The Preserve Girl totally owns one of those Crosley reproduction suitcase record players you can buy off SkyMall.

In 2010, after watching the interactive video for Arcade Fire’s “We Used to Wait,” the Preserve Girl called her mother tearfully to ask why time just seems to move so fast and whether or not we lose our souls as we grow older.

The Preserve Girl has seen Kings of Leon in concert more times than she’s been to a post office.

The Preserve Girl’s favorite homeless person is the guy who shines shoes in the vestibule of the shuttered Mexican restaurant down the street. She says she likes his spirit.

When the Preserve Girl goes home to visit her family, she will force a “girls brunch” with her female relatives. She’ll pepper her aunts and grandmothers with questions about their lives and loves, and no matter what they tell her, when the check comes she’ll conclude, “I feel so lucky to come from a line of such inspiring, glamorous women.”

At some point mid-brunch she’ll sneak a photo of her grandmother’s wrinkled hands, throw a Brannan filter over it, and post it to her feed. “Brunch with my beautiful nana #age #beauty #wisdom”

The Preserve Girl wished she was a Jessa until Season 3 and the whole rehab thing. She’s secretly more of a Shoshanna at heart. Actually, she probably doesn’t even watch Girls, and if you ask her why, it’s because she says she “doesn’t really get what Lena Dunham is going for.”

Yeah, actually, the Preserve Girl doesn’t have a TV, but on Mondays she still downloads every episode of True Blood and Boardwalk Empire.

During her martini phase, the Preserve Girl played the soundtrack to the first season of Boardwalk Empire on her Crosley suitcase record player while bruising her vodka.

When she’s out in public with her significant other, the Preserve Girl likes to link arms with him, gently laying one hand on his biceps or where his biceps should be. She thinks this looks far more natural than it actually does.

If the Preserve Girl’s boyfriend suggests they visit a museum or see an art film, she demurs, asking “Why does society tell us that the only real art exists inside, on a wall?” When they change plans and drive downtown to see the street art mural they read about on Thrillist, she stays in the car. “Don’t worry, I can totally see it from here,” she reassures her boyfriend. “It’s so visceral.”

She presses her phone to the windshield and Instagrams her boyfriend while he’s looking at the street art mural, then shares it to Facebook and tags him in it. “Sometimes, when I think I’ve seen it all, this city finds ways to surprise me. #artiseverywhere”

She makes her boyfriend change it to his profile picture.

When he gets back, the car won’t start. She stays in the passenger seat while he tries to fix it, which she thinks is pretty sexy.

An hour later, the Preserve Girl and her boyfriend are still stranded by the street art mural. He can’t figure out if it’s something with the transmission or the timing belt or what. He finally decides to call AAA.

The Preserve Girl breaks up with her boyfriend and Ubers home.

HBO’s Making an Epic Sports Mockumentary With Andy Samberg, Kit Harington, and So Many More Stars