HBO’s Making an Epic Sports Mockumentary With Andy Samberg, Kit Harington, and So Many More Stars 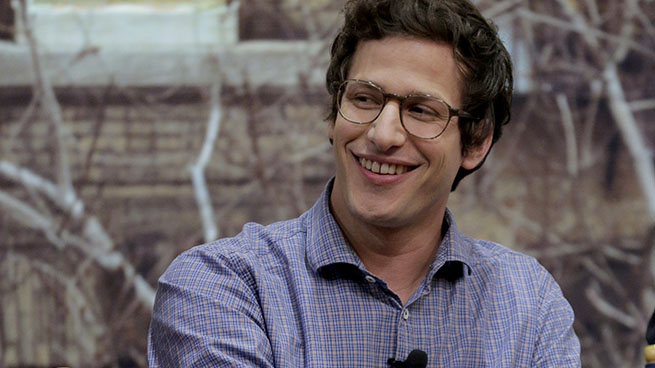 7 Days in Hell is the name of the new original comedy film happening at HBO that you’re about to become very excited about. Written by Murray Miller, from Clone High and Girls, the story will follow legendary tennis rivals played by Game of Thrones’s own Jon Snow (“channeling Andy Murray”) and Golden Globe winner Andy Samberg (“tennis’s superstar bad boy”). And they’re locked in a seven-day Wimbledon match. So that’s the premise. Now think of IFC’s The Spoils of Babylon for a second, and that crazy cast. K — you’re ready to hear who else will be in 7 Days in Hell: Fred Armisen, Lena Dunham, June Squibb, Will Forte, Karen Gillan, Howie Mandel, Soledad O’Brien (as herself), Michael Sheen, annnd Mary Steenburgen. See you whatever Sunday that ends up airing!

“Single Ladies” performed as a monologue is 100 times better than you’d dare to imagine. (This actress, Nina Millin, has also done “Mine,” “If I Were a Boy,” “Irreplaceable,” and “Best Thing I Never Had.”) [via]

The new Batman cape and cowl are on display at Comic-Con.

Pornstache isn’t coming back to Orange Is the New Black next year.

Sounds like Letterman will retire in May 2015 and Colbert will take over in September.

My man E of the Eels is about to become “the first singer of a contemporary band” to receive “the Freedom of the City of London.” Sounds fancy.

And here are a couple cool posters from Comic-Con.

Bard faces off against Smaug in the first poster for 'The Hobbit: The Battle of Five Armies': http://t.co/TQ0QMEXVMq pic.twitter.com/pRumuY5vCU