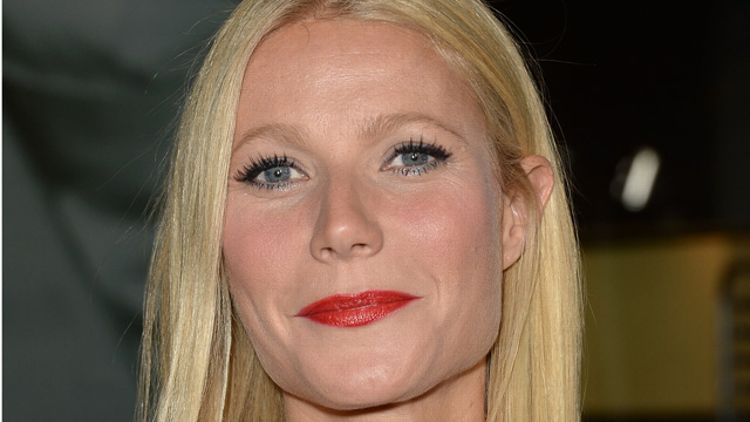 Did Gwyneth Paltrow Cheat on Chris Martin? Paltrow asked friends not to participate in an upcoming Vanity Fair story about her. Now we know why. “Vanity Fair is looking into an alleged affair that the movie star, who’s been married to Coldplay singer Chris Martin since 2003, may have had with Miami billionaire Jeff Soffer.” She thought it would remain a secret forever. Who is Soffer? Well, he’s a “real estate developer worth $1 billion” who lucked into acquiring his father’s successful real estate business. He and Gwyn must have had so much to talk about! Like benefiting from nepotism! He’s now married to Elle Macpherson. “Gwyneth prides herself on presenting this image that she has the perfect life — that she’s a domestic goddess with a talented husband and exceptional kids who has everything under control. Now she’s caught up in a scandal.” SCANDAL! It’s all viral promo for Scandal. “Not only did Jeff, 45, fly the Iron Man actress to Miami” for the opening of his Fontainebleau hotel, “she stayed at his $14 million mansion in nearby Indian Creek.” The adulterers “never went out in public. But they did attend parties at private homes and would hold hands around friends.” Hold hands! Paltrow has mysteriously alluded to the nontraditional nature of her relationship with Martin several times. “I never say ‘Where are you? You should be home by now.’ I never place demands on him because I think he’s a really talented man, and he’s putting something good into the world.” Girl. Paltrow’s rep said, “Gwyneth and Jeff did not have an affair. They have been friends for many, many years.”

Paltrow and Martin are rarely spotted together. “They’ve been having trouble for a while because they spend so much time apart. It’s gotten to the point where she and Chris sleep in separate beds in separate wings of their house.” A soon-to-be former friend of the couple told journalist Ian Halperin that “they’ve been estranged for more than a year.” Paltrow spent the week before Thanksgiving with Soffer in Miami, but the press noticed her presence and she began “to keep a much lower profile.” Paltrow and Soffer “drifted apart when Jeff started dating supermodel Elle Macpherson, 49. Elle told him he couldn’t speak to Gwyneth anymore.” Soffer married Macpherson over the summer in Fiji. “The founder of Goop — a lifestyle website where Gwyneth can ‘share all of life’s positives’ — has been accused of being unfaithful before. In the mid-’90s, rumors swirled that she had an affair with her Sliding Doors co-star John Hannah that ended her engagement to Brad Pitt. She has spoken vaguely about it, saying ‘My kind of internal stuff really tripped up that whole relationship. I was the architect of my own misery. I made a big mess out of it.'” Damn, maybe Paltrow is the one who made Pitt so cold-blooded to Jen. There were also rumblings that Paltrow cheated on Ben Affleck with Viggo Mortensen. “She has gone out of her way to cultivate the squeaky-clean image of a domestic goddess. She needs to be seen as the perfect wife. It’s all fake.” DAMN. GOIN’ IN ON GWYN GWYN. “Chris has been accused of cheating, too.” In 2009 he was “spotted making out with actress Kate Bosworth at a U2 concert in Las Vegas and spending time with the actress at a benefit he played the following night.” Maybe people wouldn’t have it in for Paltrow if she didn’t always brag about how great her life is. But she has subtweeted herself with statements like “I know people that I respect and admire and look up to who have had extramarital affairs. I learn not to judge people for what they do.” She has also referred to herself as “a romantic and a realist” because “life is complicated.” But is it (her marriage) complicated in the Facebook sense? According to Vanity Fair, the answer may be yes.

Did A-Rod Cheat on Cameron Diaz With Hookers? “Cameron Diaz was reportedly ‘hurt and betrayed’ when Yankees slugger Alex Rodriguez abruptly pulled the plug on their yearlong romance in fall 2011. But according to an upcoming book, Cam, 41, dodged a major bullet.” A sequel to The Mask? “A-Rod hired hookers all the time,” according to a staffer from his apartment building in new tell-all book House of Outrageous Fortune: Fifteen Central Park West, the World’s Most Powerful Address. “One time he had two women go up, they left, and 10 minutes later Cameron walks in.” A-Rod’s rep denies the story. The snitch adds that A-Rod, “who dated Kate Hudson and Madonna before Cameron — never showed signs of remorse for his behavior” because “he thought he was God.”

Benedict Cumberbatch: “My name sounds like a fart in a bath.” True.

Misc/Etc: “I had a dream about Ryan Gosling last night” “The 1D Cougar Den” “A ghost haunts my vagina” “It isn’t permanent” “upped the ick factor even further by licking the gooey mess off of Nicole’s feet” “I’m a Southern gentleman with honesty, integrity and charm” “Hitting the (golf) clubs!” “a pair of leopard-print star pasties” “She’s desperate to be sexy again” “HE BECAME A DIVA” “Ramona was always with Mario, but now all of a sudden, she’s alone.” “The seemingly lone wolf among them?” “A little rock ‘n roll. A little tattered.” “WINE FOR CATS” “I worked at Ikea as a customer service rep for two years — and I loved it!” “I have no features without makeup” “prettiest straight out of the ocean” “Would you wear PALAZZO PANTS?” “Being a redhead feels unique” “I’m known as ‘The Crazy One Direction Lady’ on my street” “I ate whipped cream. I’ll eat a whole bowl — I love it!” “Kris is a Kim Klone”

Kendall & Kylie Jenner Go Klubbing: “DRUNK AT 2 A.M. ON A SCHOOL NIGHT!” is the headline over a picture of the bleary-eyed youngest Kardashians, actually Jenners. On a recent Tuesday night, the girls spent the “late hours” at a club, “downing countless vodka shots, gyrating provocatively with topless dancers, then staggering out of a 21-and-over sex-themed nightclub at 2 a.m. before collapsing into the backseat of a waiting Bentley.” History repeats itself! “And right there with them, aiding and abetting their debauchery, were two older relatives who should have been looking out for the girls: quasi brother-in-law Scott Disick and big sister Khloe Kardashian!” Whoops! Don’t worry, it wasn’t really a school night because the girls are being homeschooled, duh! “Kendall and Kylie were good, innocent girls, but all the negativity and fame surrounding their family has sent them over the edge. No one is there to supervise them, and everyone is there to make them happy. It’s a recipe for disaster.” Sounds about right. “Scott pulled Kylie to the side and forced a shot of vodka down her throat and then gave her another one two minutes later. Kylie almost spit the second shot out but held it in and started laughing and wiping her mouth.” I mean, Scott Disick is a Bret Easton Ellis novel. The group “headed to the sex-themed Wax Rabbit party at West Hollywood’s Vignette lounge — a 21-and-over event that the teenagers should not have been able to get into.” There they got even more blitzed. “Khloe kept pouring Kylie shots of straight vodka and helped her chug champagne. At this point, Kendall was still somewhat coherent. But as soon as Khloe handed her a shot, she tied her hair up and knocked it back, waving her hands in the air. After downing the vodka shots their big sister gave them, the two teens danced underneath topless showgirls and chain-smoked cigarettes into the wee hours.” Kendall and Kylie were “grinding up against a topless dancer’s bare breasts.” Sure. “Stories like this come on the heels of the teens’ wild summer, which they spent hanging out at dad Bruce Jenner’s Malibu beach house, which he moved into last spring after separating from their mom, Kris. Reports surfaced of the girls throwing all-night ragers that often ended with teenagers passed out on the beach.” Sounds like a 90210 episode. A good one!

Miley Goes Clubbing As Well: “Miley was completely out of it. Miley rolled and smoked multiple blunts — at least seven — and was in a stoned haze the whole time. The singer also guzzled a $100,000 bottle of champagne and flirted with numerous guys including her producer Mike WiLL Made It. Miley was straddling one guy and made out with Mike at the end of the night.” WOOOOO! Standing on the couch!

Eva Mendes Is Afraid to Commit to Ryan Gosling: “Eva Mendes, 39, is feeling restless about Ryan, 32, who’s ready to get married and have kids. Ryan’s friends know he is ready to settle down, 100 percent. Eva loves Ryan, but she’s very nontraditional when it comes to what she wants. She’s phobic about commitment. That’s the root of the problem.” Eva has not pretended otherwise. In a 2011 interview she admitted “she doesn’t believe in the institution” of marriage. “I just don’t think marriage is necessary, as necessary as society makes it.” She reiterated this view on Chelsea Lately. “It’s a very old-fashioned, archaic kind of thing. We did it for land originally. How unromantic is that?” Mmm, dowries. Two years into their relationship, “Ryan’s marriage-mindedness is making Eva itchy.” That’s OK, girl. I hope and assume Gosling respects your nontraditional views on marriage.

Misc/Etc: “Behold the flat-as-an-ironing board postbaby belly!” “On a vanity level, I am not looking forward to aging at all” “she’s a terrible mother too!” “The actress daughter of singer Phil Collins” “Adam Levine isn’t just a Voice coach — he’s turning into a diet coach too!” “She wants to suck your … grape jelly?” “cuddled up to a rabbit” “added some whipped cream to a waffle-themed cake” “took some time to hang out with Grumpy Cat” “Who knew she was a football fan?” “Channeling Annie Hall in the most modern way” “The bride wore white, but she cursed like a sailor!” “famously unlucky in love” “TORN BETWEEN EXES” “She wants to be pregnant within the next six months, so it’s basically an ultimatum” “He’s nowhere near ready to settle down” “I hate the guy” “HIGH-RISE HOOKER HAUNT” “this babby daddy is “clearly committed to one thing only: bachelorhood” “They’re stupidly good”

Snooki: “I like sci-fi novels about zombies or aliens.”

Chris Noth Had to Lose Weight for the Sex and the City Movie: The director said, “Listen, dude, we’re not calling you Mr. Big because of the size of your stomach.” YA BURNT!

James Van Der Beek: “Dawson was sweet but would probably get on my nerves and end up as one of those people I found myself making excuses not to hang out with.” Pacey, on the other hand …

Sandra Bullock Learned “Rapper’s Delight” to Impress a Crush: In high school. “I was like, next time I go to that dance I’m going to know every word. I’m going to make sure he sees me lip-syncing it and he’s going to like me!” And how did that work out for you Sandra? I’ve got one guess.

Misc/Etc: “I love to be girlie” “FRESH BLOOD!” “I’ve got scrunchies!” “Man Bun Hot or Not?” “throw-up or a snotty nose all over you” “Then I have a protein shake, then I cry. That’s my diet.” “We’re old friends” “shook her hips in the photo booth” “rode a mechanical cow” “She’s so charismatic!” “She’s stopped partying as much.” “There’s not a trace of him now — anywhere!” “They hooked up. It was two adults having fun, getting a little tipsy and one thing led to another” “They have more in common than you might think” “Her Royal Fitness” “she felt sexy again” “She is a mother now. Showing off her rear end brings embarrassment upon her and that poor child. She has no shame.” “You want your guy to think you’re really hot.”