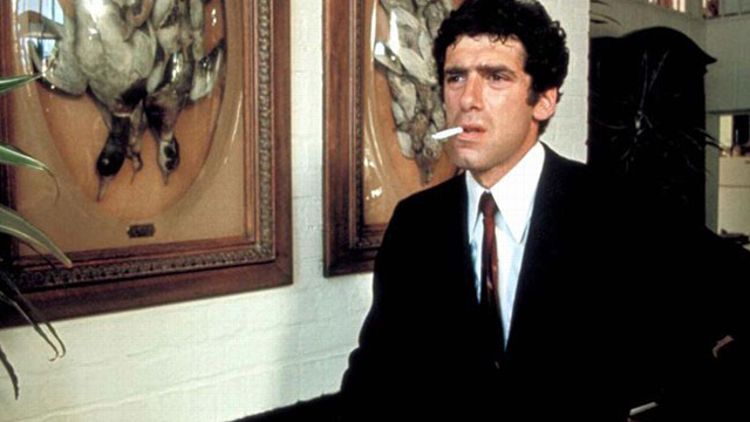 So the guy who created Castle is rebooting Raymond Chandler’s archetype-defining private investigator Philip Marlowe for ABC. And get this: The Castle guy’s name is Andrew Marlowe! “Put your Marlowe pun in here,” writes Deadline’s Nellie Andreeva. Pretty sure that’s your job, Nellie. Anyway: Marlowe’s Marlowe project, which he’s cowriting with his wife, Terri Edda Miller, and executive-producing along with Mike De Luca, won’t be a period piece. ABC says it’ll be set in “the morally complicated world of today’s Los Angeles — where the bright California sun casts long and dangerous shadows … and where true love can be more difficult to find than justice.” You had us at “the morally complicated world of today’s Los Angeles,” then lost us at “true love,” something the magisterially cynical Marlowe of the novels never seemed all that preoccupied with.

But maybe a revisionist approach is exactly what’s called for here, even if it means violating tradition by giving Marlowe a girlfriend. Chandler’s seven Marlowe novels did so much to shape the detective-lit formula that straight adaptations of his work usually seem like parodies even if they aren’t. And the most important non-Bogart screen version of a Chandler book is Robert Altman’s woozy, caustic film The Long Goodbye. Elliott Gould’s terminally jaded Marlowe posited the P.I. as a countercultural figure, paving the way for postmodern Marlowes like Jeffrey Lebowski, Doc Sportello from Thomas Pynchon’s Inherent Vice, and the noble hipster doofus who Donal Logue played on Terriers. At this point even the figure of the unlikely shamus forced into a situation that calls for Marlowe-like cool is an archetype in its own right, maybe even a cliché. The Long Goodbye is phenomenal, though:

Chandler hated television — “one more facet of that considerable segment of our civilization that never had any standard but the soft buck” was how he described the medium in a 1950 letter to his editor at the Atlantic Monthly, and that’s one of the nicer things he said about it — and TV has proven mostly indifferent to him. Bob Rafelson and Tom Stoppard made Chandler’s unfinished novel Poodle Springs into an unremembered HBO movie in the ’90s, with James Caan as Marlowe; a 2006 ABC Marlowe series with Jason O’Mara (down these mean streets, a man must go who is like totally handsome!) never made it past the pilot stage. The one recent small-screen take on the character worth reexamining is Agnieszka Holland’s “Red Wind,” an episode of Showtime’s ’90s noir anthology series Fallen Angels in which Danny Glover was Marlowe. If the new Marlowe show aims to do something new with the character, casting someone who’s not a white dude — or a dude at all — might be a helpful first step. Just kidding: It’ll be a white dude! Who’ll wear a fedora. Or make too big a deal about not wearing one. He’ll say something like “A fedora? Who am I, A.J. McLean?” and we’ll all have a knowing laugh together.