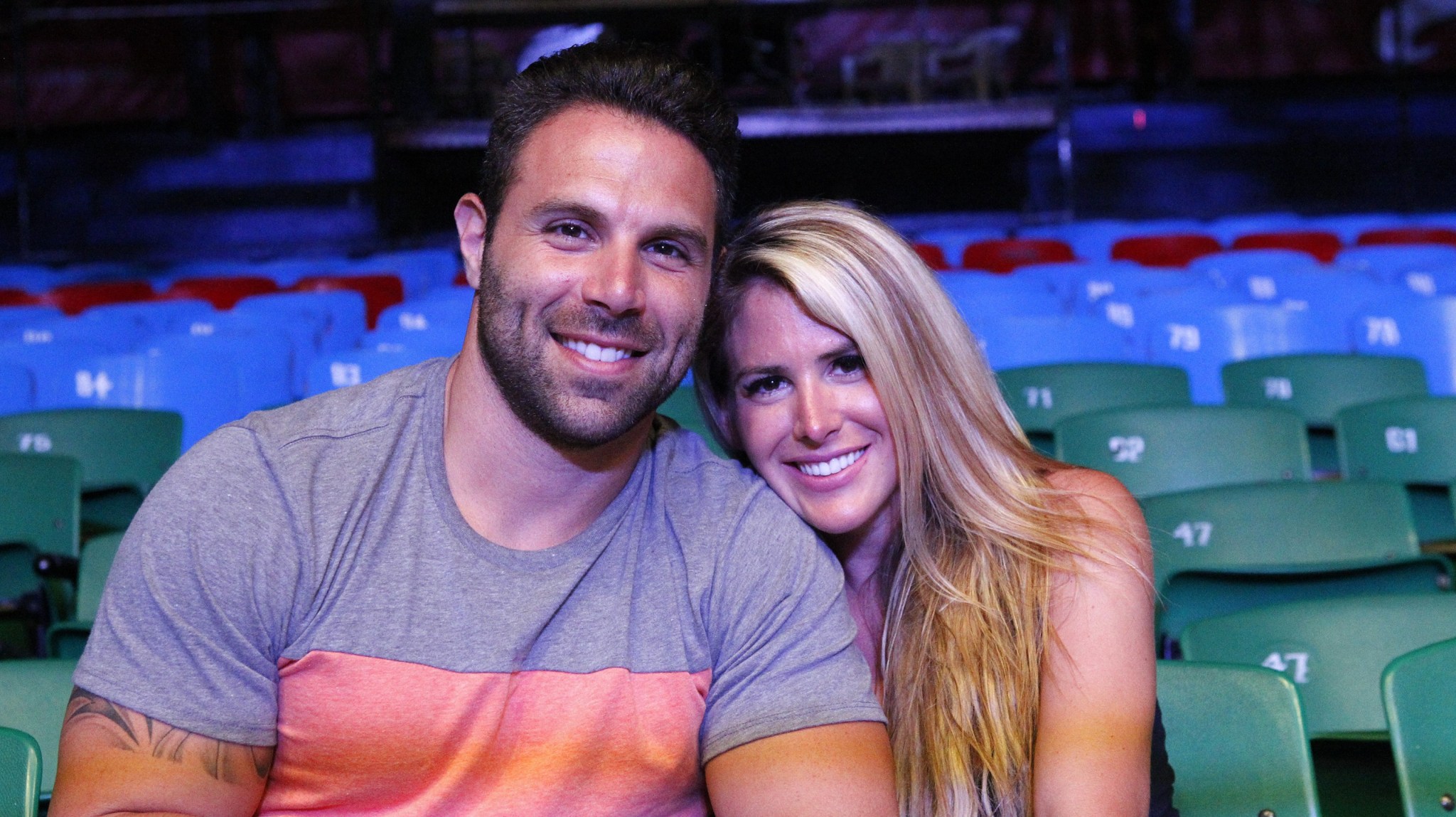 In Mad Max’s Thunderdome, the rules are simple: two men enter, one man leaves. On the equally sadistic Bachelor in Paradise, the rules are made up on the fly and subject to constant revision. Do you feel as though your peers have been treating you poorly and manipulated events to your detriment? Then, by all means, beg for a second chance. Sure, such fortuitous reversals are uncommon in the real world, but in Paradise, the pendulum of fate is far easier to control.

In exchange for suffering a variety of humiliations at the hands of Joe and Samantha, widow/single mom Juelia had her rose ceremony elimination reversed and was given human ham hock Mikey T. as a dimwitted consolation prize. Juelia’s latest bite at the cherry of love came after one of those emotional sidebars with Chris Harrison that happen more and more frequently on this show.

Knowing that her only legitimate chance to stay on the show hinged upon J.J. giving her a pity rose, Juelia ambushed Harrison while he was clearly in the midst of having a scintillating intellectual conversation with a random Teamster, who immediately disappeared from the frame the minute an actual cast member arrived. One can only hope our blue-collar friend can parlay his utterance of “uh-huh” on national television into a SAG card. Probably not.

Juelia pleaded her case, her eyes welling up with tears just at the thought of having to go back to her lonely daughter empty-handed. Chris Harrison, the softy that he is, had no choice but to give Juelia exactly what she wanted once J.J. bizarrely extended his rose to Ashley S., who it seems is very popular in Paradise.1 Mikey got a date card in the Monday episode, which he used to take Juelia to a lucha libre show. Great date, guys. The evening was capped off with an invite to make this regular lucha date an overnight lucha date. After some hemming and hawing, the happy couple retired to the boudoir. In the morning, Juelia’s hair looked like this: 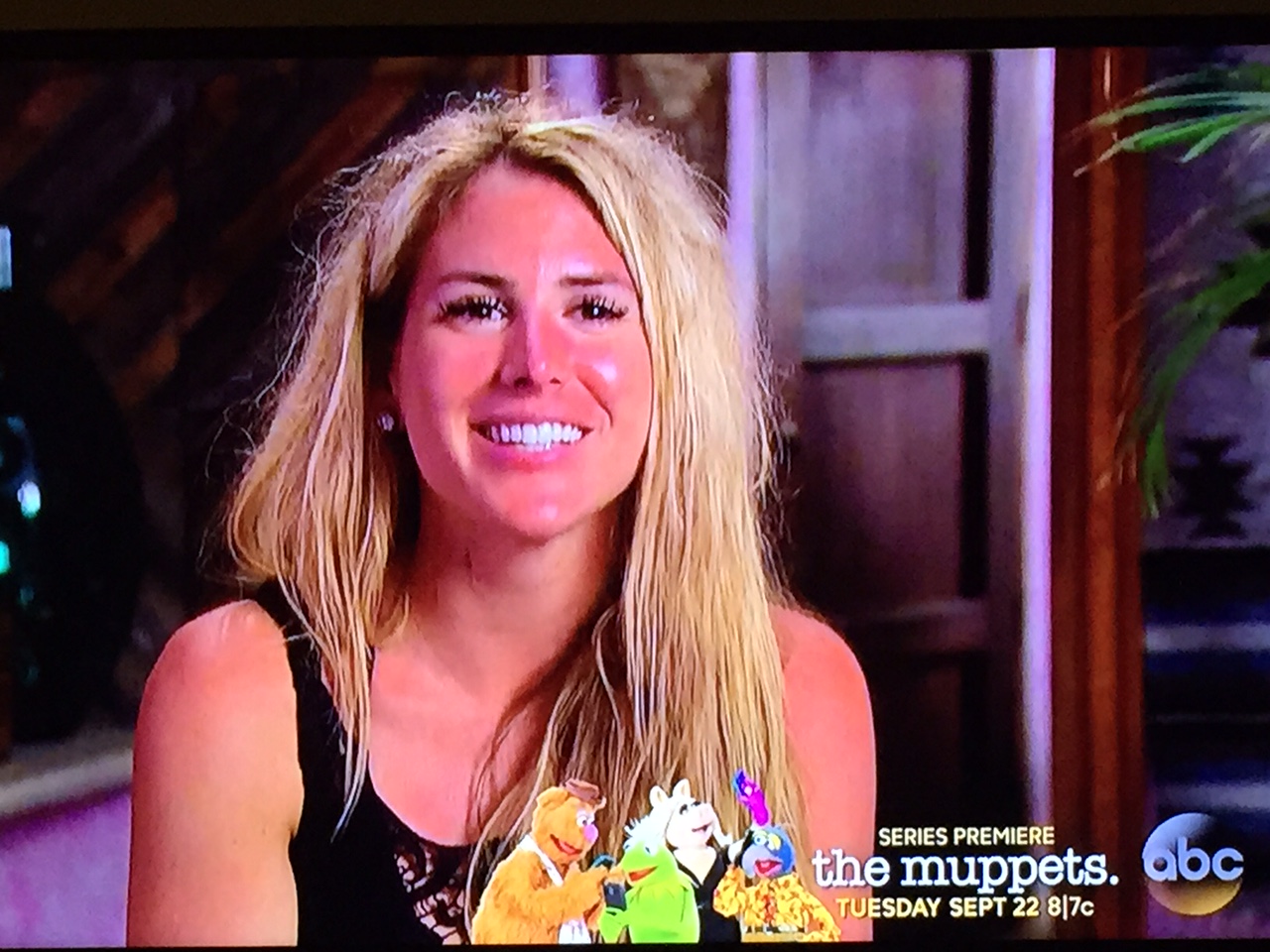 Claim that her hair was messed up because she had tried on a luchador mask all you want, but I know the truth! Juelia and Mikey T. are now … more than friends.

But back to J.J.’s ultimate sacrifice. His rose was up for grabs because he gave up on finding love in Paradise and decided that the girl he left back home is the one he wants. After saving Ashley S., our man launched into a five-minute monologue about honor, romance, heroism, and redemption. It was so expository, blatant, and sleep-inducing that I half-assumed that Nic Pizzolatto had written it in the midst of a particularly nasty bout of food poisoning. Sometimes your worst self is your best, J.J. This new good boy is a lot less interesting than the guy who spent most of Kaitlyn’s season in a hot tub with Clint. Thing is, you ain’t that thing no more, what you used to was. But, I guess we get the J.J. we deserve. So long, pal.

Ashley S. needed saving by Dark Knight J.J. because Dan jumped over to Team Amber. But that wasn’t the only breakup this week. Jared finally explained to Ashley I. that he’s not joining her in spending the day doodling names for their future children in a Trapper Keeper notebook.2 On cue, Ashley I. turned into a bucket of tears like she was a Wonder Twin. At this point, I hope Ashley I. finds love just so she’ll stop crying. I want to dangle some six-pack abs in her face like you’d distract an upset baby with a set of keys. Just stare at this thing shaking in front of you for a while and shut up so I can go to bed.

The big separation of the week, though, was Joe and Samantha. The seeds of dissent were planted when Nick, the man with the body of a water polo player and the head of a certified public accountant, arrived in Paradise claiming a special pre-show relationship with Samantha. Joe thought only he was special, but in comes Nasty Nick’s dopey grin to ruin it all.

The sight of another dog in the hunt sent Joe spiraling into guilt, shame, and insecurity. And the last straw was pulled on Joe’s birthday, of all days. Our man had fashioned a birthday cake out of what looked like some whipped cream and a few malted milk balls and invited Sam to celebrate with him. Sam had other ideas. She asked for a fresh start. He asked for a chance to “work on things.” What there is to work on after a week or two of getting wasted on the beach is anyone’s guess. Perhaps Sam was sick of Joe putting limes in her Hendrick’s and tonic instead of cucumber like you’re supposed to, dummy.

As this dance of the dragons continued through the episode, Joe compared their love to Bonnie and Clyde,3 then tried his best to extort a relationship out of Samantha, explaining that the truth would come out if she didn’t play ball. Samantha switched her affection to new guy Justin, who looks like a cut-rate Tom Hardy. Of course, while this was going on, the show was subtly turning Joe into a good guy again by showing all the dudes taking his side and sympathizing with his plight. “She’s throwing you under the bus, bro,” they said enthusiastically between high-fives. There were the same guys who’d wanted to punch his face in for spurning a widow just a few days ago. Listen to the winds … of chaaaaaaaaaaange.

Nothing last forever in Paradise. Muppet-mouthed Joshua and Tenley are still holding on, but what if she discovers some hard party drugs in his sock drawer? Tanner and Jade leveled up their intimacy, but are things moving too fast for America’s most boring couple? And Carly and Kirk? Well, those two will probably be together forever because true love is real, but what if it isn’t? These last two days in Paradise have forced us to question everything — from the veracity of every cast member’s claims of undying affection down to the very structure of this program. Since it’s all on the table now, let me follow Juelia’s lead and beg Chris Harrison for four changes to the franchise:

Can We Discuss After Paradise for a Minute, Please?

We are four episodes into the grand experiment and I think it’s time to consider whether this bold venture into the unknown is actually working.

In short, no. It is not. I understand why a show like this exists. Not only is this a cheap and easy ratings driver, but ABC4 must have realized they ceded the conversation around the Bachelor franchise to tabloids and recaps. This is a step toward directing that cultural traffic a bit more. It also gives them some splashy real estate to do things like announce Ben H. as the new Bachelor. The problem is this show is mostly boring and sometimes outright painful. Here are a few problems I’ve noticed, along with some common-sense solutions.

The Show Is Not Funny

So much of the discourse around the Bachelor franchise is funny. They try to inject some of that into After Paradise. Jenny Mollen is always swinging for the fences, doing what she can to add levity and unpredictability into a clunky format. But when you put her in the same room as the poor schmuck she’s mocking, it comes off as embarrassing for everyone. Sure, cutting remarks are part of the fun of watching these shows, but the cast members’ blank expressions make me think they aren’t always in on the joke. Get them the hell off the show and hire some writers to feed people catty lines.

Chris Harrison works when he is the Voice of God host who can wave his magic wand and fix everything. He’s not the kind of guy who should be making wisecracks about Ashley S. I thought he believes everyone deserves love. He’s not one of us, so don’t pretend like he is. Find a comedian to host the show. The Bachelor franchise is very popular among comics, so why take Chris Harrison out of his comfort zone like this? He’s part of the show. He shouldn’t be commenting on it.

Stop With the Damn Phone Calls

What is this, QVC? The questions are almost always weird, overly sincere, or dull. When “Bonnie From Knoxville” calls in to discuss “this Juelia drama,” the momentum of the show grinds to a halt. Last night, Bonnie made a fine point about Juelia also being a manipulator, and the panel (save for the clearly motivated Michelle Collins) had nothing to say. Why take calls if they don’t stimulate conversation?

Joe was surprised by Juelia during After Paradise last night, which gave her the chance to tell Joe how she really felt after she told him how she really felt two episodes ago. Like a trouper, Joe ate his humble pie and apologized. When it was all over, someone (probably Michelle Collins again) started giggling — breaking a most awkward silence. Riveting stuff. Chris Harrison woke up in time to ask #BachelorNation what they thought of Joe’s apology/ritual act of reality TV seppuku. Mollen pointedly asked why Joe’s apology had to occur on a television program. Collins compared the segment to an episode of Maury. Of course this was going to be on TV. You think this was Joe’s idea? Jon Stewart hitting John Cena with a chair at SummerSlam felt less contrived than this.