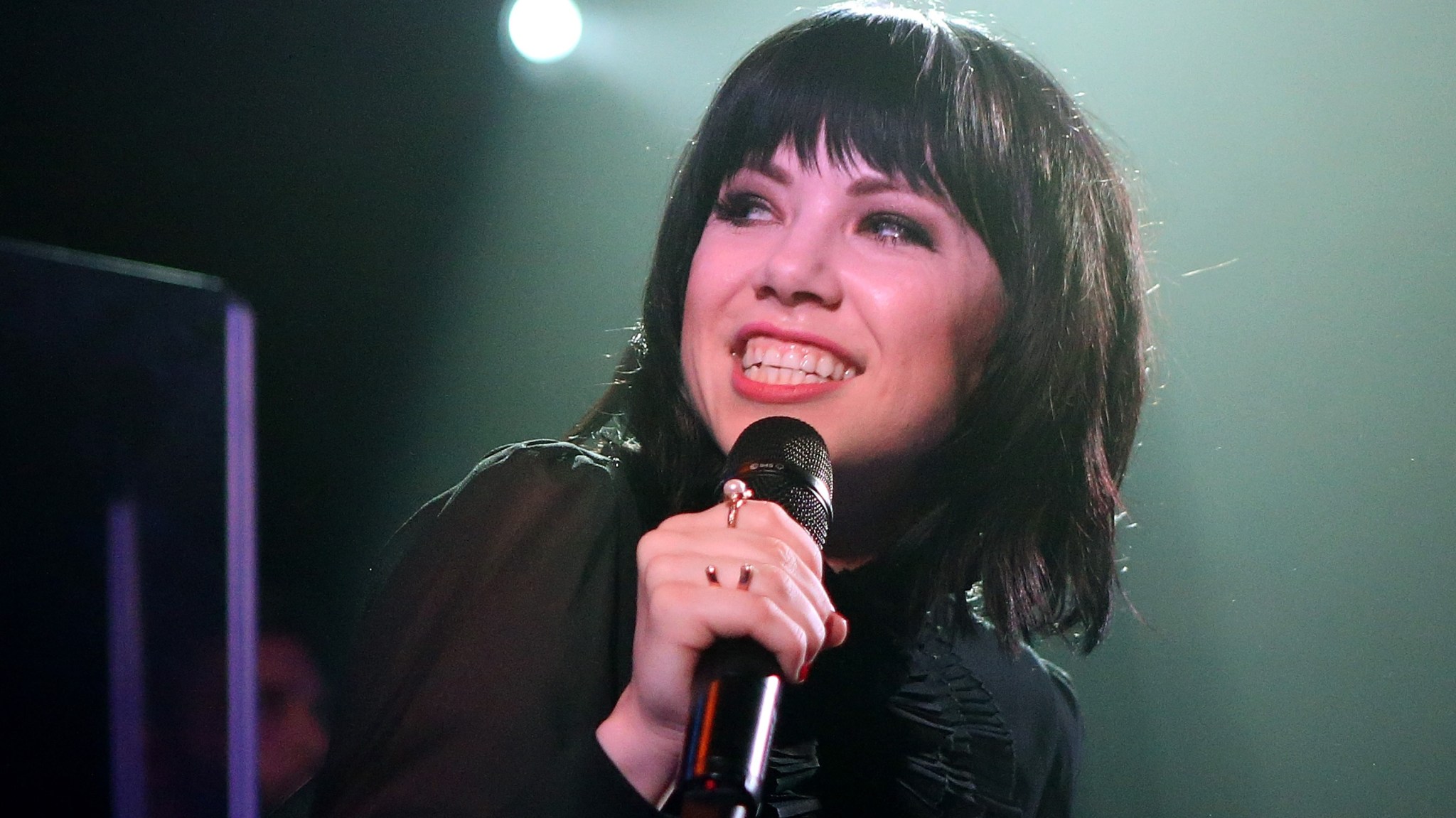 Nine and a half miles separated the biggest pop star on the planet from the best pop album of the year.1 Hours before Taylor Swift’s third straight performance (out of five total in this stretch) at Staples Center, there were fans in white ballerina outfits standing around the VIP check-in area. There were a couple of fans standing by a Taylor Swift merchandise booth facing Figueroa Street waving signs that read “BUYING EXTRA TICKETS” and “MAKE OUR DREAMS COME TRUE” in cursive. Nine and a half miles northwest, at the legendary Troubadour in West Hollywood, a small line gathered around the block for Carly Rae Jepsen, who was in town to perform an intimate show to christen the release of her third album, Emotion. No tutus here. There were, however, hella beards.2 Swift would perform in front of a capacity crowd of around 19,000; Jepsen would perform in a venue that can hold no more than 400. But really, it’s only a difference in scope. Like water, pop music takes the form of its container.

Pop in itself is faceless, but in its universality, it can help artists forge outsize identities. Beyoncé is on one end of the spectrum, and obviously Sia is on the other. Beyoncé struts onstage like the queen of the world; Sia hasn’t performed with her face to the audience in years.3 Pop stars like Bey and Taylor Swift burn brighter when songs are subsumed into their narrative, when their tracks are used as tinder to stoke their larger cultural cachet. So, then, what of the artist who finds herself dealing with the inverse of that? What happens when a song swallows you whole?

Manager Scooter Braun has publicly stated that they aren’t chasing another “Call Me Maybe” on Emotion, which feels like a buffer from expectations, but also kind of unnecessary. This isn’t a case of lightning striking twice. We’re talking about reverse engineering a supernova. “Call Me Maybe” was that kind of overwhelming phenomenon. A supernova shines brighter than an entire galaxy, and “Call Me Maybe” may forever cast a shadow on the rest of Jepsen’s career.

Emotion is an album full of gleaming pop gems that serve as a reminder that there is an artist behind “Call Me Maybe” — that pop songs with a certain gravitational pull aren’t just random occurrences, they are crafted. Since her breakthrough in 2012, Jepsen recorded over 200 songs, culled down to 17 (including deluxe and bonus tracks) for Emotion.

Jepsen’s set opened as Emotion does, with the soaring “Run Away With Me,” a song with a triumphant saxophone line that, for me, is as addictive as the string synth blasts during the chorus of “Call Me Maybe.”4 It was a night of celebration, and while she didn’t bring Kobe out, she did invite some of the more critically acclaimed producers on the album to come out and play.

Vampire Weekend’s Rostam Batmanglij dropped in for the sultry “Warm Blood,” which he helped produce. Dev Hynes (Solange, Florence and the Machine, Sky Ferreira) and Ariel Rechtshaid (Haim, Usher, Charli XCX) manned guitar and bass, respectively, for “All That,” a lush slow-burner that became a towering bit of soul with help from the live instrumentation. Jepsen hardly left a stone unturned; by my count, she performed all but three songs off of Emotion (including deluxe and bonus tracks) while also performing the four biggest hits off of her last album, Kiss. When Jepsen was goaded out for one final song in the encore, she joked that they’d honestly run out of songs.

Watching her dazzle a small gathering of 300 or so adoring fans, friends, and record label reps in attendance, I found it hard to imagine her in any other context. Her songs can absolutely fill an arena, but can she? Onstage, she flits around. She sips water from a straw. Her stage banter is more bubblegum than her songs. At moments, you could see her zone out a bit, as if she were singing her own songs on karaoke. This crowd ate it up, but what about the people who were never able to get past the suffocating ubiquity of “Call Me Maybe”? Could she win them over?

A few months ago, I found myself mentioning my affinity for Carly Rae Jepsen at a bar in Williamsburg. I was quickly interrupted. “Oh, you mean the woman who’s 35?” 5 The outrage regarding her age has largely gone under, like most questions about authenticity in pop music do (see: Rick Ross, Lorde, Lana Del Rey), but it’s strange to see how people are so eager to gerrymander certain sentiments to corresponding ages. Because, in our time, there isn’t anything about Carly Rae Jepsen that isn’t age-appropriate.

There’s a saccharine quality to her work, sure, but ultimately her music reflects a person caught in between — between infatuation and honest-to-goodness love, between the warring factions of childlike zeal and world-weary cynicism that can keep us in a state of arrested development. It’s a crazy feeling to which tweens can readily latch on, but it’s also a conflict that matures with time, even if you yourself don’t.

It’s what makes Jepsen, in some ways, a perfect cipher for pop. Her presence mirrors that of pop music as a form — broad, infectious, largely anonymous. Chances are, she won’t be parlaying this pop game tabula rasa image into super-duper-stardom, but settling into that faceless constellation where Jason Derulo resides — that “Ooh, who is this?” zone — doesn’t feel like a demotion but rather sanctuary.

There are other avenues for Jepsen — paved by women in pop like Robyn and Sky Ferreira, who were chewed up and spit out by the machine. After receiving worldwide attention in the mid-’90s and failing to recapture that level of success in the States, Robyn reinvented herself as an indie electropop queen. Ferreira, who’d been pulverized by major record labels since she was 14, opted for a darker, ‘80s-inspired aesthetic (with the help of producers Jepsen has also collaborated with) to similar acclaim.

From the small sample size in concert demographics (the audience was largely male, largely hipster), I’d say Jepsen has found herself on a similar path. The efforts behind Emotion prove that even if Jepsen is branded a one-hit wonder by the general population, the stigma might not be the death knell it was in the past. There might not be a superstar here, but have you stared into the center of a nebula recently? It really is something to behold.