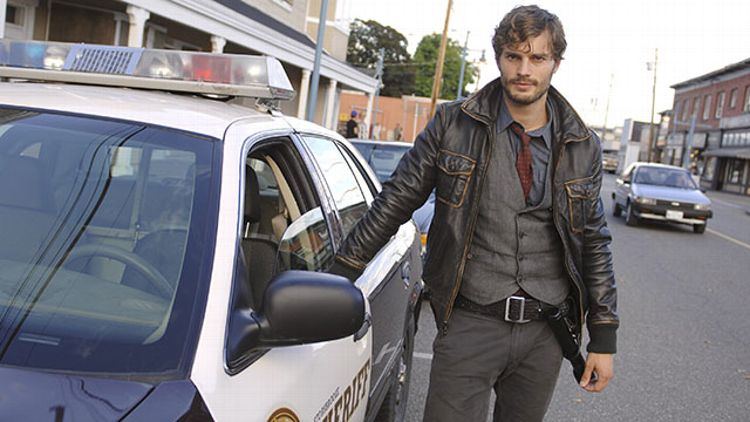 So many names have been floated and unfloated for this adaptation of your mom’s favorite erotic novel trilogy. (No judgment. I’m just happy your mom’s still reading books.) Sons of Anarchy’s Charlie Hunnam was the latest, accepting the lead for a month before bailing. Now one Jamie Dornan of Northern Ireland, male modeling, and Once Upon a Time — in that order — is set to play Christian Trevelyan Grey, a rich businessman whose business is freaky sex shit. The Cut recently praised Dornan’s “sculpted face and matching body” as well as his inimitable way of looking “great with or without scruff.” I haven’t seen Once Upon a Time, but some research tells me Dornan could be the Daniel Day-Lewis of eyebrow acting. He also had a role on BBC’s The Fall; a minute-long montage from that series plays like Fifty Shades test footage, only Dornan brains a bound-up woman with a wrench, an activity with no known safe word.

Other Fifty Shades facts with which to reacquaint yourself: Dakota Johnson (21 Jump Street, something called Gay Dude) is playing Grey’s bondage buddy/true lover Anastasia Steele, Sam Taylor-Wood — who directed Kick-Ass star Aaron Johnson in the Lennon’s-salad-days biopic Nowhere Boy — is helming, and Dornan is part of a grim Irish folk duo called Sons of Jim and dated Keira Knightley for two years this one time.

Afternoon Links: Triumph the Insult Comic Dog Will Take the Deliciousness Right Out of Your Expensive Beer