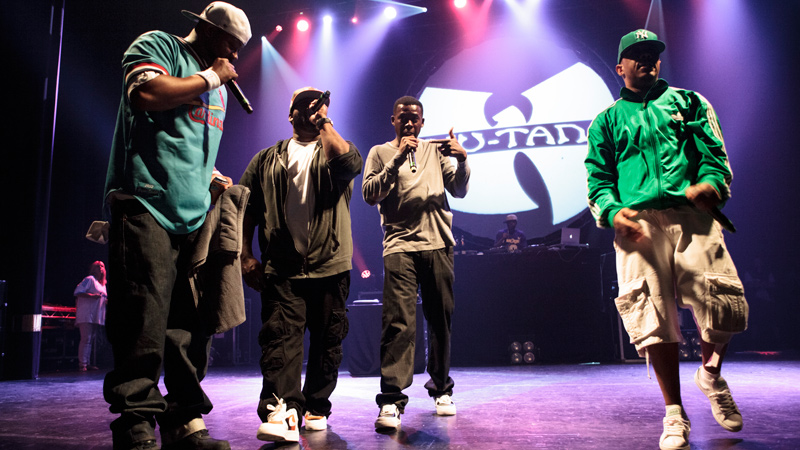 Interesting development: A Better Tomorrow, the 20th-anniversary Wu-Tang Clan project that haunted Amos Barshad’s recent 10-part profile of the group, is not alone. It’s still coming, reportedly this summer, but there’s something else happening, too. I’m sort of burying the lede here, because there’s no easy way to say that a surprise new double-album called The Wu: Once Upon a Time in Shaolin … will be a one-of-a-kind artifact sold for millions of dollars after and put on exhibit in prestigious museums.

The idea is to close the gap between fine art and popular music, to combat what the Wu perceives as modern technology and society’s “devaluation of music as an art form.” “This is like somebody having the scepter of an Egyptian king,” the RZA tells Forbes of the plan to see the record as “the first ever private music album.” (Forbes’s own piece begins appropriately mythically, telling us that the album currently rests “somewhere on the outskirts of Marrakech, Morocco, inside a vault housed beneath the shadow of the Atlas Mountains,” in “an engraved silver-and-nickel box … handcrafted over the course of three months by British-Moroccan artist Yahya, whose works have been commissioned by royal families and business leaders around the world.”)

This is all a lot to take in, especially when we still haven’t figured out whether we can safely get excited about A Better Tomorrow or not. Any hard Shaolin details to chew on while we compose ourselves? Yes: It’s 128 minutes, 31 songs, and chiefly produced by Morocco-based Wu-buddy and RZA student Cilvaringz, who worked with the Clan in secret for the past few years. “The album encapsulates the Clan’s legendary dark funk and avant garde sound and is produced in the original Wu-Tang style of the ’90s,” reads the (kinda glitchy??) Once Upon a Time in Shaolin … site.

Other assurances of quality, as hyped by the site:

When the album “tours” — which it will, in “galleries, museums, venues, and exhibition spaces around the world,” with something like a $30-$50 ticket price — guests will be subject to heavy security and probably headphones-only listening. After the album-as-pharaoh-scepter finishes its noble travels, the sale will go down. Forbes writes that brands and record labels won’t be excluded from the potential client list, meaning the whole endeavor could end up as non-earthshaking as Magna Carta … Holy Grail, which boasts a TV commercial and a 55-second song as its only impressive legacies.

The best possible outcome, though? The album tours, critics visit and pan it, a private collector buys it for millions of dollars and never leaks it (the rarity factor combined with the Wu’s artistic cred would render any quality judgments irrelevant; think of how immensely valuable John Lennon’s doodles are considered, and by how many people) — and THEN A Better Tomorrow comes out and it’s for everyone (including the children) and it’s pleasantly awesome.

Filed Under: Music, Wu-Tang Clan, the wu: once upon a time in shaolin, a better tomorrow, RZA