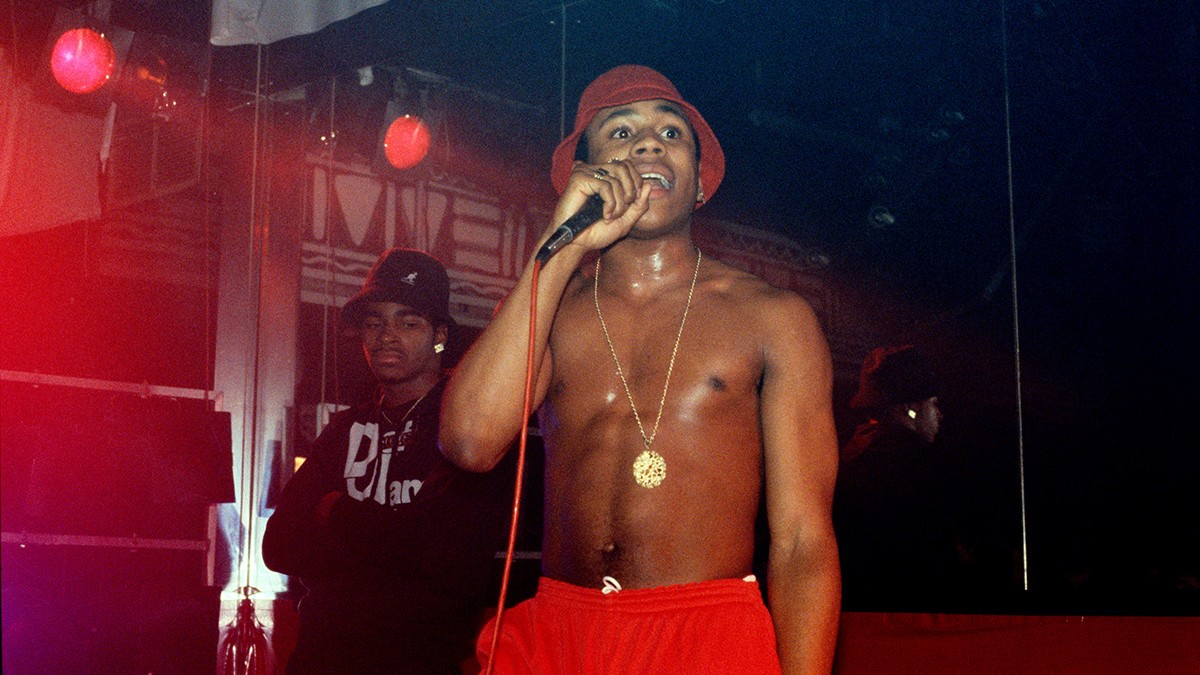 “Wormhole,” as explained by a velour-jacket wearing Neil deGrasse Tyson in this podcast:

“Wormholes allow you to go to another part of the galaxy. Quickly.

“By the way, if you can travel through wormholes, it allows backward-through-time travel.

This week’s wormhole begins in 1985. At Colby College. The guest of honor: LL Cool J.

It really doesn’t get much better than this. Alongside his DJ, Cut Creator, the 17-year-old LL takes the stage in Waterville, Maine’s finest institution, five months before his debut album, Radio, will be released. His first statement to the crowd:

“Ladies and gentlemen. This is my first time in Maine.”

After explaining where his crew is from, another fantastic line:

“We came all the way down to Maine.”

And then, after failing the one-question Northeast geography quiz, he does something I’ve never witnessed. He essentially explains to a crowd of people what “rap” is.

“Now what you’re about to see right now is known as rappin’ and scratchin’. For those of you who don’t know — there must be someone out there — how many of y’all saw this before.”

There isn’t much of an audible audience response to this question, but since this is beginning to feel like a high school diversity assembly, perhaps there was a strong showing of hands.

The performance carries on, with Cut Creator scratching and LL rapping very impressively, in that strong, confident way ’80s LL always did. And after finishing “Dangerous,” we get our first solid crowd shot. 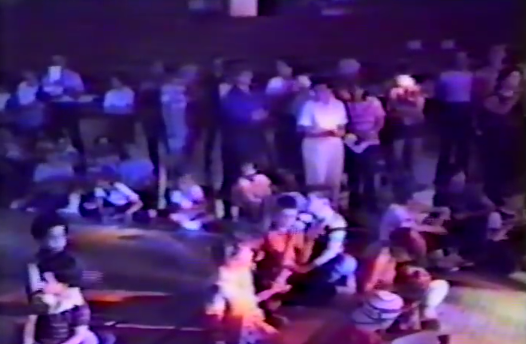 This may be a bake sale.

About 11 minutes in, while rapping “I Want You,” another delightful revelation from the performance. The Colby faithful has begun to breakdance. 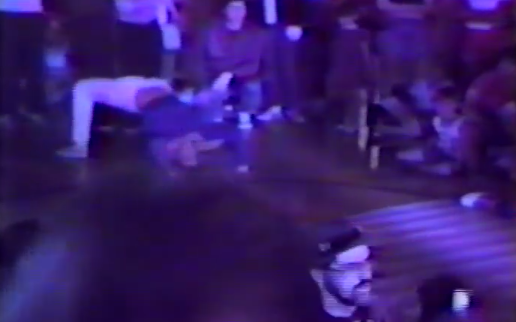 It’s unclear if this is a Colby-recognized student breakdance organization or just a collection of friends, but they make a number of appearances throughout the performance. And each is appreciated.

After watching this entire 24-minute video, I am reminded of my four years at a New England liberal arts college. And the interesting relationship these schools still have with hosting rap acts. And the hilariously large amounts of money these schools’ events boards have to bring bubbling acts (or those 15 years after their prime) to campus. And how every time a famous rapper would come, it would spark a campuswide discussion about something. And the time a friend paid me 50 bucks to drive a minivan to Manchester, New Hampshire, to pick up Wale in 2008 for a show at Dartmouth. And how he was not very warm to me as I may have taken a very long route to get to the show. And how because of this I will never say anything kind about Wale.

Thinking about the Wale incident, and the LL Cool J concert, and wormholes, it only felt appropriate to do a deep dive into New England college rap concerts, with a special focus on NESCAC and the Ivy League.

It’s not hard to find records of the evolution of rap at these schools, but video evidence before the smartphone era is rare. The push for rap acts was slow but unavoidable throughout the late ’80s and early ’90s. A look at Tufts’ Spring Fling bill over 20 years is a pretty representative example of how the transformation took place at many of these small, predominantly white New England schools.

Other examples, including the Fugees at Penn (1996), Wyclef at Bates (1999), and Rahzel at Middlebury (2001, 2006), give an idea of the type of acts that would come through during this time period. As the ’00s pushed on, however, these schools’ selections finally began to mirror that of the rest of the mainstream rap world.

Before discussing more recent years, here’s a selection from the Portland Press Herald review of Wyclef at Bates from 1999, just because:

“He also told us to be black usually means to be subjected to more roadside searches. And if you are a hip-hop artist and black, the notion is you are inclined to incite revolt and violence. This notion obviously frustrates him.

“He wondered out loud if his audience would have been subjected to the same metal detector search that delayed the concert’s start time by one-and-a-quarter hours if they had been attending a rock concert.

“Bates’ students may have been a little too subdued for Jean’s high voltage tastes, but they were very present and having fun in their own quiet fashion.”

Also, speaking of Rahzel, an excerpt from the Fiske Guide to Colleges description of Hamilton College.

But on to the past five to seven years. Starting in 2007, because of phones and technology, videos of these concerts began to surface on the Internet. And as time went on, the artists got more famous and the video quality became increasingly tolerable.

Highlight: This video was taken on a Tamagatchi.

Highlight: Raekwon — “It’s an honor for us to come out here and do what we do in front of ya’ll educated motherfuckers. Get ya education. And then get some of this education.” 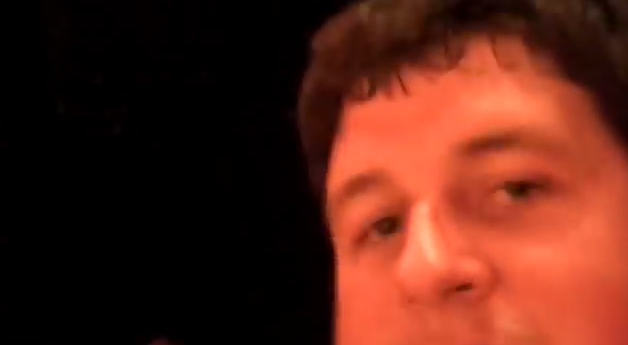 Highlight: knowing that Birdman ever stepped foot on Tufts’ campus.

Highlight: the Snoop backdrop, which I assume was someone’s thesis project.

Highlight: all of the St. Lunatics wearing Cornell gear.

Highlight: the M.A.A.D. City drop being more well known than the location of Maine on a map.

Highlight: nothing, because I’m paying that school student loans for the next 56 years.

A storied history, indeed. And certainly a wormhole. The only issue is that it’s hard to close a wormhole. And there was still one outstanding piece of information that I couldn’t get past: The Fugees at Penn in 1996.

There’s no footage, but there is a New York Times article about the show. The first two paragraphs:

IT’S SEVERAL HOURS BEFORE the start of the recent Fugees show here at the Irvine Auditorium on the University of Pennsylvania campus, and the rap trio — two-thirds of it, anyway — is well into its preshow sound check. The stage is filled with technicians, roadies, promoters, security personnel and hangers-on. With all the commotion, it would be easy to overlook the band on stage, that is, until Wyclef Jean, the group’s 26-year-old guitarist and rapper, tears off eardrum-splitting riffs over the booming hip-hop track the D.J. is playing.

Out in the empty seats, Lauryn Hill, 20, the group’s singer and another rapper, is dancing and shouting encouragement. (Prakazrel Michel, 23, the third member, has skipped the sound check to shop for clothes for the Fugees’ coming appearance on Roseanne’s new television show, “Saturday Night Special.”)

There’s only one sentence in this that matters if you’re stuck in a wormhole. “Prakazrel Michel, 23, the third member, has skipped the sound check to shop for clothes for the Fugees’ coming appearance on Roseanne’s new television show, ‘Saturday Night Special.'” Pras, Roseanne, and a show called Saturday Night Special in the same sentence.

And we fall deeper into the wormhole.

Saturday Night Special ran for four episodes in 1996. It was a variety show on Fox, hosted and executive-produced by Roseanne Barr, that was slated to be a competitor to Saturday Night Live. Two of the cast members were Jennifer Coolidge and Kathy Griffin. And, as the New York Times article indicated, one of the episodes had a performance by the Fugees. But before the Fugees hit the stage, something happened. More accurately, everything happened. 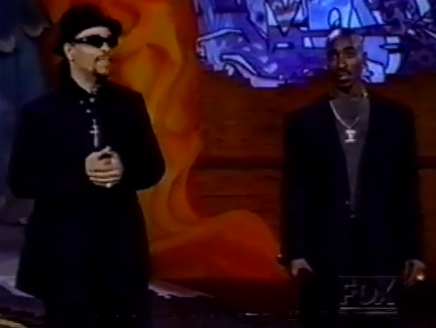 Yes, that’s Ice-T and Tupac Shakur. And for five minutes and 11 seconds — I don’t even know. There’s no … just watch it. 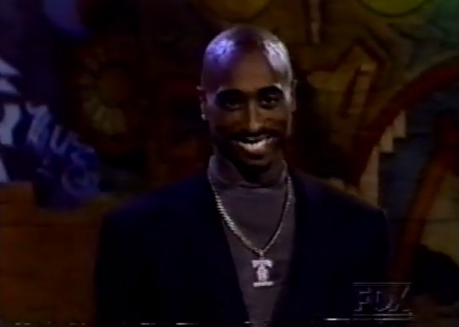 ODAFIN “FIN” TUTUOLA HAS NO FLAWS. 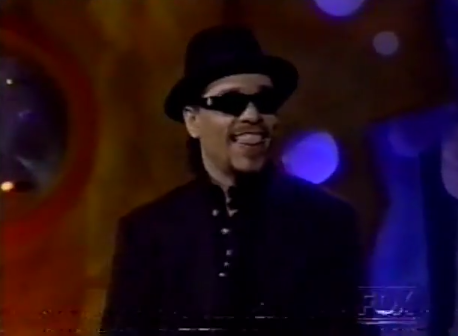 This is something that Tupac Shakur said: “I’m coming to do the comedy. For Roseanne.”

And this is a real conversation between Tupac Shakur and Ice-T in 1996:

Ice-T: “Hardcore. Yeah yeah, Roseanne said we can do whatever we want here.”

Tupac: “No censorship, Roseanne let us get a free hand, we can do any song we want. By anybody.”

Ice-T: “So we gonna let these people know what we be listening to in the trailer, right?”

Tupac: “If you know the lyrics, sing along, this is like the hardest song out, it’s like raw. We gon’ keep it raw. You know, keep it real.”

Ice-T: “This is what I listen to when I’m rolling down Crenshaw.”

And, at 3:30, they suddenly start singing. “You Don’t Bring Me Flowers.” By Neil Diamond. 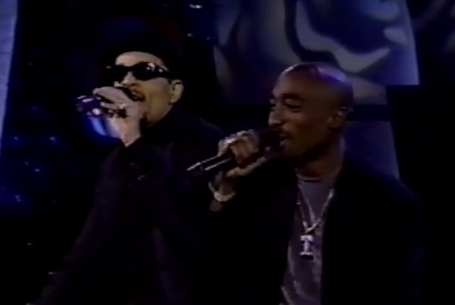 I doubt there’s ever been as fantastic a television moment from a show canceled after only four episodes. The bait-and-switch was executed perfectly. It is, after all, Tupac Shakur and Ice-T, onstage, singing Neil Diamond, in 1996, in the middle of the East vs. West gangsta rap era. Just phenomenal. 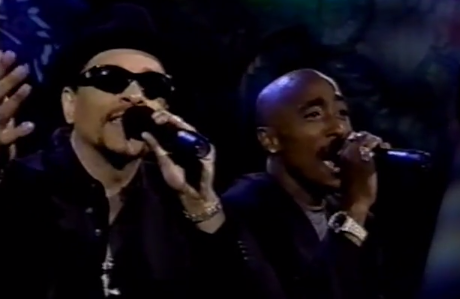 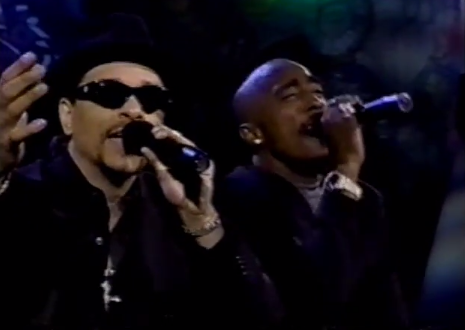 And they’re not going 50 percent. They’re really going for it. Especially Ice-T, who has no ability to hold back his inner thespian. After the song ends, Tupac introduces the Fugees, the Verve Pipe, and Rosie Perez, and Ice-T gives a shout-out to Heidi Fleiss. Because why not.

This is certainly the highlight of the episode, but two segments later the viewer is treated to two Fugees songs. And, more importantly, you can finally see the outfits Pras picked out for the group before the Penn performance.

‘24: Live Another Day’ Is So Close You Can Taste the Gunpowder