G.I. Joe Retaliates All Over the Weekend Box Office 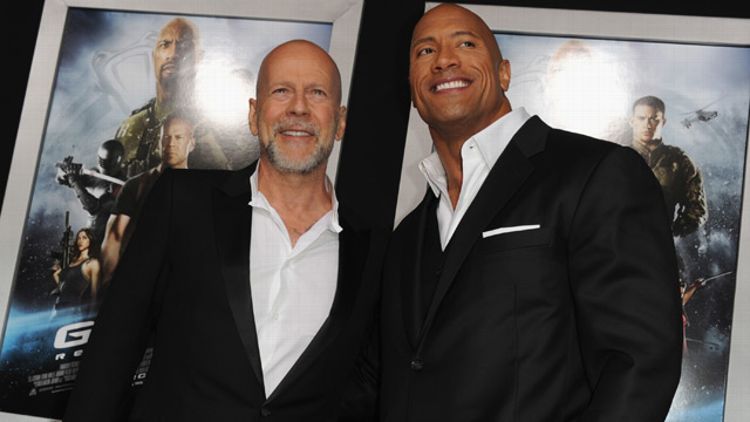 In the grand tradition of pumped-up, misplaced American exceptionalism, G.I. Joe: Retaliation steamrolled over its inherent terribleness (our own Wesley Morris called it “self-congratulation that’s too brain-dead to know that it’s farce”) to go big at this weekend’s box office. According to Hollywood.com, Joe and the gang pulled in $51.7 million domestically since opening on Thursday and another $80.3 million internationally, good for an overall (“Hang on. I’m just checking your math on that. Yes. I got the same thing“) $132 million, and the biggest! international debut! of 2013!

That the movie managed that kind of public outreach isn’t surprising only because of its critical taken-behind-the-wood-shed’ing; many assumed a smaller role for gold-heart-having stripper Channing Tatum would hurt Joe, as well. But as producer Lorenzo di Bonaventura pointed out, sequel king Dwayne “The Rock” Johnson managed to pick up the Tatum slack: “I believe in movie stars, that’s for sure. And he certainly is one. He’s this amazing specimen.

“Also, sometimes he’ll bust out The People’s Eyebrow right in the middle of a table read, and that is just the most adorable thing ever,” Bonaventura did not add.

Elsewhere at the movies this weekend: Animated caveman joint The Croods pulled in a solid $26.5 million, good for second place. Tyler Perry’s Temptation: Confessions of a Marriage Counselor (no, but that is really the title of that movie) took third with $22.3 million, continuing to cement Perry and his reliably regular returns as the Bernie Madoff of logorrhea filmmaking. And, in limited release, Ryan Gosling’s The Place Beyond the Pines crushed: open in just four theaters, Pines did $270,184, a per-theater average of $67,546. So, in summation, that’s wins for The Rock, toy soldiers, and timeless American treasure Mr. Ryan Gosling. USA! USA!