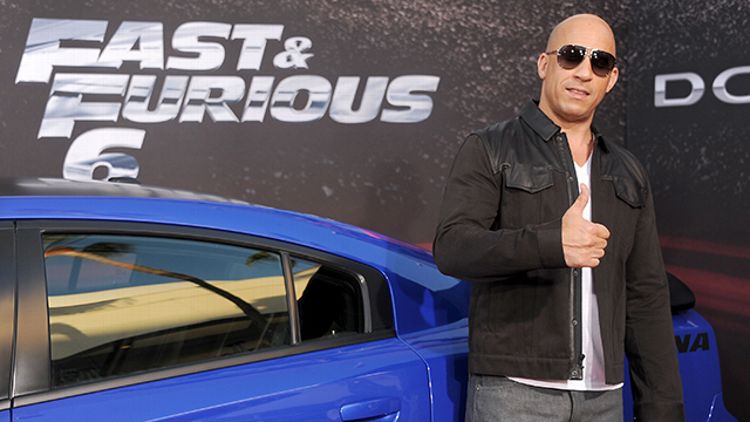 As expected by all sane people, the latest installment in the deathless, unkillable, zombie-strong, most-wondrous Fast & Furious franchise made a whole lot of cash this weekend. How much, specifically? Well, $98.5 million domestically, to be exact. Many, many smart, good-natured, bloodthirsty people wanted to see Dom and Brian and Ludacris and the gang crash cars in dramatic fashion. So much so that the flick not only took no. 1, but did it in style, beating out stiff competition in the form of The Hangover Part III.

According to the Huffington Post, this thing is projected to rack up $122.5 million over the whole Memorial Day long-weekend stretch, while Phil and the Wolfpack are expected to make $64 million over that same period of time. Now, that might seem strange, to slag THP3 for coming in second despite racking up more than half a hundo. But after THP2 sprinted out of the gate, finishing to the tune of nearly $600 million internationally — despite, you know, not really being any good — you may have assumed the formula was strong enough that anything Todd Phillips trotted out would do the same. But bad reviews (the New York Times called it “a dull, lazy walkthrough that … has a claim to be the year’s worst star-driven movie”) may have actually weighed down its outreach.

Meanwhile, Vin Diesel keeps on trucking: His flick racked up a sterling 72 percent on Rotten Tomatoes on its way to its truly mighty, franchise-telling sum, and helped power the weekend to record levels. (If the numbers stay on pace, Hollywood will pull in $323 million, its best Memorial Day weekend ever.) Now, can this most unlikely of ageless cultural entities possibly keep this up? You’re asking the wrong question, pal. The ridiculously successful Fast & Furious franchise lives its life a quarter-mile at a time.