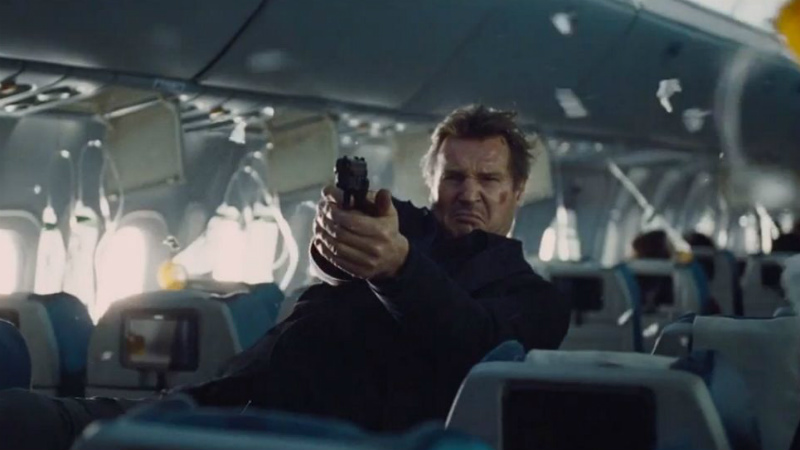 1. Non-Stop, $30 million (opening weekend)
When I first sat down to write last week’s top five, I thought for a second that Kevin Costner’s 3 Days to Kill, which had just debuted, was Liam Neeson’s Non-Stop. So, pardon me, Neeson fan club, for expressing some surprise that this is our winner of the week. It’s not the biggest total for a movie playing at more than 3,000 locations, but it’s about $10 million better than the last couple non-Taken Neeson Kicks Ass flicks, The Grey and Unknown.

2. Son of God, $26.5 million (opening weekend)
On the one hand, you’ve gotta wonder how another 61-Year-Old Neeson Has a Gun film bested a project playing hard to the Christians of America, who are numerous. (Consider: The Passion of the Christ opened to $83.8 million a decade ago.) But part of Son of God’s problem might’ve been how many people were aware that roughly all the footage had already appeared on History’s The Bible miniseries. With that in mind, Box Office Mojo says that The Passion–level receipts were always out of Son of God’s reach, and “for what it is this is a massive success.”

3. The Lego Movie, $21 million (last week: no. 1; $209.3 million cumulative)
The funny little bricklets that could weren’t tough enough to take out Neeson or Jesus, but they can still throw a “We fulfilled our destiny and earned $200 million in the U.S.” party. “Everything Is Awesome” will blast on repeat until everyone goes home 15 minutes later.

4. The Monuments Men, $5 million (last week: no. 5; $65.7 million cumulative)
Conspiracy theory: Clooney is paying people out of his own pocket to keep The Monuments Men in the box office mix as long as possible, strictly so it’ll have the best chance at being memorable when it’s time to think about the 2015 Oscars. Wait and see.

5. 3 Days to Kill, $4.9 million (last week: no. 2; $20.7 million cumulative)
If only Costner had been born a year earlier, we’d have two movies about lethal sexagenarians in the top five. We’ll never have a chance like that again. Gonna be bummed about that for the rest of the day.

Also notable: Anchorman 2’s R-rated, extra-long, all-new-jokes rerelease earned another $1.3 million for the film. Frozen squeaked by the $1 billion mark by just $236,000, although it’s still $12 million away from passing $400 million domestically. And Pompeii, which opened to an anemic $10 million last week, fell to no. 7 with $4.3 million.

Ratings for the Oscars hit a 10-year high, with 43 million viewers. Must have been the pizza party.

And the Oscar Goes to ... Kevin Spacey as Keyboard Cat!