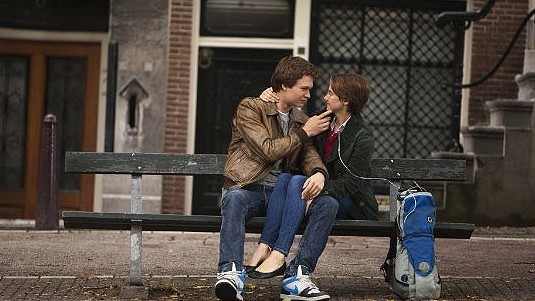 $48.2 million: Domestic amount earned by The Fault in Our Stars, the Shailene Woodley–starring teen cancer romance. That’s $6 million less than Woodley’s Divergent opener in March, but hey, it’s only her fourth movie and she’s won 9 percent of 2014’s weekends. TFiOS is a giant leap for director Josh Boone, whose 2013 indie Stuck in Love played to just 21 theaters and earned $81,071 (despite starring Kristen Bell, Jennifer Connelly, Greg Kinnear, and a post–Perks of Being a Wallflower Logan Lerman). TFiOS marks the weakest summer 2014 weekend winner thus far, falling far short of Maleficent’s $70 million and the more than $90 million earned by The Amazing Spider-Man 2, X-Men: Days of Future Past, and Godzilla, and $1 million behind Neighbors. Starting with a big Thursday midnight showing, the film earned $26.2 million on Friday alone. According to Box Office Mojo, “the 52 percent Friday-to-Saturday dip is one of the steepest ever.” TFiOS’s worldwide total stands at $62.3 million.

1: Major Stephen King adaptations Josh Boone is about to make. Leading up to The Fault in Our Stars’s release, he told Vulture that The Stand will be “one three-hour, R-rated version with an amazing A-list cast across the board. Every single one of those characters will be somebody you recognize and somebody you relate to.”

82: Freshness percentage the movie has on Rotten Tomatoes.

82 again: Percentage of The Fault in Our Stars’s audience that was female. 79 percent of the audience was under 25.

$29.1 million: U.S. opener for Doug Liman’s third-place Edge of Tomorrow, starring Tom Cruise and Emily Blunt. That’s exactly where box office tracking predicted the movie would land, but that doesn’t mean Liman and Warner Bros. are in any way happy about it — Edge of Tomorrow cost a pricey $178 million to make. Still, the film took in $111 million abroad, bringing the total to $140 million worldwide. Maybe we won’t see a sequel, but they’ll at least earn back their budget.

47 percent: Amount of Edge of Tomorrow’s ticket sales that came from 3-D showings, once again proving that the medium is not as faddish as we all (?) wish.

$33.5 million: Domestic total for the second-place Maleficent’s second weekend. Around the world it has made $335.5 million, which is a spectacular $165 million leap from last week. And it hasn’t even opened in China or Japan yet.

3: Weeks it takes to run out of things to say about a superhero movie’s box-office performance, if not the entire movie.

14.7 million: Number of American dollars that still had something to say about X-Men: Days of Future Past anyway. The way it’s trending, the sequel only has about two more weeks of serious domestic money-making before it gets eclipsed by the summer’s new juggernauts. Worldwide, the most successful X-Men movie yet passed $600 million. Days of Future Past will probably hang on long enough to earn another $100 million.

$7.2 million: Anemic earnings for Seth MacFarlane’s A Million Ways to Die in the West on Weekend 3. The film fell 57 percent from last week, “which is a horrible drop for a comedy,” says Box Office Mojo. International grosses aren’t really helping, either, adding just $20 million to the film’s take so far. MacFarlane’s 2012 feature debut, Ted, topped out at $549.4 million globally. At the same point in its life, Ted had earned $109 million in America.

$5.95 million: Domestic weekend earnings for the once-proud Godzilla. The beast’s worldwide total is tipping ever closer to $400 million.

3: Consecutive weeks Jon Favreau’s Chef has lived at no. 9. The star-jammed indie doubled its locations to 1,300 and earned its biggest weekend yet with $2.6 million. That put it past the $10 million mark.

$5.2 million: Amount earned by Neighbors on its fifth weekend, passing Adam Sandler and Drew Barrymore’s two-weeks-younger Blended, which took in $4.05 million and is sitting on a light $36.5 million domestically.

$8.1 million: Amount earned by 22 Jump Street’s early opener in the U.K. “That’s three times higher than 21 Jump Street’s debut,” Box Office Mojo writes, “which indicates that this sequel is going to take a big step up overseas.” The movie opens in the U.S. alongside How to Train Your Dragon 2 this Friday.