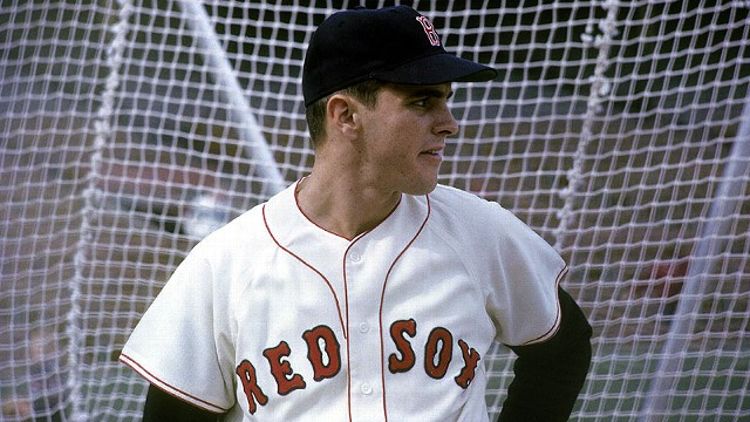 It’s easy to forget how dangerous baseball can be. It isn’t embroiled in a head injury crisis the way hockey and football are, and medical advances are quickly making pitcher injuries more of a nuisance than a tragedy. Tommy John surgery — which was only invented in the past 40 years — now puts an overwhelming majority of pitchers back on the field within 18 months. In years to come, one assumes surgeons will solve the shoulder as well as the elbow, and we’ll have fewer and fewer injury-related “what-ifs” to concern ourselves with.

It’s easy to forget until a catastrophic accident takes place, as it did 46 years ago yesterday. Consumed in a legendary four-way pennant race the likes of which we may never see again, the Boston Red Sox relied on two corner outfielders who seemed to be on Hall of Fame trajectories. Carl Yastrzemski, of course, hit .326/.418/.622 that year (in an environment that was only slightly less hostile to hitters than the surface of Venus) en route to the Triple Crown and, indeed, the Hall of Fame.

Tony Conigliaro, 22, hit .287/.341/.519. But on August 18, Angels right-hander Jack Hamilton lost control of a fastball that struck Conigliaro in the head, breaking his orbital bone and cheekbone and causing a cyst to form behind his eye. The aftermath wasn’t all that pleasant for Hamilton (who was interviewed by Yahoo’s Jeff Passan for this story on the 40th anniversary of the incident), but Conigliaro missed a season and a half, and while he staged a briefly successful comeback, vision problems forced him out of the game for good at 30.

The day he was hit, Conigliaro (who had won the Red Sox right field job at 19), was hitting .276/.339/.510 for his career. Even the fact that he’d amassed 2,046 plate appearances in his career was a good sign for his Hall of Fame chances. Conigliaro is one of 17 players to bat 2,000 times through age 22 — seven of the 13 others who are eligible are in the Hall of Fame. Sort them by OPS+ through age 22 and nobody above Conigliaro was worth less than 50 wins over his career. Through age 22, Baseball-Reference’s similarity score compares him to Mickey Mantle and Frank Robinson. Considering the stock New Englanders place in their athletic history, and that Conigliaro was from Massachusetts, he’d have been practically beatified if he’d finished his career the way he started it.

The story would be sad enough if it weren’t littered with little tragic footnotes. Upon Conigliaro’s death in 1990, the Red Sox began giving an award out in his name to a major leaguer who overcomes an obstacle. The first recipient, Jim Eisenreich, played 15 years in the majors with Tourette Syndrome, and most of those who followed overcame illness or injury. But in 1991, the award went to Dickie Thon, who’d taken a Mike Torrez fastball to the face seven years earlier, which caused lasting vision problems that would derail what figured to be a Hall of Fame career for the Houston Astros. It was a touching gesture, but an almost cruelly ironic one.

Conigliaro’s injury also happened 47 years to the day after Cleveland Indians shortstop Ray Chapman, perhaps on the way to the Hall of Fame himself, took a pitch from Carl Mays off the side of the head. He died 12 hours later. Chapman’s death famously contributed to the banning of the spitball and the practice of introducing clean baseballs to the game at regular intervals, though batting helmets didn’t become mandatory for 30 years after that.

Conigliaro’s beaning sparked no such rule change. He was wearing a batting helmet with no earflaps, as was customary in 1967, but earflaps didn’t become mandatory for new players until 1983, and wearing an earflap didn’t help Thon much when Torrez hit him.

Gruesome hit-by-pitch incidents have gotten rarer, though not extinct. Kirby Puckett was hit in the face in his last major league at-bat, though he was 35 at the time and his career would end because of complications from glaucoma, not the broken jaw he suffered from Dennis Martinez. In 2005, Adam Greenberg took a Valerio de los Santos fastball off the back of the head in his first career plate appearance, causing him concussion-related issues that hound him to this day and — apart from a three-pitch stint with the Marlins last year — ended his major league career. Mike Piazza and David Wright famously suffered concussions after taking balls to the head, and a collision on the bases altered Justin Morneau’s career significantly, as have line drives that contributed to horrifying or career-ending injuries from pitchers ranging from Alex Cobb and Bryce Florie all the way back to Dizzy Dean and Herb Score.

In the years to come, Major League Baseball will probably mandate higher standards for helmets, perhaps going as far as to develop a protective hat for pitchers or softball-style face masks for batters and baserunners. We can only hope that another gruesome, career-altering, life-threatening beaning incident won’t be the cause.