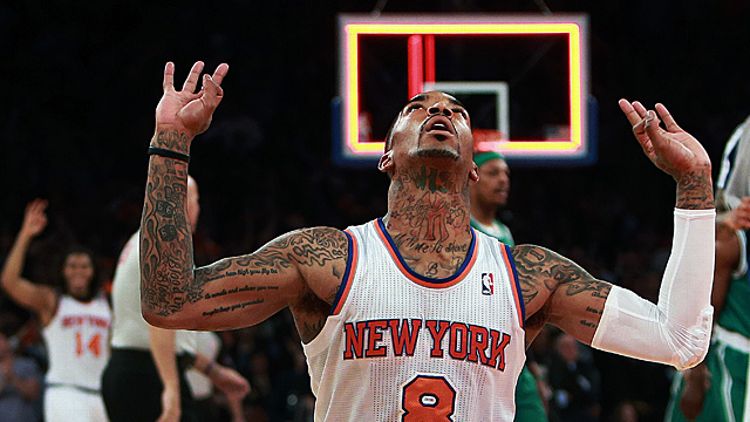 “Hey, remember that one time J.R. Smith was driving around New York City in an armored truck that costs half a million dollars?”

As the New York Post reports: “Smith, who’s recovering after surgery on his left knee in the offseason, rolled up to Meatpacking District restaurant Catch on Thursday night in a Gurkha F5, which is made by Toronto-based Terradyne Armored Vehicles and used by police and the military. Smith parked the oversize truck, worth about $450,000, on the street while he dined inside.”

Thank you to the New York Post for documenting this important moment in J.R. Smith history, and thank you to Seth Rosenthal for the tip. In case there was ever any question, we support any and all NBA players riding around in 13,500-pound custom-made Canadian armored vehicles. But especially if that player is J.R. Smith.

Buckle up, haters. It’s gonna be a bumpy ride.