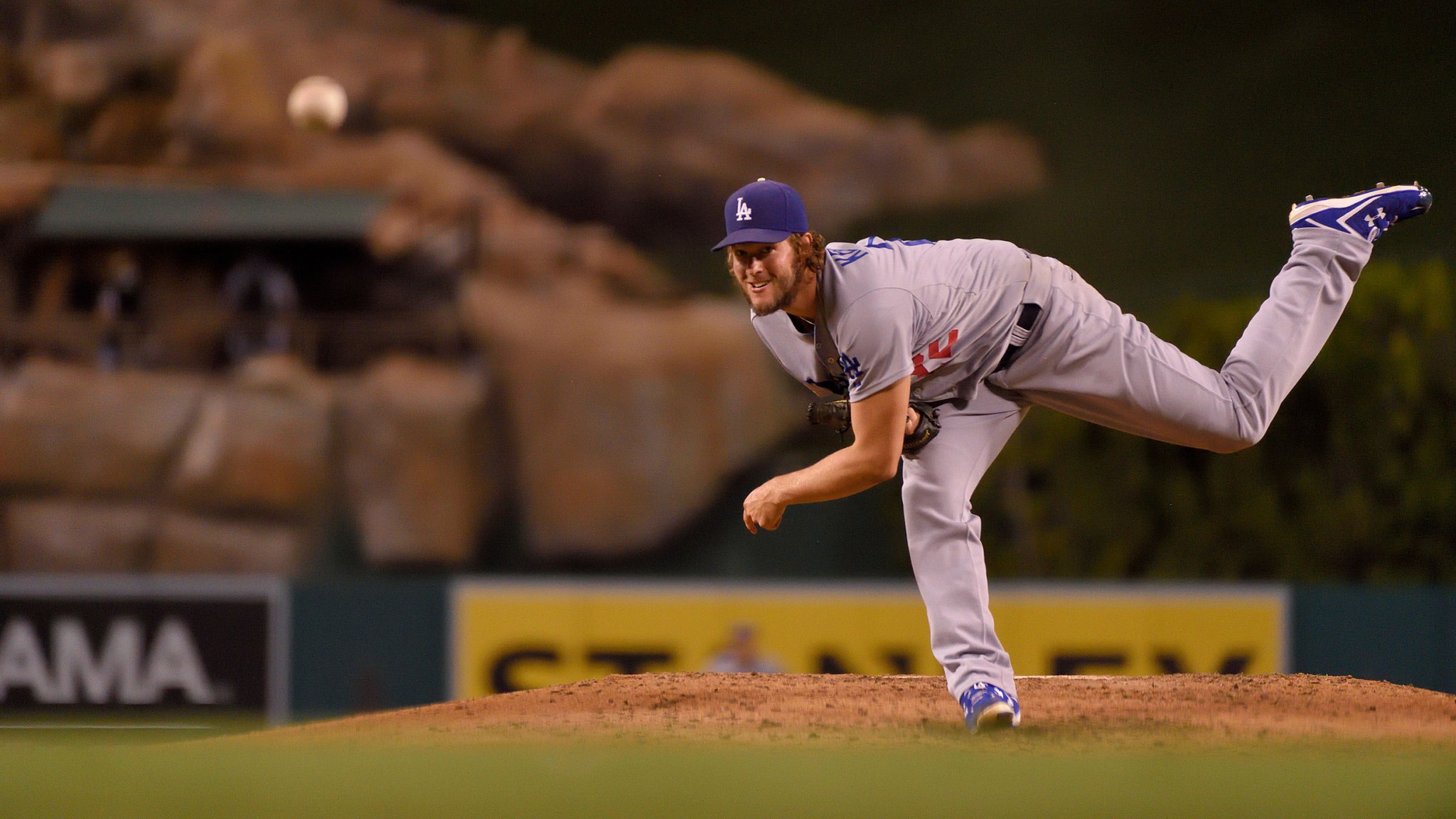 The regular season is over and the playoffs are about to begin. This can mean only one thing: It’s time to hand out our 2015 MLB awards!1 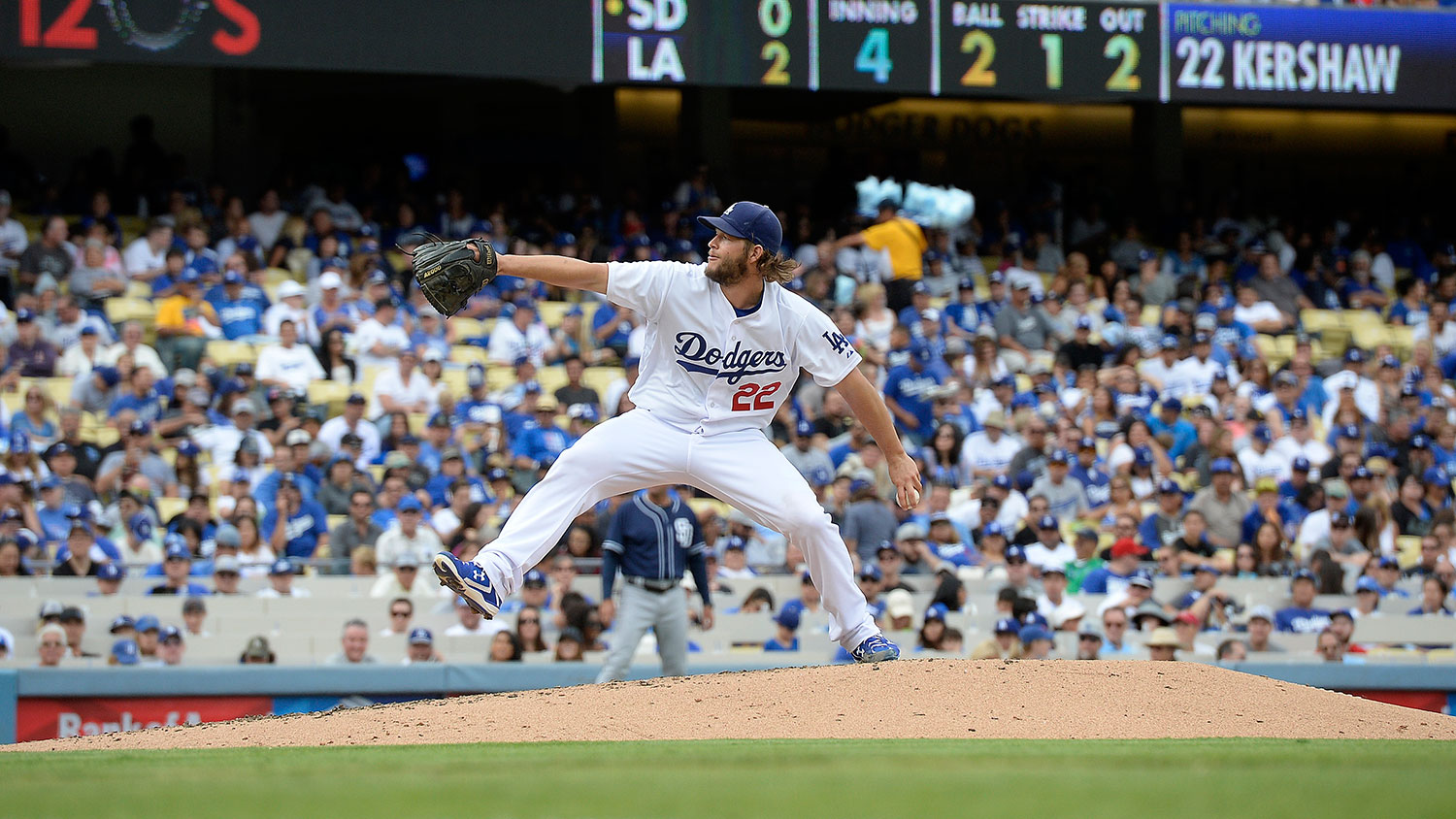 This is a bloodbath, one of the toughest award decisions voters will ever face. That’s because Kershaw, Zack Greinke, and Jake Arrieta have all been so good, but it’s also because of how hard it is to rate starting pitching to a precise degree.

Back in the Mesozoic Era, writers used win-loss records to evaluate pitcher performance. We’ve since come to accept that approach as flawed, because wins and losses depend on run support, defense, and about a thousand other factors beyond a pitcher’s control. Once (some) voters realized this was a terrible way to evaluate performance, the next step was to go by ERA. But that, too, invited all kinds of problems, such as differences in ballpark effects, the impact of defense, how hit sequencing can dramatically affect run scoring, etc. After that, a few more analytically inclined observers started going with Fielding Independent Pitching. But FIP has its own complicating factors, like how pitching to different catchers and umpires can significantly impact balls-and-strikes calls, in addition to how FIP ignores balls in play and therefore doesn’t consider a pitcher’s ability to, say, prevent doubles and triples.

That’s where Deserved Run Average (DRA) comes in. Developed by the stats team at Baseball Prospectus, DRA drills down to finer details than all of those other metrics, in an effort to identify exactly how many runs a pitcher “deserved” to have allowed. DRA is park adjusted, but it uses single-year park factors — instead of the oft-used three-year samples — to better capture shifts in shorter-term trends. It also controls for plenty of other factors, like how different talent fits within the context of those home parks, umpires, score differential, temperature, starter vs. reliever, and much more.

“Statistically speaking, DRA measures the most likely contribution that a pitcher actually made to his team this year,” said Jonathan Judge, a member of the BP stats team who helped design DRA. “Because the Cy Young is about what you did, not what you should have done.”

Yet even with all the specifics of DRA, this race remains ludicrously close.

Baseball Prospectus combines DRA with innings pitched to calculate which pitchers delivered the most raw value. That combined stat is then scaled to look like the various derivations of Wins Above Replacement, where a 25th man would deliver a score around zero, an average player around two, an All-Star four or higher, and an elite player six or higher. By this DRA-plus-innings measure, Clayton Kershaw was worth 7.9 wins, Zack Greinke 7.6, and Jake Arrieta 7.5. In other words, the difference between the three amounts to maybe a few hits over the course of a 162-game season.

If you believe that a pitcher who just posted the lowest ERA since peak Greg Maddux2 deserves the honor and that suppressing batting average on balls in play is an attainable skill for a select few genius pitchers, then Greinke’s 1.66 makes a great case for the title. For a different kind of historical performance, Jake Arrieta has smacked extra-base hits at the plate more frequently than he’s allowed them this year (and last year), and he also just set the record with an 0.75 ERA after the All-Star break.

Still, my vote is for Kershaw, because pitchers have more control over strikeouts than over whatever happens once a ball is put in play, and he just struck out 301 batters in 232.2 innings. That’s the highest single-season strikeout rate for any qualified starting pitcher in major league history not named Pedro Martinez or Randy Johnson. Plus, we can throw in that microscopic edge in DRA for good measure.

It’s exceedingly rare that you get three worthy candidates for one award. And really, any of these guys would be a deserving winner. 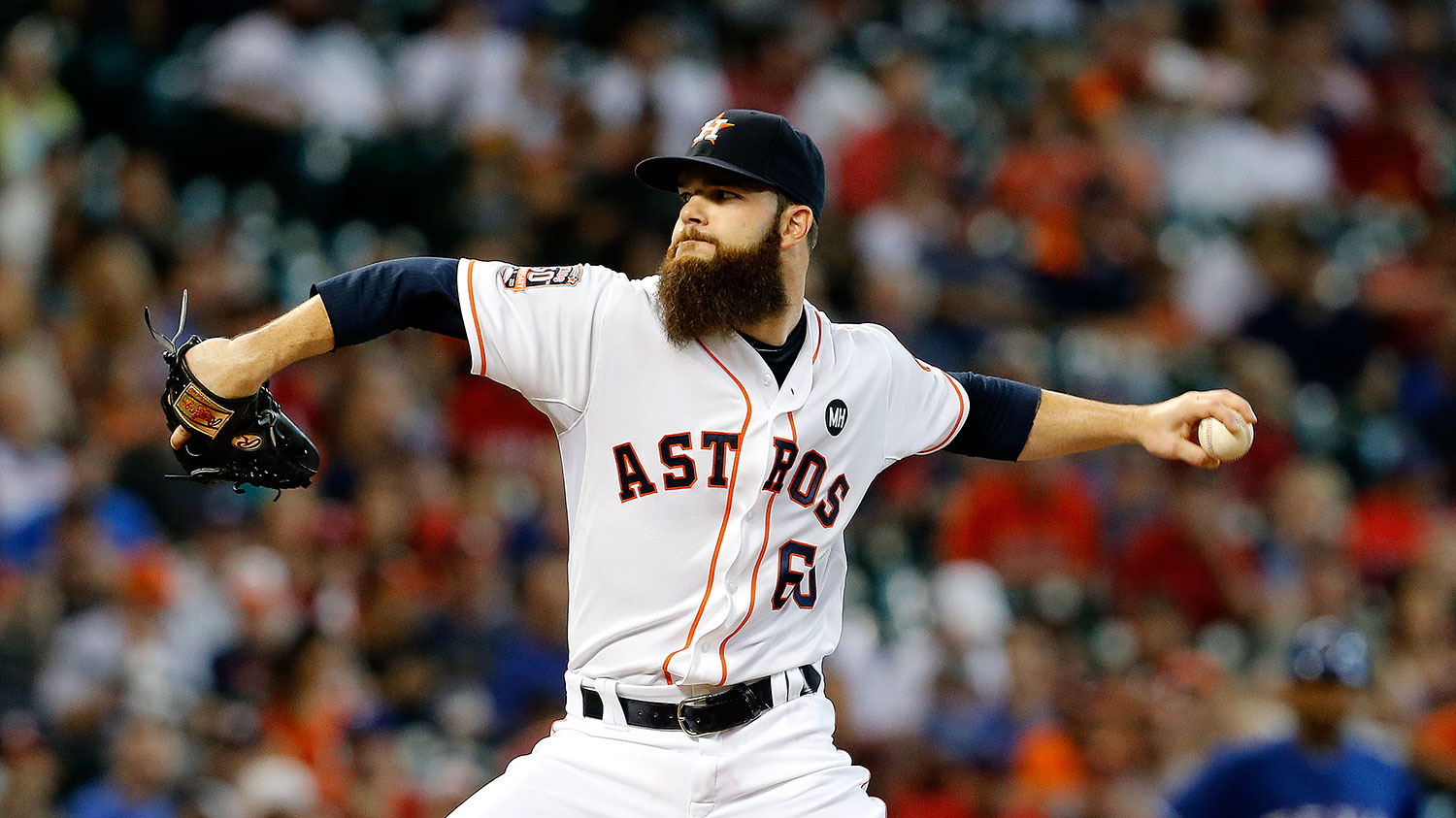 It’s not anywhere near the battle royal that the NL race is, but the AL Cy Young vote is tricky in its own right. Once you take Keuchel’s 20 wins out of the equation, the gap between him, David Price, and Sonny Gray is nothing more than a couple of ticks one way or another in a few statistical categories. However, Gray pitched only 208 innings, compared to Keuchel’s league-leading 232 and Price’s 220, so the young Athletic is out.

By both ERA (2.45 to 2.48) and FIP (2.78 to 2.91), Price holds tiny advantages over Keuchel. With the help of his excellent cutter, Price has been fantastic this year, and he’s a big reason the Jays finally broke their 22-year playoff drought. So why the vote for Keuchel? Again, the answer lies in our improved ability to not just estimate a pitcher’s contributions but actually measure them. Neither ERA nor FIP properly accounts for a pitcher’s ability to suppress individual batters’ performance. In particular, both have a blind spot when it comes to suppressing extra-base hits that aren’t home runs.

In this case, the 20-game winner also happens to be the better pick. 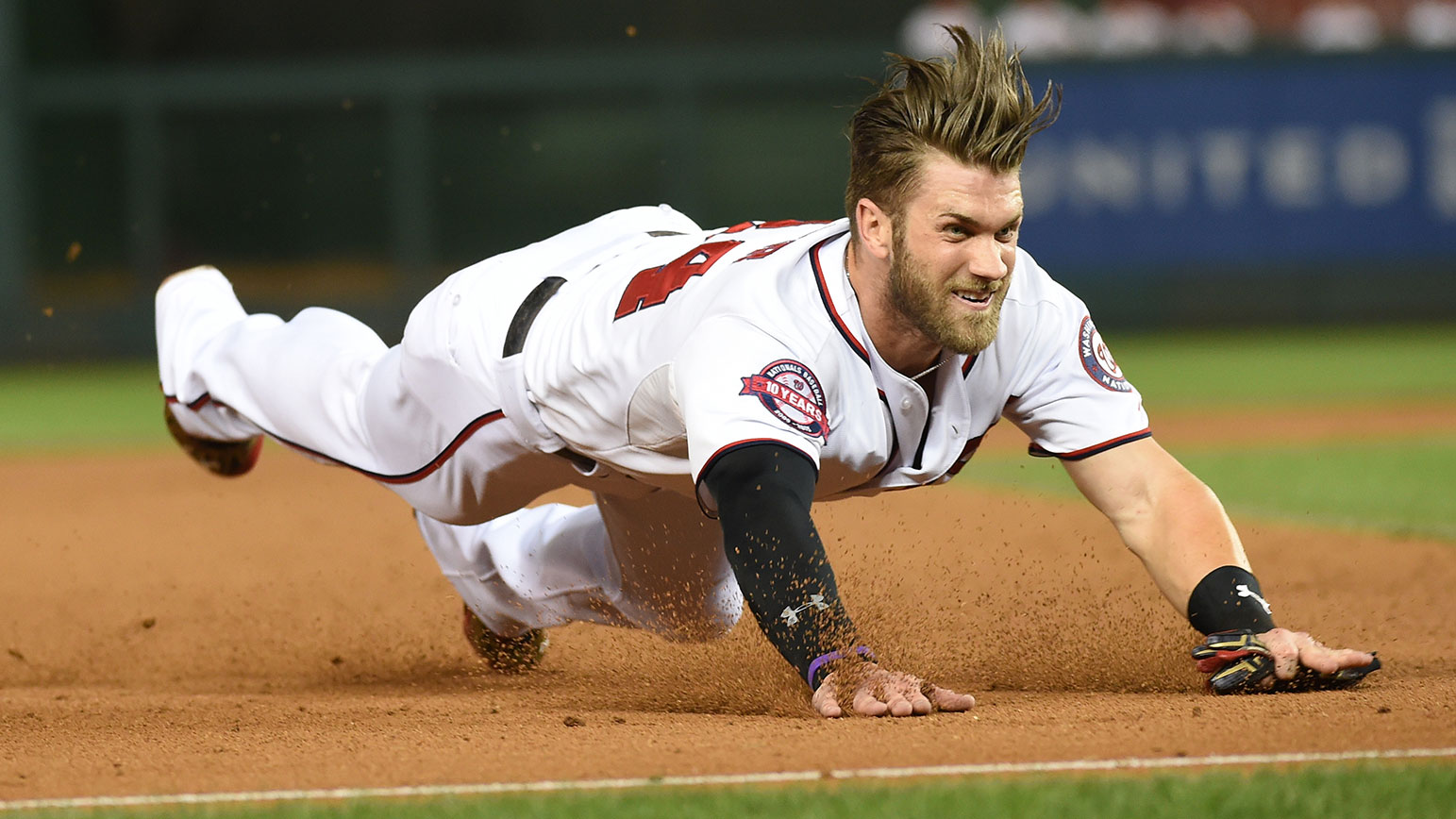 If we were simply asking who the best player in the National League was, even the staunchest anti-hair-care activists would concede that Harper is the guy. He led the league in on-base percentage, slugging percentage, park-adjusted offense, and Wins Above Replacement. To make the traditionalists happy, he also tied for the league lead in homers and just barely missed a batting title.

The only possibly complicating factor in Harper’s candidacy is the word “valuable.” So let’s just get that question out of the way: “How can he be considered valuable if his team didn’t even make the playoffs?” Because no one player can single-handedly lead a baseball team to the postseason, and players have no control over the teammates (or manager) that the GM picks for them.

By Baseball-Reference’s version of Wins Above Replacement, Harper was worth an eyelash less than 10 wins; only one position-player teammate was worth two (Ian Desmond) and only three were worth more than one (Desmond, Yunel Escobar, and Danny Espinosa). Until baseball makes a rule that allows a star player to hit home runs, then literally carry the entire team on his back around the bases so they can all score runs, there’s nothing Harper or anyone else can do about that level of incompetence.

So, rather than get cute, let’s stop playing word games and just acknowledge the reality of the situation: Bryce Harper was the best player in the National League this year. Thus, he is the choice for MVP. 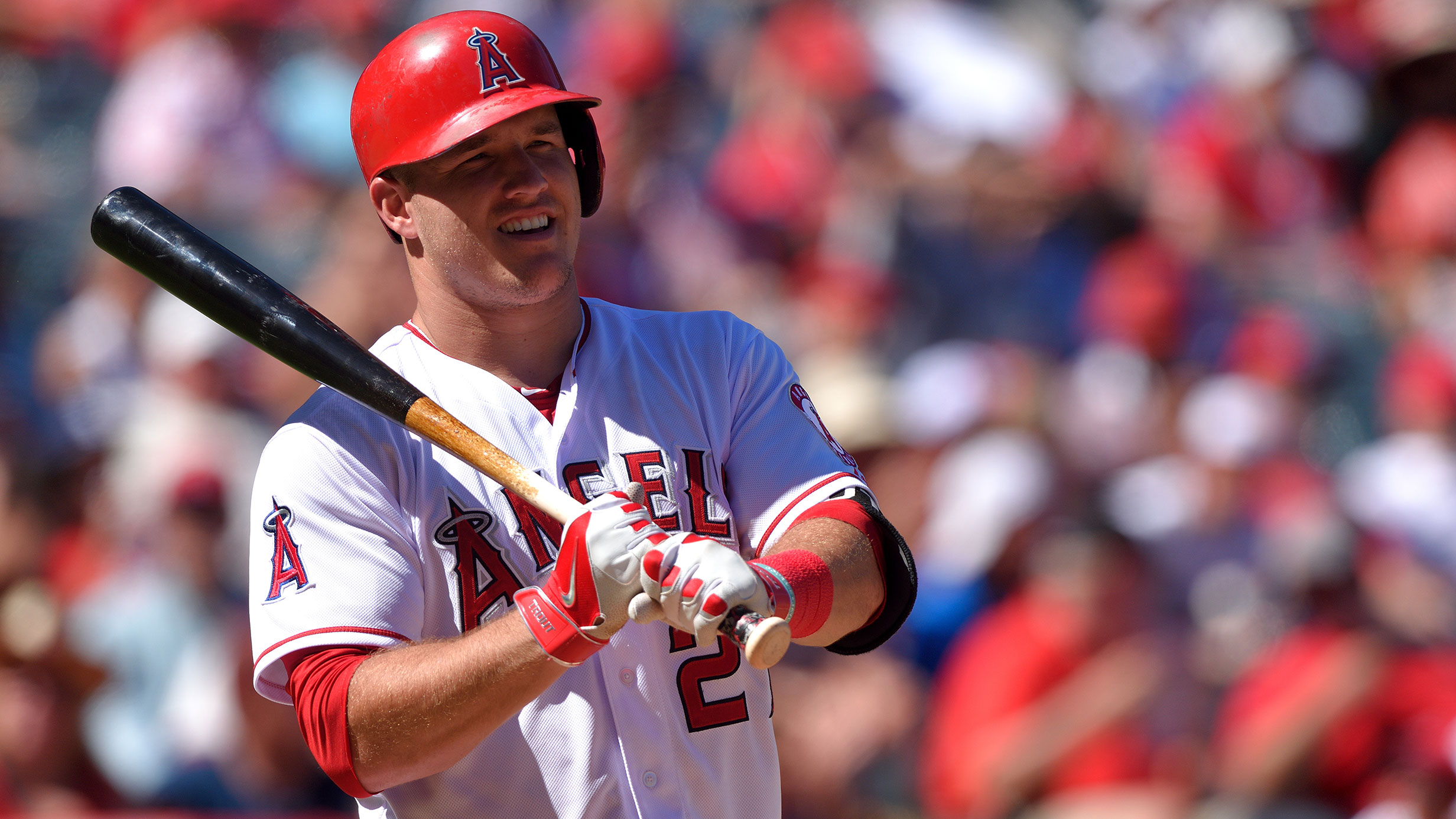 This one comes down to Trout and Josh Donaldson. Trout was a better hitter this year. He hit for a higher average (.299 to .297), got on base more often (.402 to .371), and hit for more power (.590 slugging percentage, vs. .568). By park-adjusted offensive metrics, Trout was the best hitter in the American League, while Donaldson ranked fourth. Meanwhile, Donaldson was the better fielder, per Baseball Info Solutions’s Defensive Runs Saved: He graded as 11 runs better than the average third baseman, compared to Trout’s five runs above the average center fielder. Both players played premium positions, though, and that relatively small defensive gap isn’t enough to override Trout’s offensive advantage. By both versions of Wins Above Replacement, Trout has the edge.

I’m mostly unsympathetic to the “look at all those RBIs” argument, because it’s not Trout’s fault that he played in a relatively thin offense, while Donaldson played for a team that at times resembled a modern-day version of the ‘27 Yankees. However, Donaldson did make the most of the chances he got, leading the American League in Win Probability Added (WPA), which measures not only production but also leverage. Last week, my colleague Ben Lindbergh made the case for Anthony Rizzo’s NL MVP candidacy using “Championship Probability Added,” a version of WPA that takes into account how actions affect a team’s playoff odds, and Donaldson leads the AL in cWPA, too.

Even with that ingredient thrown into the mix, I’d still pick Trout, who ranked third in cWPA behind Donaldson and … Mitch Moreland. When clutch situations arose, Trout was an absolute monster. All of the arguments for Donaldson seem to require the splitting of hairs, while Trout simply is the better player and was the better player this season. It might be boring, but last year’s MVP deserves to win it again. 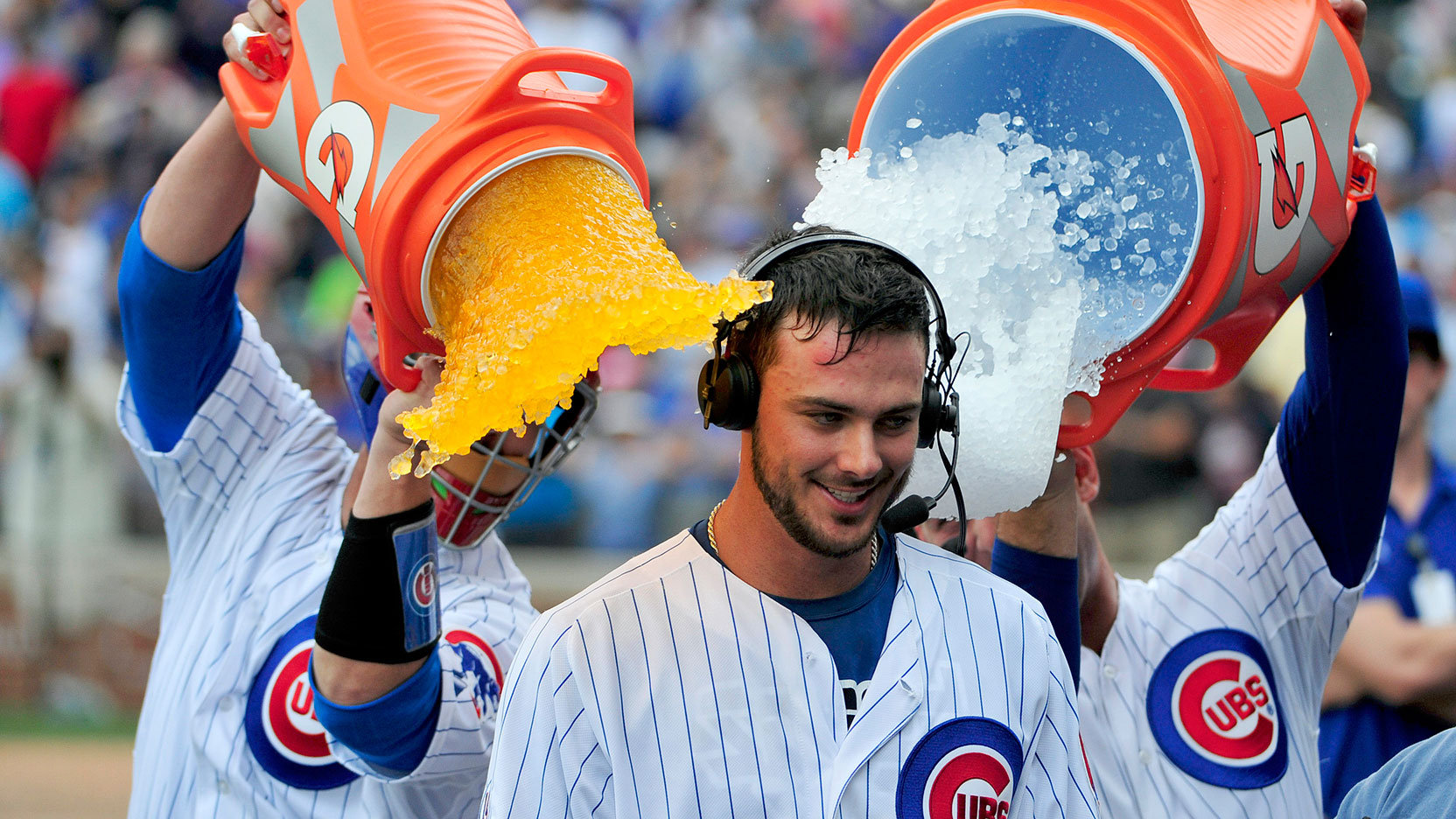 Back in June, it looked like this one would go down to the wire between Bryant and Joc Pederson. Then the emergence of Jung Ho Kang, Noah Syndergaard, Matt Duffy, and a few others muddled the picture even more. But eventually, the preseason favorite ended up lapping the field. Despite entering the league as a supposed power-hitting monolith, Bryant proved himself to be a much more complete player than the scouting reports suggested. And that’s not to say the home runs never came: Dude can definitely mash, too. 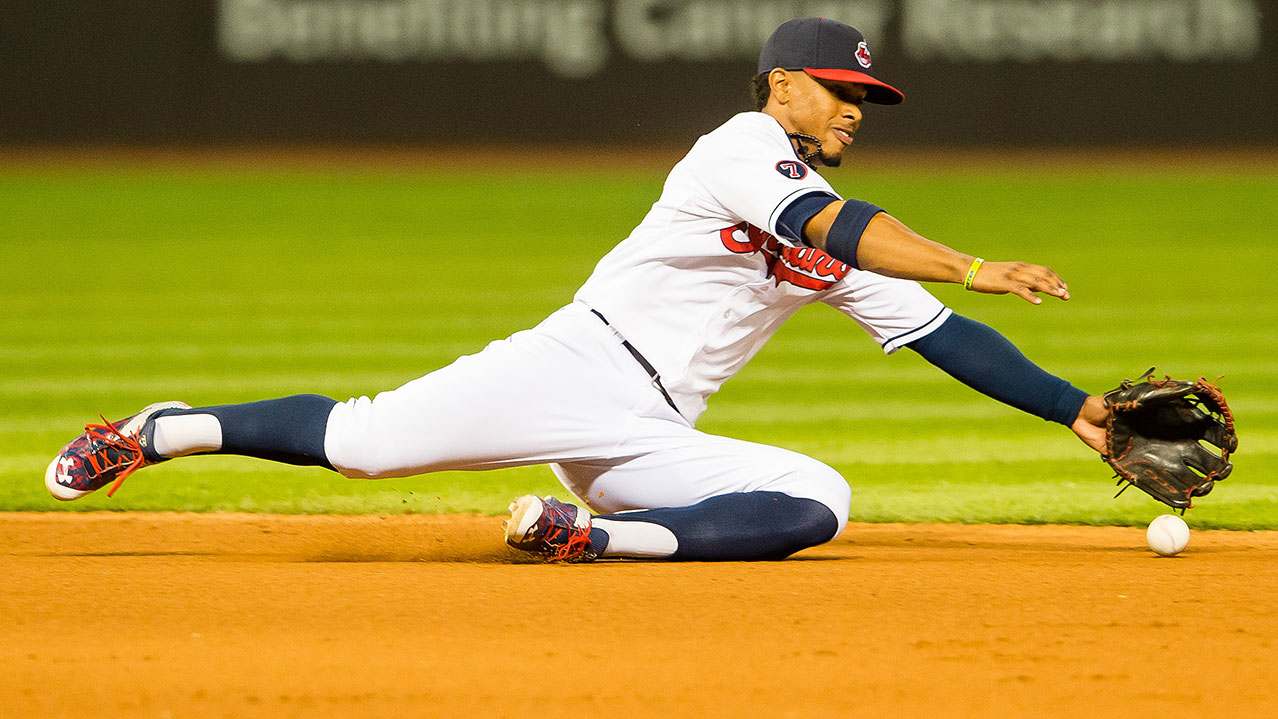 In what will go down as The Year of the Rookie, this was another deep award field: Even after this is published, I’ll be staring at the screen, trying to figure out how to shoehorn Miguel Sano onto the ballot. The two clear front-runners, though, were Lindor and Carlos Correa. Offensively, they produced a strikingly similar amount of value: Correa’s more power-heavy .279/.345/.512 was 33 percent better than the league-average hitter on a park-adjusted basis, while Lindor’s .313/.353/.482 was 28 percent better than average.

The difference, then, was defense. Correa made some exceptional plays in his rookie campaign, but he rated out as roughly league average by advanced metrics. Meanwhile, Lindor graded out as the fourth-best defensive shortstop in the majors, despite having just 99 games to accumulate value. He’s a human vacuum cleaner who played a huge role in one of the biggest in-season team defense improvements we’ve seen in a long time.

Both of these players are going to electrify fans for many years to come. Lindor’s fantastic defense just makes him a slightly better pick to take home this year’s hardware.

The Edge of Glory: Will the Clippers Make the Leap or Hit Reset?