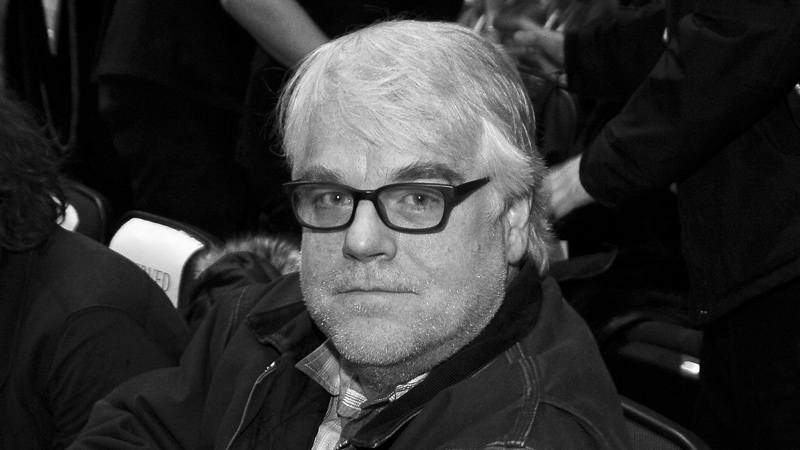 Philip Seymour Hoffman was found dead in New York on Sunday morning of an apparent drug overdose. He was 46.

Hoffman went to rehab for the first time in his early twenties — “I got panicked for my life,” he told Steve Kroft on 60 Minutes in 2006 — and was more than two decades clean before he reportedly relapsed in 2012, abusing pills and eventually heroin. He completed a 10-day stint in a detox facility last year and returned to work shortly thereafter. Around 11:30 a.m. ET yesterday a friend found him at his apartment with a needle still in his arm. He had three children and was widely recognized as one of the greatest actors of his generation.

Hoffman starred in two films that premiered at this year’s Sundance Film Festival. In John Slattery’s grim, ’70s-set drama God’s Pocket, he didn’t look well. It’s strange to say that about an actor who was never afraid to let the camera look upon his pasty, freckled body as a catastrophe, but this was different. He had some weight on him, and appeared to be feeling every ounce of it. His voice was a low, heartsick rumble, the sound of a hangover made flesh. Hoffman conveyed this kind of suffering onscreen better than most working actors — it wasn’t the only thing he could do, but you could always count on him to do it. This didn’t seem like craft, though. He seemed like he was playing through pain.

I wrote a profile of Hoffman once, years ago, when he was promoting 2005’s Capote. We ate lunch in the West Village and smoked cigarettes on the street. I’ve lost the transcript and the story’s not online, which is probably for the best. But at one point I remember asking him some real JV-ball actor-interview question about what, if anything, he felt he had in common with Truman Capote. Hoffman thought about it for a second, and then talked about how Capote was 35 when he started reporting the story that became In Cold Blood, and how there comes a time in every man’s life, around your mid-thirties, when you start to ask yourself, Have I done the great thing I was supposed to do? Am I ever going to do it?

I was about 28 when I wrote that story. I’m 36 now, and I think about that conversation literally every day. I sit at my desk and I look at the dry-erase board above my desk, at the titles of as-yet-unwritten things in green ink, and I ask myself that question. And I think about Hoffman still struggling with it, despite everything he’d achieved by the time I met him. Capote was his first high-profile lead after a decade or so of lauded work in supporting roles, and people were predicting he’d win the Oscar for it, which he did. And he still felt that way, at least enough that it became his way into Truman Capote. Something about that is comforting to me. Or it was, anyway.

He made his feature-film debut in 1991, in a mostly forgotten comedy called Triple Bogey on a Par Five Hole, but didn’t really break through until the late ’90s, with two striking performances in roles that called for an actor unencumbered by vanity. In Paul Thomas Anderson’s Boogie Nights, he’s Scotty J., wearer of tragicomic tank tops, nurser of a pining man-crush on Mark Wahlberg’s Dirk Diggler, which is a good joke until Dirk rejects him, at which time your heart breaks along with his. And in Todd Solondz’s Happiness, he’s a creep who makes obscene phone calls and sticks index cards to the wall with his own semen and generally comes across like a Dan Clowes drawing brought to unpleasant, sweaty life.

In retrospect, Boogie Nights looks like an early, excitable work by a great filmmaker with some growing up to do, and Happiness looks like Solondz holding the human condition under our noses like a carton of rotten milk; both films are to some extent about the suffering of cartoon humans. But in both films, Hoffman seems to draw from a deeper well of empathy, imbuing these sad-sack creatures with a soulfulness that may not have been all there on the page.

A narrative started to develop after Happiness. Hoffman was a guy who played creeps so well that they were never merely creeps. It was one of the things people talked about when they talked about him for years afterward, although he began to transcend it in his work almost immediately. There’s no trace of Allen from Happiness in Hoffman’s snide and imperious turn as Jude Law’s playboy pal Freddie Miles in Anthony Minghella’s The Talented Mr. Ripley, released just one year later. And in Anderson’s follow-up to Boogie Nights, 1999’s Magnolia, Hoffman played Phil Parma, the borderline-saintly nurse who tries to broker a reunion between Jason Robards and his long-lost son, played by Tom Cruise. Anderson said the character’s gentleness was based on qualities he’d seen in Hoffman; it’s still one of PSH’s best performances.

I think about Scotty J. trying on a disco shirt of real Italian nylon when I think about Hoffman. But I also think about Phil Parma. I think about how I never got it together back in 2000 to see him doing Sam Shepard’s great two-hander True West with John C. Reilly — they switched roles every couple of nights — and how lucky I was to see him in Long Day’s Journey Into Night with Brian Dennehy a few years later. And I think about the irascible and cynical CIA lifer Gust Avrakotos, from Charlie Wilson’s War, and the way Hoffman says, “Excuse me, what the fuck?” in this scene. He was the best thing about that movie. He was better than a lot of the movies he was in; it’s an occupational hazard when you’re astonishingly good at everything.

When something like this happens to an actor, it’s tempting to reread their filmography as a series of confessions and cries for help. There’s no way a movie like Anderson’s The Master — which, despite what it has to say about the roots of Scientology, is really a film about two alcoholics in love — won’t be a very different viewing experience given the circumstances of Hoffman’s death. We’ll think more than we would have about how Hoffman’s demons may have shaped the work he did. For what it’s worth — and I met him exactly once, so it’s not worth a whole lot — I can’t accept the notion that the demons made him great. I want to believe the key was kindness.

In that Capote interview, I remember suggesting to him that the film depicts Capote’s relationship with murder suspect Perry Smith as unscrupulous and exploitive. Hoffman seemed genuinely upset that anyone could walk away from this movie thinking that. “No, no, no,” he kept saying, as if even the perception that he’d sat in judgment of a character was one he couldn’t bear. Was part of his process in recovery about forgiving himself, and cultivating an inner softness to make that possible? I don’t know. It’s one possible explanation of how Hoffman managed to get to the places he got to onscreen.

As a former rock critic, I’m obligated to feel strongly one way or another about Hoffman’s portrayal of Lester Bangs, the gonzo spirit animal of the record-reviewing trade, in Cameron Crowe’s Almost Famous. I have issues with the movie, but not with Hoffman in it; I wish it were a Lester Bangs movie through which “William Miller” floats, rather than the other way around. A few years after the real Bangs died, his friend Nick Tosches eulogized him as follows: “He was a romantic in the gravest, saddest, best, and most ridiculous sense of that worn-out word.” You could say the same about Hoffman, who found room in his heart for all those schlubs and creeps and monsters, and made that room in ours. It was the great thing he was put here to do, and he did it over and over.