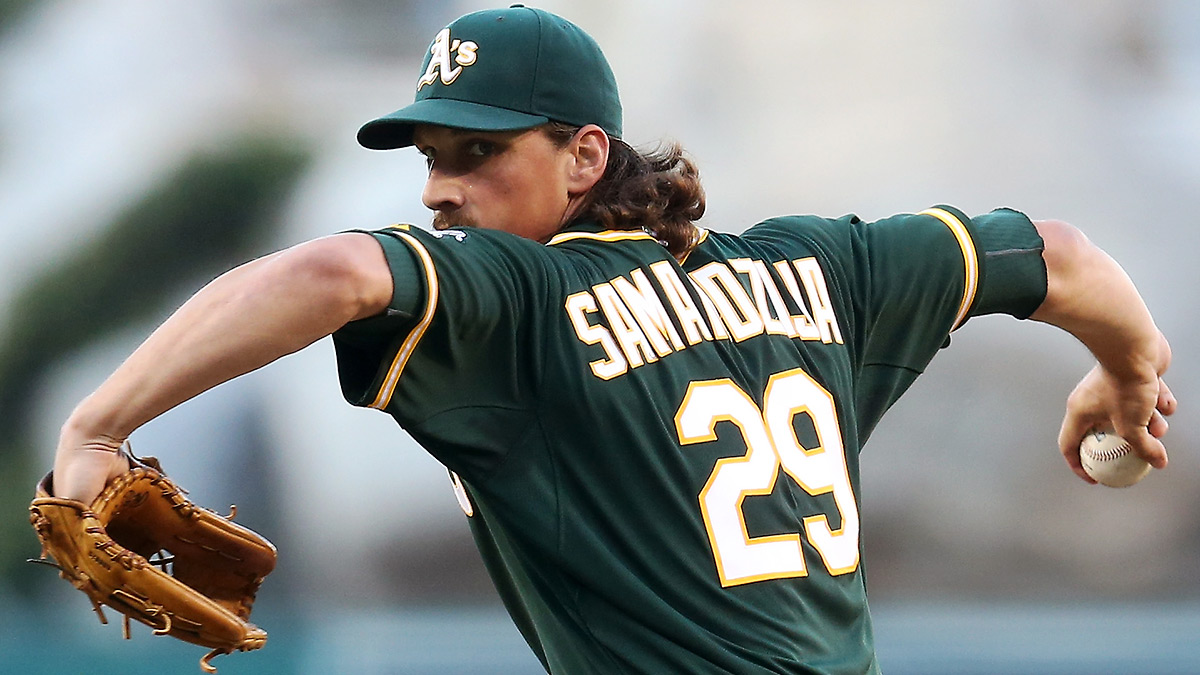 Judging by the Cubs-heavy buzz entering the offseason, one wouldn’t have known that both Chicago clubs posted 73 wins in 2014, or that both teams had talked about contending in 2015. The Cubs had the celebrity front office, the top-rated farm system, and the projected payroll bump that tied them to every high-profile free agent. The White Sox had Chris Sale, Jose Abreu, and a shortstop that everyone wanted.

Following the offseason script, the Cubs signed Jason Hammel early on Monday, when the biggest news surrounding the White Sox was that team president Kenny Williams had considered becoming the Blue Jays’ CEO. The Cubs continued to horn in on every rumor later in the day, when they reportedly remained among the front-runners for Jon Lester and were talking to the Diamondbacks about acquiring catcher Miguel Montero. But as the Lester sweepstakes dragged on through a slow start to the winter meetings in San Diego, the White Sox seized the headlines, signing David Robertson, the market’s best free-agent reliever, to a four-year, $46 million deal and picking up starter Jeff Samardzija in the Oakland Athletics’ estate sale. The new additions directly addressed two weaknesses that had threatened to derail the Sox next season, just as they had in 2014.

The Robertson signing broke first, so we’ll start with the bullpen, where the Sox went into last winter with an obvious game plan: Get all the ground-ballers. It wasn’t the worst idea: Ground balls can’t clear the fence, which make them particularly appealing in U.S. Cellular Field, one of the majors’ most pronounced home run parks. To lower the high homer rate that had hurt their relievers in 2013, the Sox traded closer Addison Reed, an extreme fly-baller, and added Scott Downs, Ronald Belisario, and Zach Putnam to a ground-leaning group that already included Jake Petricka, Daniel Webb, and Matt Lindstrom. Entering spring training, their bullpen depth chart went eight deep with arms who’d recorded ground ball rates above 50 percent in 2013.

In one way, the strategy worked as expected: Even without Nate Jones, the hard-throwing righty who might have served as the club’s closer had injuries not cost him the season, the White Sox bullpen led the major leagues in ground ball rate. In every other way, the strategy backfired spectacularly. No bullpen walked batters at a higher rate than Chicago’s 11.3 percent, and only the perpetually strikeout-starved Twins whiffed fewer opponents. On some teams, a low strikeout rate is an acceptable price to pay for ground balls, but the White Sox weren’t built to support such a democratic staff. Sox defenders allowed a .267 batting average on grounders, the fifth-highest in baseball, and they ranked 26th and 27th in team UZR and DRS, respectively. So while White Sox relievers weren’t particularly prone to home runs, they found a new way to be bad, handing their opponents free passes and then letting them score on singles. It was as if the Sox had become so fixated on ground balls that they built a bullpen without looking at the rest of the roster.

The best antidote for a pitch-to-contact bullpen with a bad defense behind it is relievers who miss bats, and the Sox amended their wish list accordingly. Last month, they signed Zach Duke, who not only got grounders at a White Sox–worthy clip last season but also had a healthy strikeout rate without many walks to go with it. And now they’ve added Robertson, a pitcher whom the Cubs had reportedly coveted. Robertson has long since refined the shaky control and elevated fly ball rates that kept him out of elite territory for the first half of his twenties, and among relievers, only Craig Kimbrel, Greg Holland, and Aroldis Chapman topped his WAR total from 2011 to 2014.

Robertson has never had the heat that his career 32 percent strikeout rate would suggest, and his cutter has lost a tick since its 2011 peak, but he compensates with top-of-the-scale extension and spin. Only two other players in the PITCHf/x era have thrown cutters with more career vertical movement than Robertson’s. That movement makes his pitches appear to rise, resulting in high foul/swing rates. Robertson also releases the ball abnormally close to home plate, raising his perceived velocity by roughly 1.5 mph1 and leading to a lot of looking strikes. The usual fine print about risky long-term reliever contracts applies, but there was no better bullpen quick fix on the free-agent market. And since Chicago’s eighth overall draft pick is protected, signing Robertson will cost the club only a second-rounder. 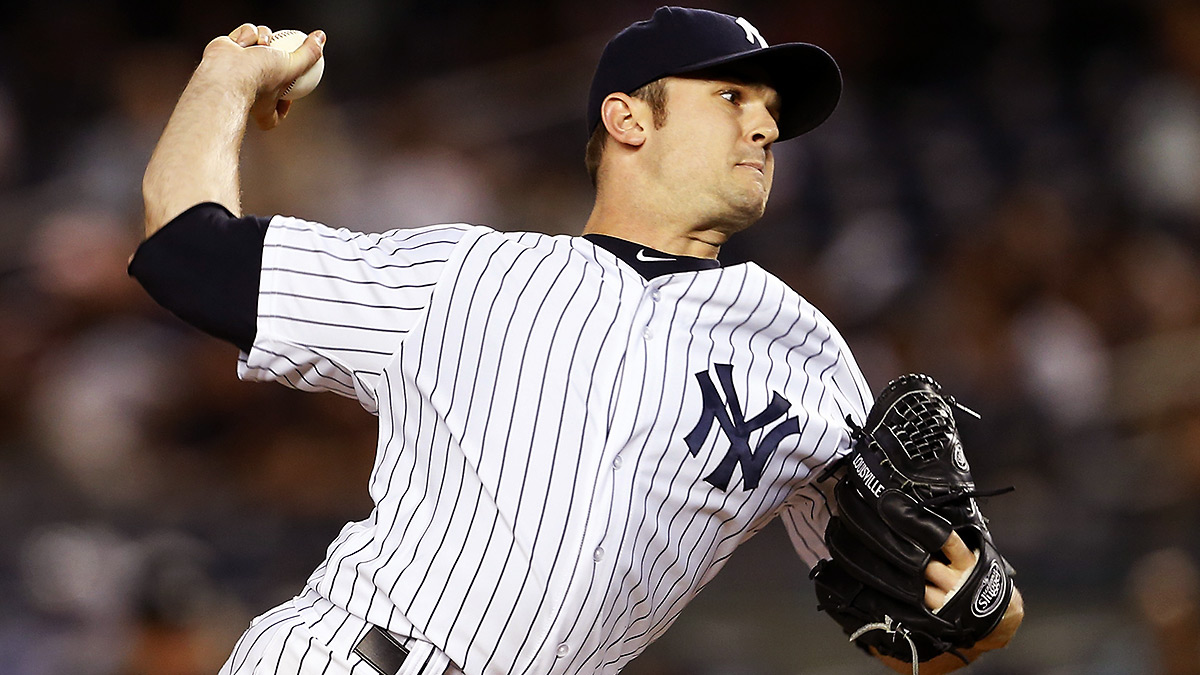 By themselves, Chicago’s bullpen upgrades would have been lipstick on an ugly staff, but they came with a corresponding upgrade to a rotation that figured to be almost as spotty. White Sox ace Chris Sale is one of the five best starters in the American League, and Jose Quintana is an above-average innings eater on a team-friendly contract, but the Sox couldn’t find even a league-average arm to supplement those two in 2014. Samardzija gives them more than that: a soon-to-be-30-year-old right-hander coming off consecutive 200-inning seasons, the second of which saw him add above-average command to a deep skill set that includes a five-pitch arsenal and the ability to get both grounders and K’s. Samardzija walked only 2.8 percent of the batters he faced after his July trade to the A’s, a rate that only Phil Hughes bettered over the full season. Put Sale, Samardzija, and Quintana together with 2014 third overall pick Carlos Rodon, whom the Sox considered calling up last season, and even the prospect of 30 starts from John Danks can’t totally tarnish the rotation.

By acting before Lester made up his mind, the Sox may have saved themselves from having to bid against the teams that would have gotten more serious about chasing Samardzija after losing out on the lefty. However, one year of Samardzija — plus, they hope, an opportunity to extend him beyond 2015 — still cost them Marcus Semien, Chris Bassitt, and, according to reports, an as-yet-unrevealed third player.

Semien, a 24-year-old 2011 draftee, debuted in the big leagues in 2013 and spent a third of the 2014 season with the White Sox. Although the strong plate discipline and production he’s shown in the upper minors haven’t yet translated to the majors, it’s not unreasonable to expect him to mature into an average second baseman as soon as next season. His departure leaves the Sox without an obvious replacement at second. Then again, at the rate Billy Beane is burning through his roster, maybe the Sox can try trading for Semien before the offseason is out. With Samardzija, Brandon Moss, and Josh Donaldson already dumped, Scott Kazmir’s expiring contract next on the auction block, and Luke Gregerson, Jed Lowrie, and Hammel leaving in free agency, A’s fandom is starting to seem like a difficult sell, and not just for next season. Now that both 2014 rent-a-pitchers have departed, we can calculate the approximate price the A’s paid in player talent to have Hammel and Samardzija for the stretch run: Addison Russell minus Semien. But if there’s a silver lining to the latest swap, it’s that Semien’s arrival probably spells the end of “Eric Sogard, starting second baseman.”

To summarize, the Sox added one of the best relievers in the game to what had been one of baseball’s worst bullpens, and they bumped a replacement-level starter from the rotation to make room for Samardzija, a well-above-average one. That’s an upgrade of at least a few wins, even after subtracting Semien. Add in Duke and slot November signee Adam LaRoche into the roster spot recently occupied by Paul Konerko’s remains, and the Sox are the most improved team since the offseason started.

Right now, that’s enough to make them more interesting than we thought, but not nearly enough to make them a postseason favorite. The Sox have holes to fill all over the field, with at least four positions (catcher, second base, and the outfield corners) slated for subpar production. To buy the Sox as a real threat, you’d have to have a high opinion of Avisail Garcia and Conor Gillaspie, plus a Finding Bigfoot–level of delusion about Dayan Viciedo’s development. Of course, the White Sox wouldn’t have made these moves unless they thought they could strengthen enough of those positions to make a playoff run realistic. And they’ll have a have a hard time making those spots look respectable — Nori Aoki, anyone? — without additional withdrawals from owner Jerry Reinsdorf’s account.

The White Sox entered the offseason with only $60 million in guaranteed and arbitration-projected 2015 salary, a lower total than any team but the Marlins and Astros. Assuming Robertson’s dollars are distributed evenly over the life of the deal and Samardzija’s salary approaches its $9.5 million projection, their updated tab will be right around $82.5 million. The Sox have committed more than that in the recent past — Chicago’s spending peaked at $120 million in 2012 before falling to $90 million last Opening Day — but nine-digit payrolls are a big ask from ownership after eight straight seasons of declining ticket sales. On the other hand, a short-term reduction in profit might be the best way to reverse that attendance trend.

While we don’t yet know whether it will pay off, there’s an elegance to the Cubs’ more gradual rebuild that the White Sox’s sudden splurge lacks. The Cubs’ anticipated offseason spending seems like the logical progression of a long-in-place plan, and even for those with no stake in the team’s success, their unceasing stream of top prospects yields an inexorable, Tetris-like impression of complementary pieces falling into place. White Sox GM Rick Hahn has made shrewd moves, too, from signing Abreu for Yasmany Tomas money to trading for Adam Eaton, but he inherited a team with little minor league talent and hasn’t had as much time to restock as the Cubs’ current regime. One wonders whether the 78-year-old Reinsdorf tired of watching the rebuild in real time and asked Hahn to fast-forward to the more exciting scenes.

With the Astros making noise about spending and the Chicago teams putting their money where Houston’s mouth is, it’s time to recalibrate our understanding of which teams are temporarily not trying. While leapfrogging three division rivals would require the White Sox to make more major moves, the Tigers, Royals, and Indians aren’t unassailable, and the wild-card spots, as always, appear tantalizingly close. That’s the lesson of Hahn’s earlier-than-expected all-in: In a 10-team playoff format, few clubs are too far from .500 to talk themselves into contending.

This article has been updated to remove an erroneous reference to Addison Reed being traded for Adam Eaton; the White Sox dealt Reed and acquired Eaton in separate deals.