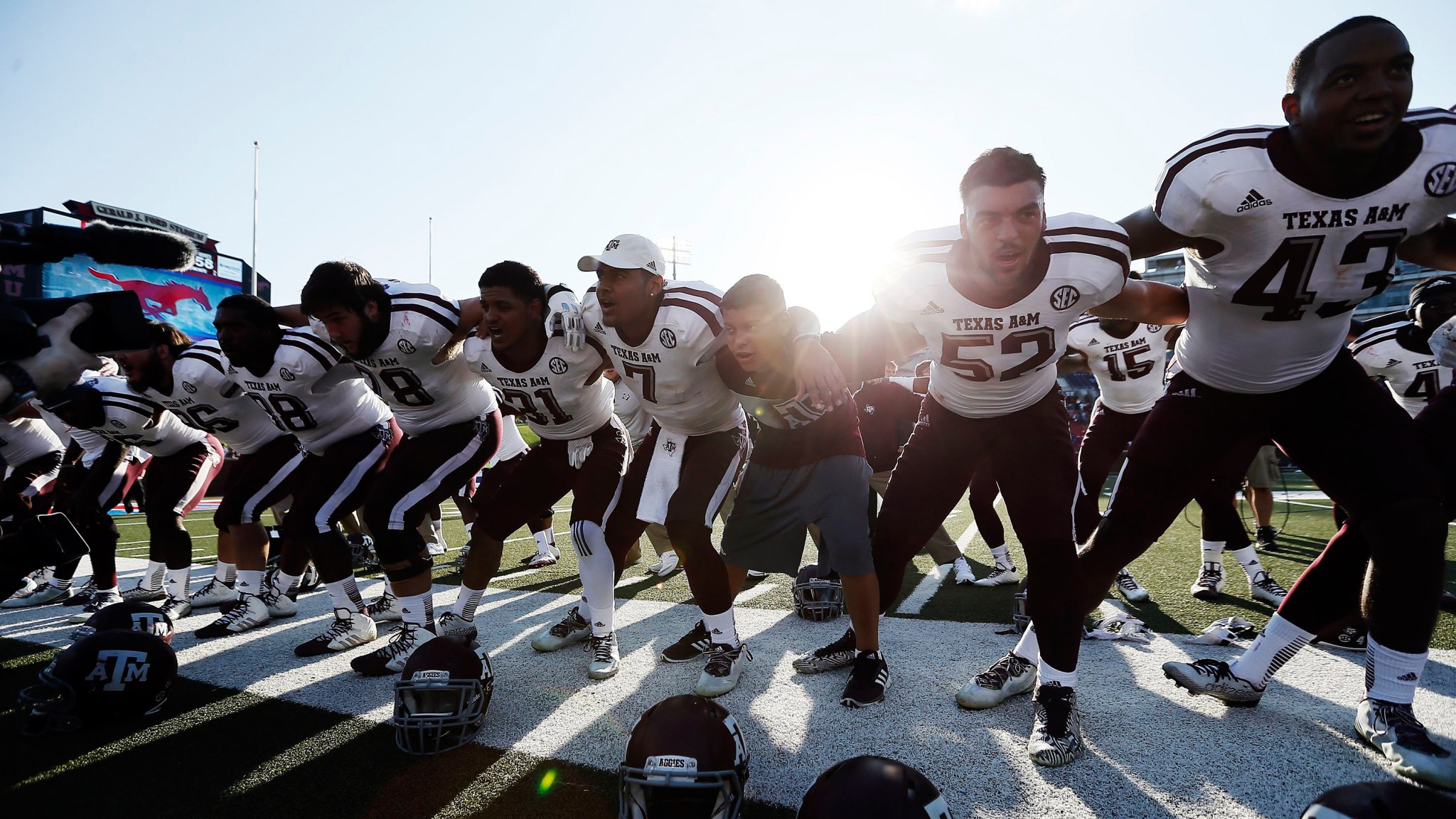 We’re here! Sort of! League play begins to flow in earnest this week, with three conference games on Thursday night alone, continuing into Saturday with scattered rivalry clashes. The Little Brown Jug, Iron Skillet, and mild cussing rights at the country club breakfast buffet — all are at stake. Are you ready? You were born ready.

The game: No. 1 Florida State at North Carolina State

How to watch: If you’ve never been to Raleigh for a game, you ought to go sometime. There are artfully sculpted boulders involved. If you can’t get there by 3:30 p.m. Saturday, turn on ABC or ESPN2 instead, depending on your region. Coverage is also available on WatchESPN.

Story line: Are you a believer in Bruce Feldman’s body-blow theory? If there were going to be a Saturday this season when the Seminoles were primed for a lackluster outing, this could be it. The Wolfpack are undefeated. You never know. Of course, NC State has earned those four wins against the comparatively unmighty likes of Georgia Southern, Old Dominion, South Florida, and Presbyterian. Maybe Florida State just keeps running roughshod over the rest of the league. Maybe you do know.

How to watch: Flip over to CBS at 3:30 p.m. for the chortling stylings of Uncle Verne or make the trek to AT&T Stadium in Arlington.

Story line: Indoor pointsplosion hour! It’s Jerry Jones’s favorite football team in Jerry Jones’s house! Arkansas will run a lot! A&M will throw a lot! Kenny Hill and Alex Collins will put up otherworldly numbers! This game is pork rinds, and we mean that in the giddiest sense of anticipation. Just go ahead and schedule it on Sunday next time; who’d rather watch the Cowboys than this?

The game: No. 16 Stanford at Washington

How to watch: Get to Seattle, get on a boat, and do some sailgating before strolling into the deceptively, terrifyingly loud confines of Husky Stadium. Or point your television at Fox around 4:15 p.m.

Story line: What do we make of Stanford after decisive blankings of UC Davis and Army? Do those wins seem especially meaningless when bracketing the appalling series of red-zone face-plants that led to the Cardinal being upset by USC? How about in light of USC’s subsequent upset by Boston College? Is Washington’s undefeated record, versus Hawaii, Eastern Washington, Illinois, and Georgia State, ready to come undone versus Pac-12 competition? 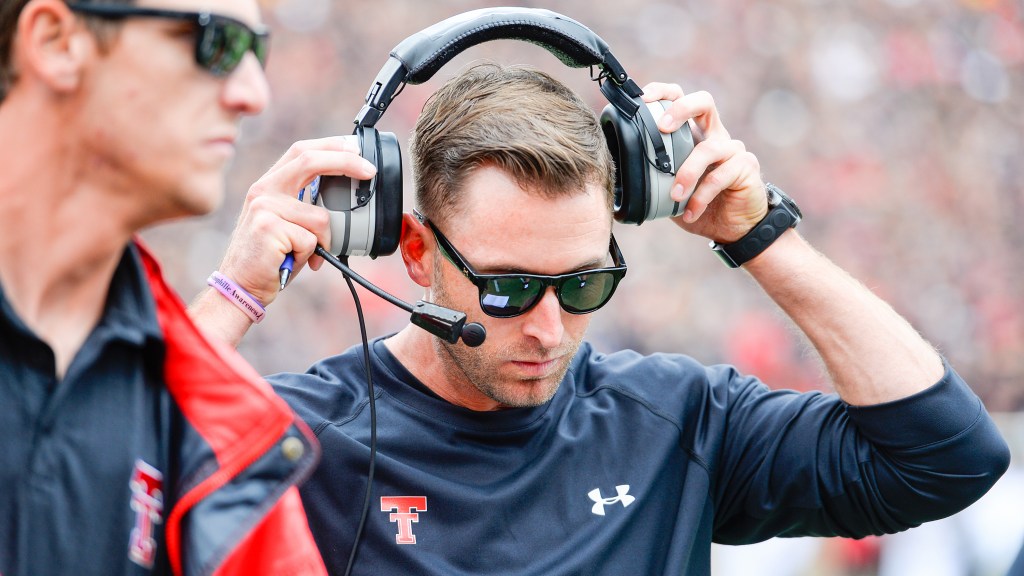 Texas Tech at no. 24 Oklahoma State (7:30 p.m., Thursday, ESPN/WatchESPN). This is a better Thursday-night schedule than any of us deserve. It kicks off with the first center-stage look at the Cowboys since that six-point loss to Florida State in Week 1. It’s also Texas Tech’s first game since whatever happened with their defensive coordinator. Mood music:

No. 11 UCLA at no. 15 Arizona State (10 p.m., Thursday, FOXS1). Will it be Episode 2014: A New ’Heisel at quarterback for the Bruins? Or will Brett Hundley return? And how will UCLA’s mid-pack run defense counter D.J. Foster, who’s already at more than 500 rushing yards in three games (albeit against less-than-stellar competition)? You ever think about how good Max Rebo would look in a Bruins jersey?

Fresno State at New Mexico (8 p.m., Friday, ESPN2/WatchESPN). The Bulldogs’ only win this season came against an FCS team, and New Mexico has beaten only New Mexico State. Instead, may we suggest …

Middle Tennessee State at Old Dominion (8 p.m., Friday, FOXS1). For many of you, this might be your first time seeing Old Dominion on television. Seeing as they knocked off last year’s CUSA champs at Rice last week, now might be a good time to start.

Highlights from a rivalry-happy Week 5 undercard.

Tennessee at no. 12 Georgia (noon, ESPN/WatchESPN). This has always been a weirdly bloodless and featureless series — curious, given the teams’ close geographical proximity and existence in the same division. We blame the fan bases of both teams playing too much golf to develop real killer instincts. 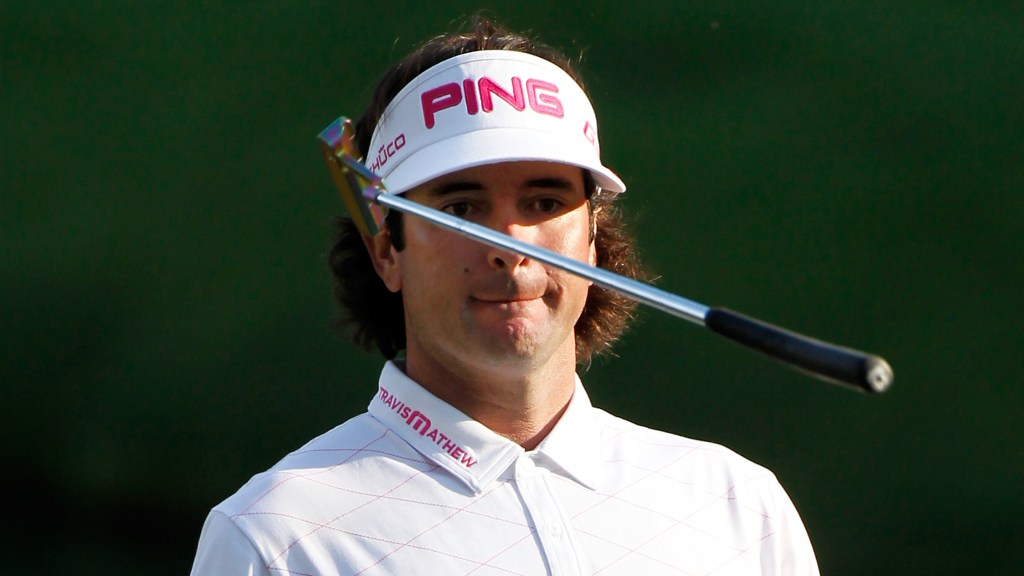 Our helpful suggestion that the winner of the game control water rights at their shared border for the following year remains unanswered by both state governments.

TCU at SMU (noon, CBSSN). The Iron Skillet rivalry may have lost a little luster this year with all of SMU’s flailings, but the history remains rich and our belief in the frog legs story remains unwavering.

Army at Yale (1 p.m., FCS Atlantic/Ivy League Digital Network). The Black Knights and Bulldogs haven’t met since 1996, but are reconvening for the 100th season of the Yale Bowl.

Minnesota at Michigan (3:30 p.m., ABC/ESPN2/WatchESPN). There are as many Big Ten rivalry trophies as there are stars in the heavens. This is one of them. 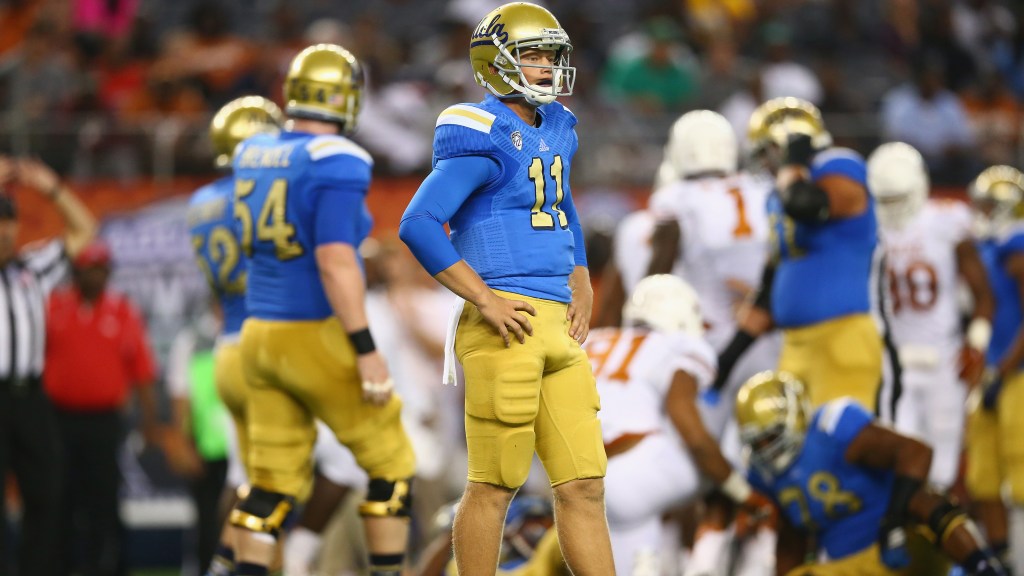 Is it too soon to start gloating over/worrying about the remaining undefeated/winless teams? A little bit, but we don’t feel like letting that stop us. Undefeated teams in action this weekend: UCLA, Arizona State, Penn State, TCU, Florida State, North Carolina State, Texas A&M, Auburn, Notre Dame, Washington, Cincinnati, Duke, Ole Miss, Baylor, Utah, Nebraska, and Oregon State. At least two of those will fall off the list, after the Bruins–Sun Devils and Seminoles-Wolfpack games. Attempting to climb out of the winless well in Week 5: SMU, Kent State, UMass, Miami (OH), Idaho, Troy, and Rice.

How’s that “Marshall Vs. The Easiest-Looking Undefeated Season Ever” Quest going? Another week gone, another convincing win down. The campaign’s in even less danger than usual this week: The Thundering Herd are on a bye week, the better to prepare for an October slate that includes Old Dominion, MTSU, FIU, and Florida Atlantic. Wouldn’t it be funny if one team got past them, and the team that knocked Marshall off were brand-new to the FBS? It would! Make us laugh, Monarchs. Why do we still have to call it the FBS? We do not know.

Where might things get real weird? WHERE TO BEGIN?

With the dregs of the SEC East? This year it’s ascendant Kentucky, and Vanderbilt clinging to a cliff by its soft fingertips. (Noon, SECN/WatchESPN)

Or what about Missouri at no. 13 South Carolina, a little Columbia-on-Columbia action between programs that have each turned in weird, sleepwalking performances in September but could still win the SEC East, because that’s how much of a crab trap the SEC East is? (7 p.m., ESPN/WatchESPN)

Need a nonconference geographical rivalry? Memphis at no. 10 Ole Miss. The Rebels are in the top 10, despite that clarion talk radio call of AIN’T PLAYED NOBODY. They’ve got no. 3 Alabama and no. 6 Texas A&M as their next two games. Will they look past a Tigers team that played then-no.-11 UCLA to within a touchdown? (7:30 p.m., ESPN3)

Finally, never to be counted out when it comes to expecting the unexpected: Washington State, fresh off a heartbreaking home loss to Oregon, traveling to Utah, who bested Michigan and a rising tide of rainwater in the Big House in Week 4. (8 p.m., Pac-12 Network)

Where’s our late game? No midnight Hawaii action this week, but we’ve a couple 10:30 kickoffs out west, including Oregon State at no. 18 USC. The Beavers last won in the Coliseum in 1960, and are without the wildly anticipated big-play threat Victor Bolden. Meanwhile, the Trojans — yes, we checked, and it wasn’t one of those dreams where your teeth fall out and turn into tiny bats and fly away — are, in fact, fresh off a bye that followed this definitely, definitely happening. Might ought to have filed this one under “could get real weird.”

There’s a concept attributed to Aristotle that was a favorite of the great American acting teacher Lee Strasberg. It goes something like, “To move another, you must move yourself.”

Here’s Nick Saban in a real moment of emotional truth. “Yeah, I probably am right.”