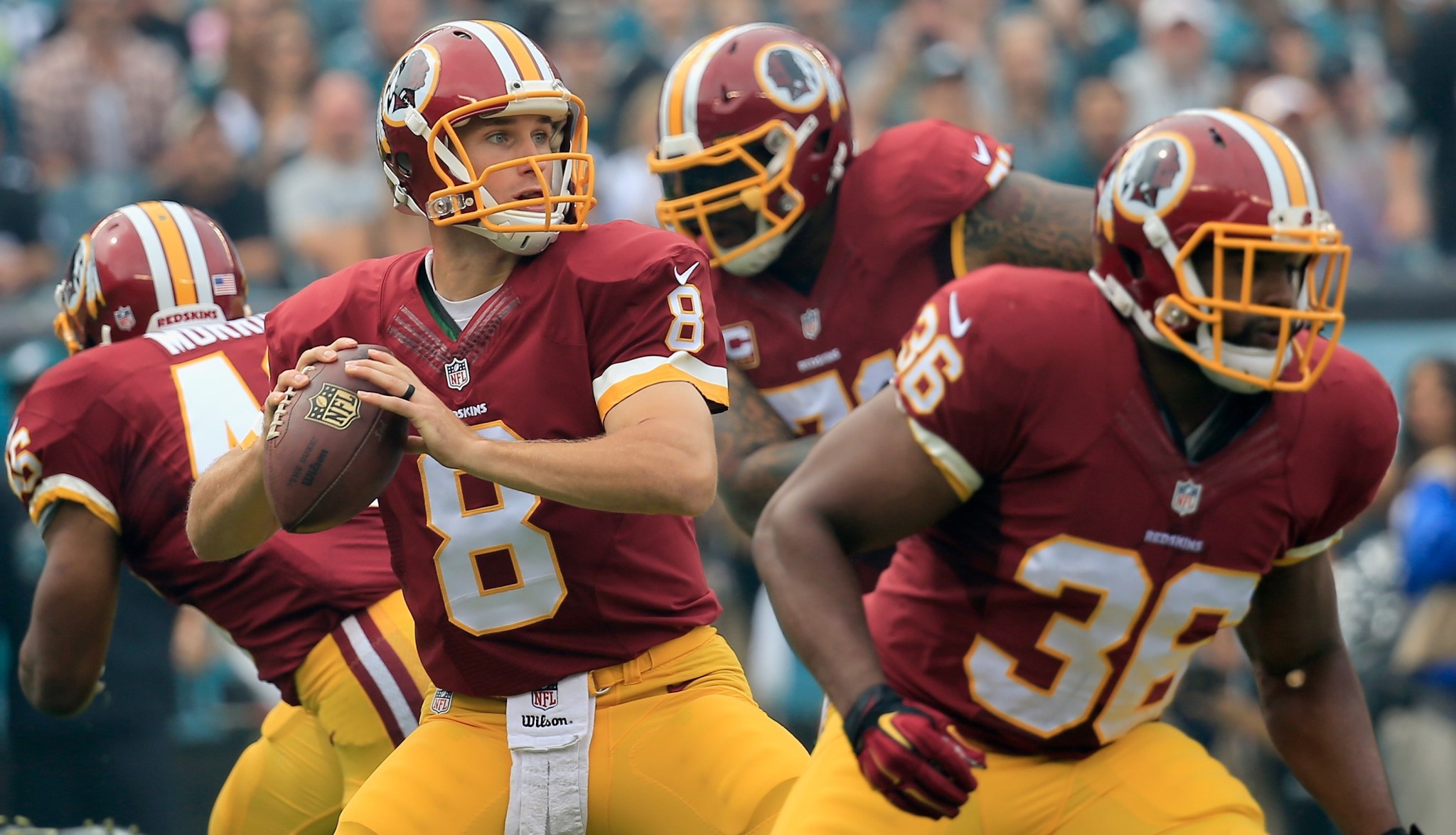 Well, I did it again. Last Thursday, I put on another heinous gridiron wagering exhibition. My total sits at a deplorable -39,250 jermajesties. I’m starting to come to terms with the fact that, when it comes to picking games, I’m about as phony as that three-breasted woman.

I’m actually only a few Whatchamacallit candy bars away from fully resembling a three-breasted woman, but that’s neither here nor there. I need to focus on what’s important. That is tonight’s game, between two subpar teams that never let you make money off of them, no matter how you bet them.

Here’s what jumps out at me tonight:

The Redskins score first against the Giants (-135)

So far this season, the home team on Thursday night has a 118-36 advantage, and each home team has scored first in the opening three weeks. Also, the Redskins have scored first in each of their first three games. I’m playing the trend. I’m not even going to think about it. I know it’s risky, but let’s just close our eyes and do this (incidentally, this is the same advice Eli Manning gives himself each time he drops back to pass). 4,000 jermajesties

These “special game” propositions can be found on sportsbook.ag, alongside my kids’ college fund. They don’t seem like great odds, but why would they be? Last week Kirk Cousins connected with these playmakers 16 times for 255 yards and two touchdowns. Cousins is locked in. This cousin is joining him. 5,000 jermajesties each

Through three weeks, the Redskins have yielded a stellar 2.8 yards per carry. Meanwhile, Jennings is coming off a career day (176 rushing yards) vs. the Texans. Vegas is trying to bait us. Swim away, swiftly, and take the under. 4,000 jermajesties.

Umm … let’s just go ahead and put our entire jermajestic deficit on this one. I know (-250) is a heavy vig, but in today’s National Football League (I sometimes like to call it the NFL for short), you don’t just figure out the quarterback position after a few series. And you certainly don’t do it on the road, in San Diego, against a Bolts team salivating at the chance to nab their first INT of the season. 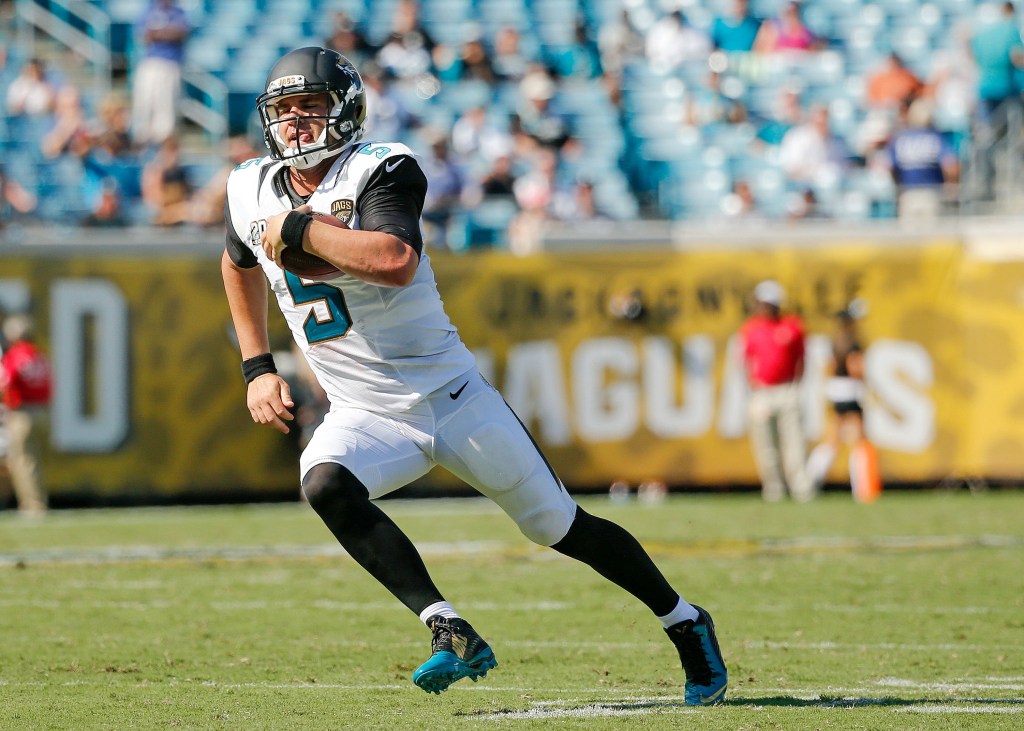 Dwight Freeney and Corey Liuget will keep Bortles busy in the pocket, forcing him to throw astray (like he did twice last week against the Colts), as Eric Weddle and lock-down corner/lead singer for the Killers Brandon Flowers reap the benefits. Now watch Bortles sprain his MCL on the first play, rendering all of this a hilariously moot point. 39,250 jermajesties

That the Bengals wide receiver who threw for a TD last Sunday is on a bye in no way dissuades me from making this fake wager.

Over/under 2.5 weeks before former Braves pitcher John Rocker gets kicked off Survivor by a jury of his multi-ethnic peers

Any chance the 7 train runs him over while he’s sleeping on Redemption Island? I’ll pay extra!

I grew up a Mets fan. Almost all of my friends were insufferable Yankees fans. I have good reason to despise the team. I do, however, have respect for Derek Jeter. That said, paying for the rights to Frank Sinatra’s “My Way” to put in a commercial is a cop-out. That song could make the leaders of ISIS seem sympathetic. Gatorade is taking advantage of a flawed musical clearance system. Much like a team attempting to make the playoffs that happens to spend more in payroll than the bottom three teams combined. Which reminds me: Thanks, Yanks, for staying under 86.5 wins. Now I have some extra jermajesties to lose on the Ryder Cup.

3,500/1 odds Queen Elizabeth hooks up with this Raiders fan who traveled all the way to London to see his team play the Dolphins 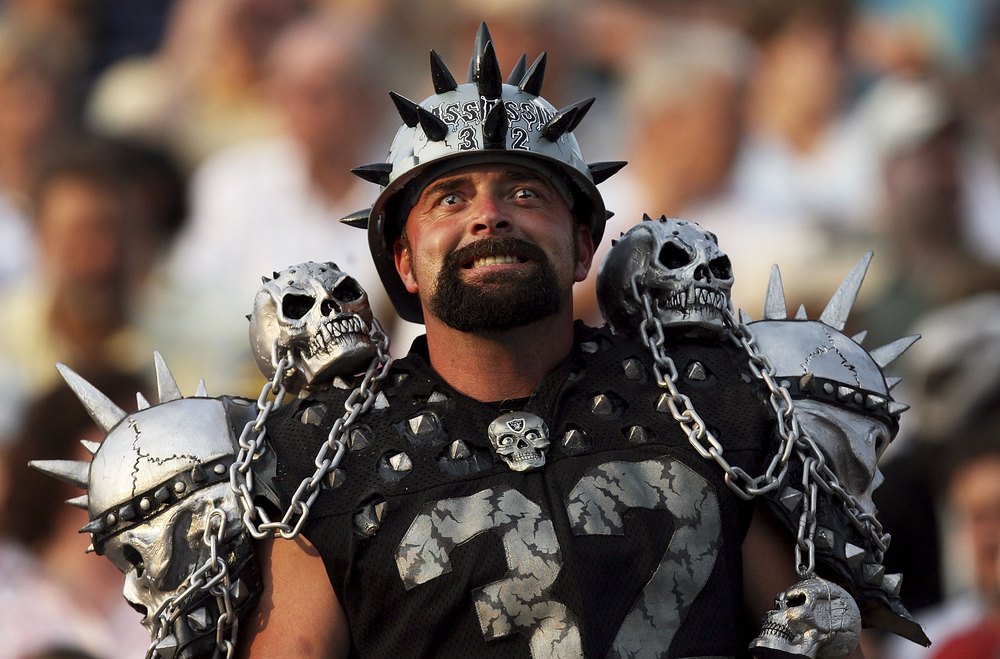 He actually seems to be more Pippa’s type. By the way — we’re not exactly doing a bang-up job promoting the fact that our football is better than their fútbol by sending these less than mediocre teams (one of which I picked to win its division, of course) overseas. “Where’s all this bloody scoring you talk about, mate?”

@TheCousinSal hey, romo's dad. Time to add the cowboys to the list of teams that will NOT be making the post season. Rams- ha! I h8 u

Matt, how does that crow that U 8 taste?

.@TheCousinSal @BillSimmons is it possible the #Bucs are cursed this season due to the hideous new uniforms?

John, it is quite possible the Bucs’ ridiculous wardrobe has a negative effect on their performance. It’s the same (and ONLY) reason the boys from Jersey Shore never won an Emmy.

Over/under 319.5 minutes spent by pedestrians waiting for me to take fake pictures for a hidden-camera bit that aired this week on Jimmy Kimmel Live

To be fair, most of that time was spent trying to figure out why I was so pale compared to the rest of my family.

That’s that. Enjoy Week 4, and don’t forget to watch me on SportsCenter, starting tonight at 10 p.m. PT. I think. I don’t know. They change it every week. Just watch all 689 SportsCenters from now until Monday and I promise you’ll see me.