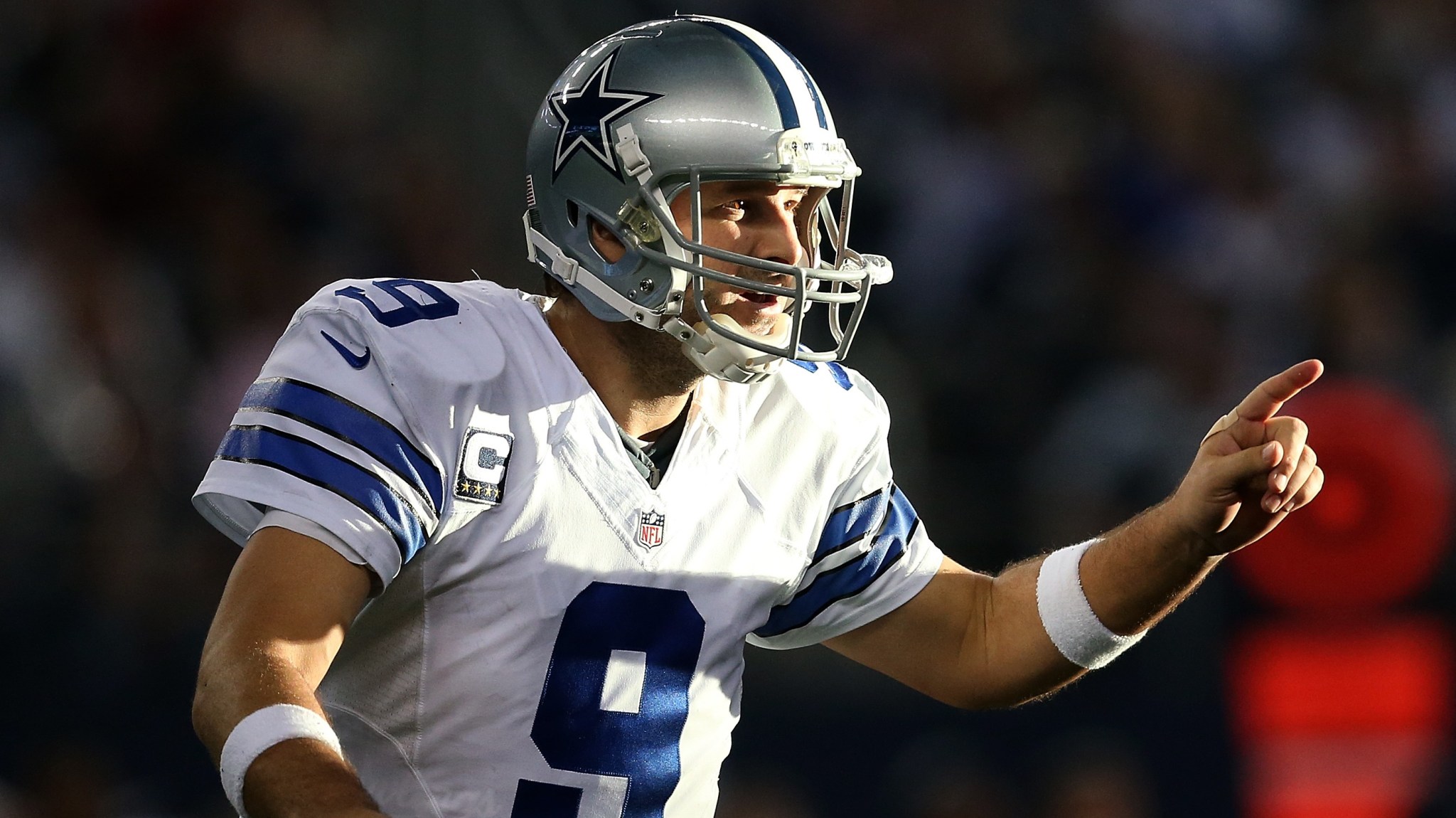 The Patriots OVER 28 points vs. the Ravens

Fact: The divisional round is one in which the New England offense excels at home. Take a look at the last three years:

There … now it’s a proven fact. Granted — and as everyone won’t let us forget — the Pats haven’t had as much good fortune against the Ravens. But with six defensive backs on injured reserve and no answer for Rob Gronkowski, Baltimore is poised to give up points. I promise you this — Bill Belichick will not take his foot off the team DeLorean’s gas pedal. Don’t be surprised if the next time we see him he’s sporting his best Western wear from 1885. 7,000 jermajesties

These double-result bets are the cranberry stuffing of football wagers. I pick them up on my radar only once a year and kick myself for not indulging all season long. In the last four meetings dating back to 2010, Seattle has yielded 14, 12, 7, and 9 (this October in Carolina) points to the Panthers. Look for much of the same against a Seahawks defense that’s playing better than it has anytime during that stretch. 8,000 jermajesties

(Bonus prediction based on last week’s Arizona pass rush: Cam Newton comes out of the game before the end of the third quarter.)

Dez Bryant WILL score a touchdown (-130) vs. the Packers

That -130 is a bargain considering Dez has hit pay dirt in 11 of 17 games this season. He took last week off, but with Cole Beasley, Terrance Williams, and Jason Witten figuring into the offensive game plan so much more lately, the leading TD receiver in the league is not likely to see the Packers double-team much. Starting cornerbacks Tramon Williams and Sam Shields will have their hands full, and so will I … with jermajesties. 4,000 to be exact.

Little-known secret that I can’t believe I’m offering up for free to my 37 readers: The last time anyone other than these three players scored the Broncos’ first offensive touchdown in a game was nine weeks ago — November 2 vs. the Patriots. Denver gets on the board with seven points early. Lock it up! 3,000 jermajesties each

Over/under 13.5 hours I spent this week arguing with Twitter followers about the picked-up flag in the Cowboys-Lions game

I am absolutely done dealing with Lions fans/Cowboys haters who continue to argue that a retracted pass interference call cost Detroit the game, even though the Lions still had eight minutes and three possessions remaining in which to score. I’ve been through it a million times and I have nothing left to say — nothing that this well-put-together video illustrating the bad calls made in the Lions’ favor in that same game can’t say for me.

Oh … and this article reporting that the league admitted to missing seven calls on the Lions.

Terrible news for Jerry’s plastic surgeon. We may see Jones engaged in a permanent three-way hug with son Stephen and adopted son Chris Christie for the sole purpose of keeping their bodies warm in the freezing cold this Sunday.

Over/under 63.5 broken bats that I will personally hurl at Roger Clemens if in 2016 Mike Piazza, the greatest offensive catcher of all time, doesn’t get elected into the Hall of Fame

Getting closer. Twenty-eight votes shy this year — but 29 votes more than last year. Being an Italian American superstar myself, I can sympathize with Piazza being kept down by The Man. If for some reason Iron Mike’s .308 lifetime batting average, 427 HRs, and 12 All-Star appearances don’t sway the voters next year, I will be forced to use the race card. Or at least his baseball card — which lists many of the above stats and more gold — with no credible proof of PED use.

Over/under 1.5 words the last man I shouted compliments at actually understood in this comedy bit, which aired on Jimmy Kimmel Live Monday night

He maybe doesn’t listen so well, but I stand by the fact that he looks great. How ironic is it going to be that after hundreds of harassing hidden-camera segments that I will inevitably meet my demise handing out compliments?

Fact: @TheCousinSal has not picked correctly ATS in 2015

That is true, @mrkevineagan. I looked it up. Stick with me — I promise I’ll get at least one of the second-round March Madness games right.

Don’t you dare do it! While it may be true that an upset will likely occur this week, recent history shows it’s almost definitely for certain that one of the home teams will rout a wild-card-round winner. Take a look at how the second round shook out four of the last five years.

That’s six blowouts by the home team in the second round this decade. You’re wagering against Manning, Brady, Rodgers, and the 12th Man all on the same bet. You, @grantgeorges1, are a sick individual.

@TheCousinSal Ryan Lindley. Ryan. Lindley. WHAT WERE YOU THINKING?!?!?!

I clearly wasn’t. The Cardinals third-string QB played horrifically enough to kill my unprecedented SportsCenter streak of 18 straight games without a loss. I swear to the gambling gods, if Ryan Lindley is playing football next season (of any kind … including Madden 15) I will eat a professional stadium goalpost.

Actually — you can thank me enough by handing over a couple of those stacks of 20-dollar bills to the seediest dude in Lowell, Massachusetts, to find Ryan Lindley’s car and fill the gas tank with a mixture of Clorox bleach and my torn-up parlay tickets.

Watch tonight on SportsCenter at 11 PT (tomorrow early morning on the East Coast) to see my guaranteed-lock pigskin prognostications of the second round.

Also, if you’re heading to Arlington for the big game on Monday, show up with a weird sign and the hashtag #LOTPB in the corner and my Cousin Jimmy may deem you the Lord of the Poster Board. Pretty big deal unless your mantel is already crammed with Golden Sharpie trophies — in which case I apologize for wasting your time.

Special thanks to the deep man on the Colts (whose name I can’t remember right now) who had the presence of mind to bat down the last-second Andy Dalton Hail Mary rather than catch it, saving me from an even worse wild-card weekend. I owe that guy — whoever he is.

NBA Shootaround: Detroit vs. Everybody