Mr. Special Teams: How New England’s Matthew Slater Made a Career of Covering Kickoffs and Punts 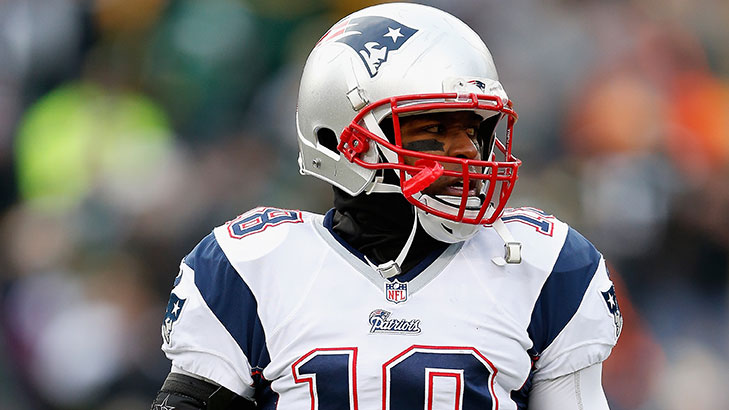 The first time the Patriots sent him out on punt coverage, Matthew Slater made it “maybe five yards.” He thought he could just run past the two blockers, but as Slater tried to dance around to either side, he got nowhere. That speed — he ran a 4.4-second 40-yard dash ahead of the 2008 draft — didn’t cut it anymore.

Seven years later, Slater is on his way to his second Super Bowl and is widely regarded as one of the NFL’s best — if not the best — special teams players. He was voted into his fourth consecutive Pro Bowl this year, two away from former Buffalo Bills gunner Steve Tasker’s record of six straight, has made three of the last four All-Pro teams,1 and has been a team captain since 2011.

Not bad for a “wide receiver” with one catch for 46 yards over an entire career. 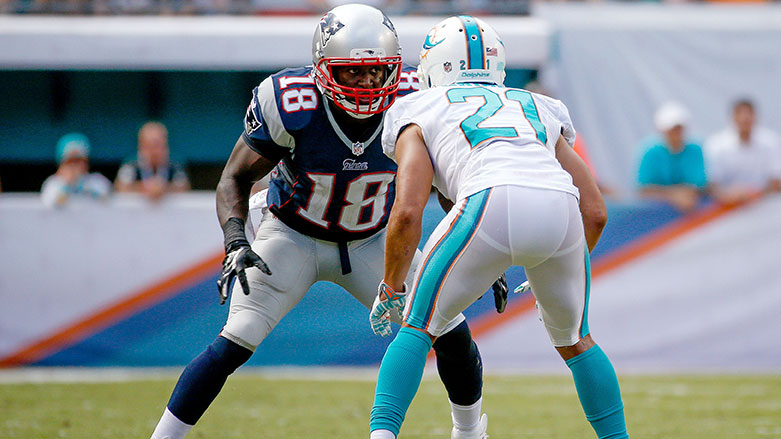 Slater comes from a football household, but he didn’t start playing until he was a teenager. His father, Jackie, is a Hall of Fame tackle who played 20 seasons for the Rams, but the elder Slater took caution in introducing his children to the game. Matthew and his brother, David, weren’t allowed to play organized football until high school because of their father’s fear of injury or burnout. But by withholding the game, Matthew says, his dad only fueled his desire to finally get out there.

“I was so anxious and couldn’t wait to play after all those years of waiting,” Slater says. “Ever since I started playing, I [have been] in love with the game of football.”

He didn’t make Servite High School’s varsity squad until his junior year, but Slater eventually turned into a three-star recruit and committed to nearby UCLA, where he redshirted as a freshman. Over the next four years, he never quite made his mark as the wide receiver or safety he was recruited to be, but come senior year he was setting school records as a kick returner and earning first-team All-Pac-10 honors. Still, an all-conference nod and a handful of kicks returned for touchdowns is far from a guarantee of an NFL career.

Slater ran well at the combine, but his speed was his only clear draftable attribute. A wide receiver in no more than name in college, there was little reason to expect he’d suddenly become one at the next level. And at an inch shy of six feet and a slight 195 pounds, he didn’t have the kind of frame scouts could project some robust, filled-out future onto, either. What reason did anyone have to take this kid?

Slater was at his parents’ house in southern California when the call came. It was the fifth round — much earlier than he had been projected or even personally expected to go — and Bill Belichick was on the line along with Patriots owner Robert Kraft. They had just exchanged a fifth- and seventh-round pick with the Tampa Buccaneers to select Slater with the 153rd pick.

“[Belichick] told me, ‘You’re going to help us in the kicking game and we will find you a position,’” Slater says.

Now, he’s the next Larry Izzo: the guy whose name you see on the Pro Bowl roster every year when you get to the end. You might not notice him once throughout the course of a season because he’s only on the field for a fraction of the time, But yeah, Matthew Slater. I remember his name from last year. He must be pretty good.

And he is. At least, you don’t get a $2 million signing bonus from Belichick unless you’re doing something right. Slater never developed into the kick or punt returner he was in college — most infamously fumbling a kickoff against the Steelers a few years back — but he’s among the leaders in special teams tackles every year. Pro Football Focus rated Slater as one of the two best gunners in football this year. From a production standpoint, that’s where he makes the biggest per-play difference.

Although it’s his speed that allows Slater to get downfield and wreak havoc on opposing punt returners, he’s had to develop the skills that allow him to get to the point where he can finally kick things into another gear. Initially, a gunner’s job is much like a wide receiver’s: get off the line. Except there’s often two blockers in the way instead of one defensive back. All the years Slater spent playing wideout seem to have helped, as he’s preternaturally quick off the snap and good with his hands, able to either exploit or create creases in the opposing setup that let him open his stride and take off toward the returner. You can also see his brief safety experience2 shine through in how he assesses and navigates the 180 degrees of field in front him.

Still, being a special-teams specialist seems a precarious way to carve out a spot in the NFL. It’s often looked at as a way to make a team — watch any season of Hard Knocks and you’ll hear coaches telling lower-round picks or undrafted free agents that they need to contribute on special teams if they want a roster spot  — but not as a way to make a career. With kickoffs and punts occupying such a small portion of gameplay, it’s tough for players to create any kind of obvious, consistent, long-term value. But as Slater has risen to widespread end-of-the-season acclaim over the past four years, New England has also been the only team in the top five of special teams DVOA every season during that span.

“Putting the team first and myself second has allowed me to stick around here,” Slater says.

When you consider all the issues New England’s had filling out its wide receiver corps over the past five or so years, its investment in Slater — who’s listed as a wide receiver but was targeted with a grand total of zero passes this season — takes on a more improbable hue. At the same time, though, wouldn’t Belichick and the Patriots be the ones to prize the consistency that comes with a hardworking special teams dynamo who says things like this?

“I really think this was the absolute perfect place for me to end up with the way my college career went,” Slater says. “The motto around here is: the more you can do. And with that it gave me a chance to develop my skills in the kicking game, but also to find somewhat of a positional home.”

When Slater signed his contract extension in November, Belichick offered up the classic coaching platitude: “I’d love to have 53 guys like him.”

Come Sunday, Slater will be on the field for somewhere around 20 plays. But watch out for him whenever New England readies for its first punt. He’ll be lined up on the left side, waiting to get after Seattle’s Bryan Walters. Smart money says Slater makes it more than five yards.

Kevin Koczwara (@kkoczwara) is a freelance journalist whose work has appeared on SBNation, the Boston Globe, and Howler.

The Winter of Bob Stoops’s Discontent