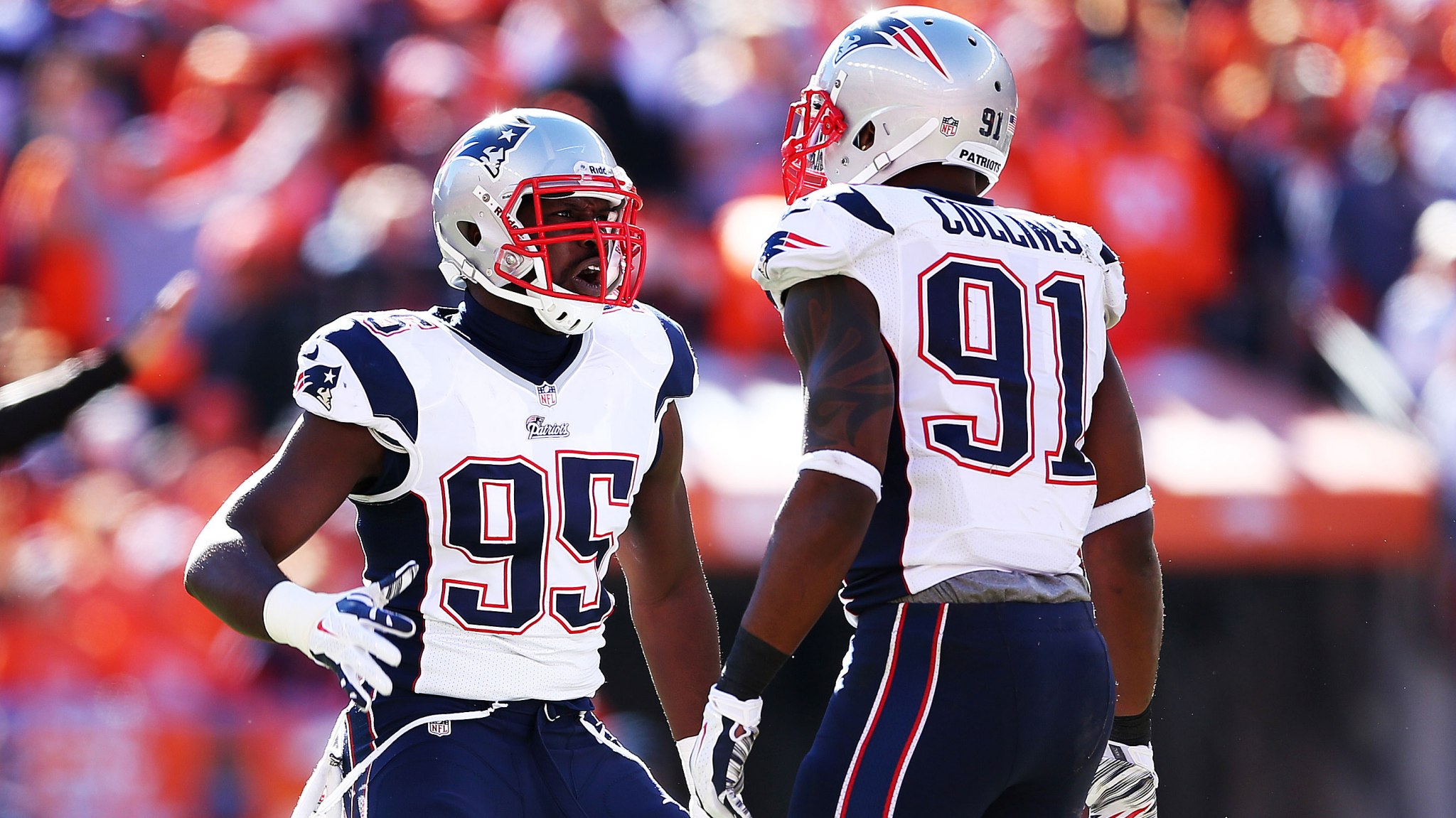 The Patriots secondary got a majority of the attention this offseason in New England, and rightfully so. Landing a player like Darrelle Revis — and then bringing in a second corner of Brandon Browner’s stature —  can transform a defense. And for a team that has often struggled against the pass over the past few years, signing one of the best cornerbacks the league has ever seen was a no-brainer.

What’s given the Patriots a chance to chase free agents like Revis, though, is a defensive foundation of homegrown players similar to the groups that led New England to multiple Super Bowls. Hitting on recent draft picks has given them relatively cheap production from a young core. Nowhere is this more obvious than with the linebacking corps that includes Chandler Jones, Dont’a Hightower, and Jamie Collins. All drafted in the last three years, they form a trio of 25-and-under linebackers whose skill sets fit together seamlessly. And by finding players who can do a little bit of everything, New England has been able to play a more versatile brand of defense than it has in some time.

What Jones gives the Patriots defense is fairly simple.1 He’s a capable run defender — especially for a player on the slimmer side — but he’s pretty much the only pass-rusher New England has. Over the first seven weeks, the Patriots got pressure on 26 percent of dropbacks — the 13th-best rate in the league. But then Jones picked up an injury against the Jets and missed the next six games. Without him, the pressure rate fell to 23.4 percent — a measly 23rd in the league. New England’s sack rate took an even bigger hit, falling from 11th with Jones in the lineup to 25th without him.

When Jones returned in Week 15, his impact was obvious. He had 1.5 sacks in the game against Miami, including this beauty in the fourth quarter. Those insanely long arms have always been Jones’s main advantage on the edge, and the separation he creates here against Ja’Wuan James shows why he’s their best option as a one-on-one rusher.

Four picks after the Patriots took Jones out of Syracuse in 2012, New England drafted Dont’a Hightower, fresh off a national championship at Alabama. Three seasons in, it looks like a monster of a draft for Belichick. Hightower can do a bit of everything — there just isn’t an area of his game where he has much trouble — which makes him perfect for the Patriots defense. He’s reliable when asked to play zone against the pass, and he’s also New England’s best weapon against the run.

Hightower moves better in space than scouts gave him credit for when he came into the league, but it’s his ability to operate in traffic that sets him apart as a run defender. He has a way of sifting through linemen and finding his way back to the ballcarrier. You often hear “patience” as a trait ascribed to running backs, but in the same way that a back can short-circuit a run by not waiting for it to develop, a linebacker can squander a play by jumping into the fray too early. Hightower has a unique ability to immediately diagnose a situation and then let it come to him; it’s what allows him to be such a force in the middle of a defense.

Not too long ago, the second round was a wasteland for Bill Belichick and the Pats. It seemed like any defensive player New England had taken from picks 33 to 64 was destined for oblivion: Jermaine Cunningham, Ras-I Dowling, Tavon Wilson, Darius Butler, Ron Brace, the first edition of Patrick Chung. New England took Collins with the 52nd pick in 2013, and he has broken that trend.

In order to see the player Collins would become, the Patriots needed a little imagination. In his final season at Southern Mississsippi, Collins spent nearly all of his time as an outside linebacker — an edge player, chasing after quarterbacks and tracking down running plays from the back side. Now, he plays as an inside linebacker and his usefulness for New England comes from how many things he can do well.

The Patriots have still given him plenty of chances to get after the quarterback. His history as an edge rusher taught him how to use his hands in a way that other inside players never learn. Pressure from A-gap blitzes often comes from confusion that leaves a linebacker unblocked. That’s not what happens here. The Chargers have this play figured out, and it doesn’t matter. Getting Collins matched up against rookie Chris Watt is a win for New England, and with one shuck, he’s into the backfield and dragging Philip Rivers to the ground.

Collins finished the year with only four sacks, but he blew away everyone at his position as a pass-rusher. According to Pro Football Focus, Collins got 26 pressures on just 81 pass-rush snaps during the regular season. That’s comfortably the best rate among inside linebackers leaguewide. And on a team without much pure pass-rushing talent outside of Chandler Jones, it’s vital to how New England has built its defense.

What helps to make Collins such a scary pass-rusher is also what allows him to make splash plays against the run. Even as an edge player in college, it was clear how his closing burst could make him dangerous. Here’s a play from Southern Mississippi’s opening-week loss to Nebraska in 2012. It’s barely human how fast Collins gets from the line of scrimmage to five yards deep in the backfield.

Now fast-forward two years. This play against the Colts from earlier this season is similar; it just happens on a different part of the field. When Collins gets an open patch of grass between himself and a ballcarrier, it’s not going to be open for very long. Physically, Collins still fits the profile of an outside linebacker more than an inside one. He’s leaner than players like Hightower or Jerod Mayo, which means his success against the run is dependent on filling alleys that slower players can’t.

The biggest transition from the player Collins was in college to the one he is now is the coverage load the Patriots heap on him. There were times at Southern Miss when he was asked to drop into coverage, but even those plays saw him taking mostly short drops into the flat. These days, he’s asked to do a little bit of everything, including running down the sideline with whoever’s coming out of the backfield.

New England’s recent run of success has come behind a roster filled with individual players who have the ability to adapt. On both offense and defense, the Patriots have been willing and able to alter their approach whenever they need to, and in the newest, current version of their defense, they’ve been able to do it because of players like Collins.

A Knicks-Bucks Explainer for Our English Friends