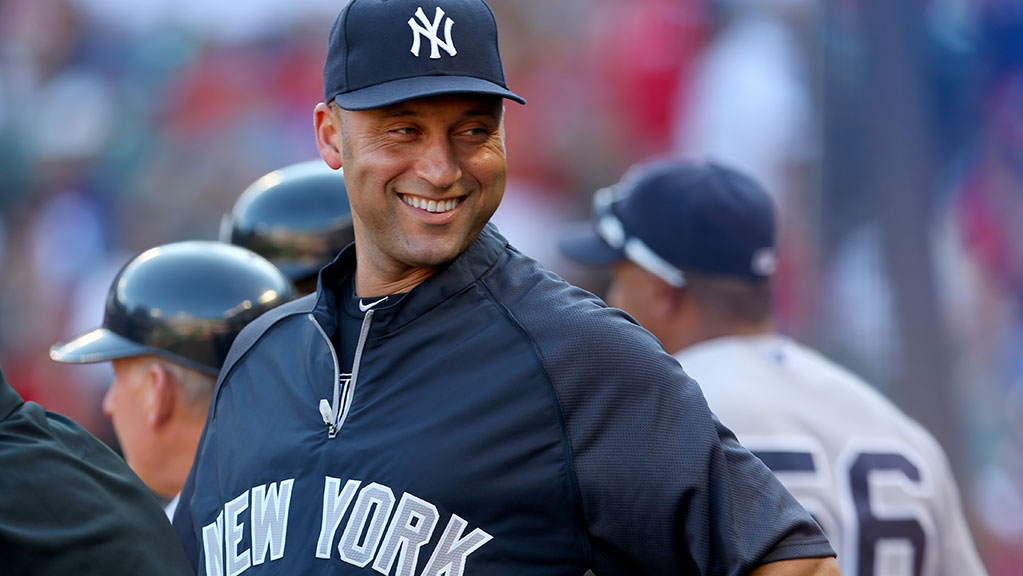 Yankees shortstop Derek Jeter just announced via Facebook that 2014 is his last season. I wonder what his latest diary entry will say.

Hey, you, NBA fan. This is the most important basketball-related news you’ll read all day, so pay attention. Guess what? We just got another chance at greatness — two chances, actually. According to Michael Jordan’s spokeswoman, Jordan’s wife, Yvette, gave birth to identical twin daughters Sunday. So step aside, Maya Moore. Step aside, Tamika Catchings. Make way for Victoria and Ysabel Jordan.

In NFL news, the Broncos extended John Elway’s deal for three years and tacked on “general manager” to his title. Elway’s original contract was set to end in 2014, and the new deal extends his tenure with the team through the 2017 season. Denver has gone 8-8, 13-3, and 13-3 in Elway’s three seasons with the team, winning three divisional titles and making a Super Bowl appearance.

You’ve likely heard about all the stray dogs roaming around near Sochi. In an effort to save them, Russian volunteers have been smuggling the animals out of the city and into temporary foster homes and shelters, while others have been bringing dog food and medicine into the Olympic city.

With temperatures rising higher and higher in Sochi, people have come around to joking that this is basically the Summer Olympics. But don’t worry, the hosts anticipated this being an issue and saved up snow just for this. Meet Mikko Martikainen, the snow specialist:

Bob Costas took Tuesday off from his Olympics-hosting duties to rest that eye of his. Probably a good idea, seeing as how this image is permanently seared into my mind and haunts me in my sleep:

Elsewhere, be sure to check out Grantland’s coverage of the Olympics: Louisa Thomas on women’s ski jumping and Sarah Larimer on the Russian hockey team. And don’t forget to follow our very own on-the-ground writer there, Katie Baker. This is her latest dispatch from Sochi.

There are 13 NBA games tonight, so there’s a high chance you can catch your favorite team or your second-favorite team on the courts. Recommended games: Mavericks-Pacers at 7 p.m., Nuggets-Timberwolves at 8 p.m., Heat-Warriors at 10:30, and Trail Blazers–Clippers at 10:30. If you insist on hate-watching basketball, you can tune in to Pelicans-Bucks at 8 p.m. or 76ers-Jazz at 9 p.m. Here’s the full listing of the games.

It’s college basketball rivalry week, which means you get to watch some incredibly compelling games. The one game you should catch tonight is Duke–North Carolina, if only because it’s the greatest rivalry in college sports (you can debate me on this, but I promise you I’ll win). The Tar Heels aren’t great this year, especially compared with the likes of Jabari Parker & Co., but within this rivalry, anything could happen, especially in the Dean Dome.

Both UNC & Duke have cancelled classes. But tonight's basketball game? GAME ON! #BeatDuke

What to Do About NBA Rushmore?