What to Do About NBA Rushmore? 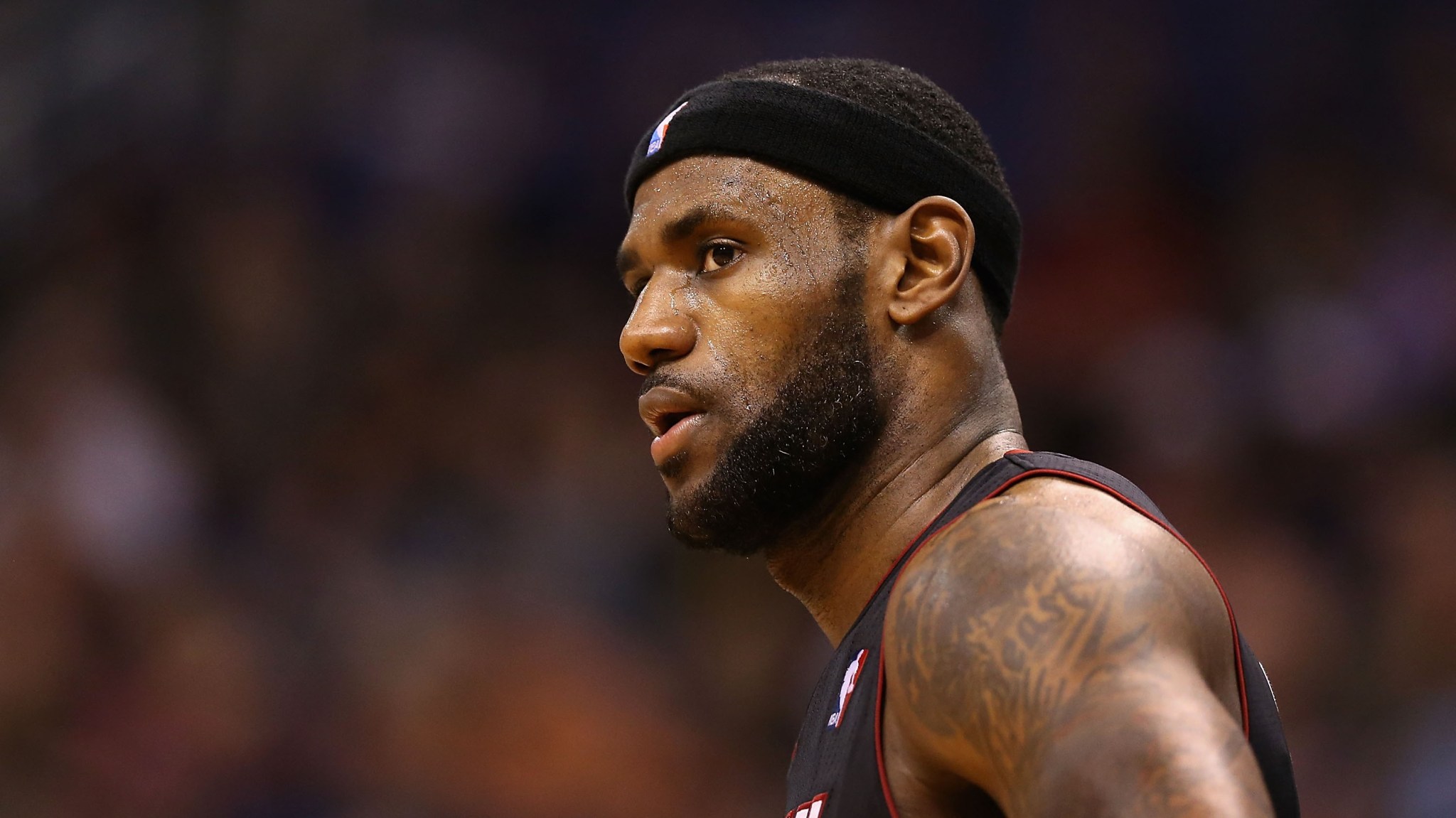 LeBron James gave an hour-long interview to NBA TV this week, and somewhere during the sitdown with Steve Smith, he was asked which players would be on his NBA Mount Rushmore. NBA TV teased LeBron’s answer here. He named Jordan, Bird, and Magic, but then things got tricky.

“And I would say my fourth … Wow. This is so tough. The greatest players of all time, that I’d like to see on Mount Rushmore … This is not fair. It’s not fair. You know how many great players it is? Oh my God, uhh … Oscar Robertson.”

Will LeBron be on this fictional mountain one day?

“I’m gonna be one of the top four to ever play this game,” he said. “For sure. We gotta bump somebody. Somebody got to get bumped.”

Who would he bump?

And that’s where it ended. This isn’t a new question, and I’m pretty sure Simmons has handled it in the past, but it’s the middle of February, so let’s talk about this. There are a few different ways we could make NBA Rushmore work.

If anyone wants to seriously argue who should be on Rushmore, LeBron’s list is the best possible answer. You might think Bill Russell has to be on there, but Russell’s been slighted his entire career. The perception that he’s underappreciated is part of what’s always made people defend his legacy so aggressively. This would just add fuel to the fire for all the people who like to think he’s secretly the best player ever. (Really, given the number of big men with a case here — Russell, Wilt, Shaq, Kareem, Hakeem — we should probably just come up with an entirely separate Big Man Mountain to memorialize everyone.)

Jerry West probably has a case, too, although he got the logo, so maybe that’s a perfect excuse to screw him out of a place on Rushmore.

Then Jordan, Bird, and Magic. These are obvious choices who will probably loom over the NBA forever. Of course they’re on the mountain. And Oscar Robertson deserves the last spot because of everything he did on the court AND everything he did for players to help force free agency and advance players’ rights. For all we talk about Russell’s overlooked legacy, Oscar Robertson’s a guy who is actually overlooked. Putting him on this fictional mountain would be a good start toward fixing that.

And that would be it. It doesn’t matter whether guys from the recent generation (Kobe, LeBron, Arenas, Durant) end up being more important. This is a historical monument. The four guys on that mountain laid the foundation for everyone else. 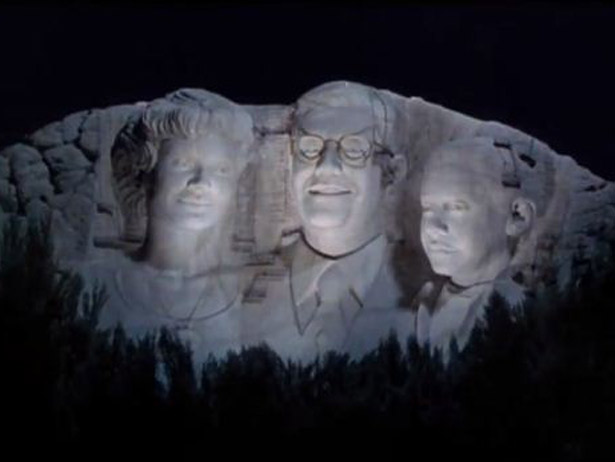 Taking a page from one of the most ballerific tycoons of all time, Richard Rich Sr., David Stern builds himself a retirement home in the side of a mountain, with Adam Silver’s face on his right and Russ Granik’s face on his left. We already know Stern’s spending the rest of his life ensconced in a lair somewhere. Why not make it a part of NBA history?

After this season’s over, Mikhail Prokhorov buys a mountain and chisels in the faces of Billy King, Jason Kidd, Andray Blatche, and Deron Williams. Especially Deron Williams.

Mount Suckmore will shame them all for eternity. 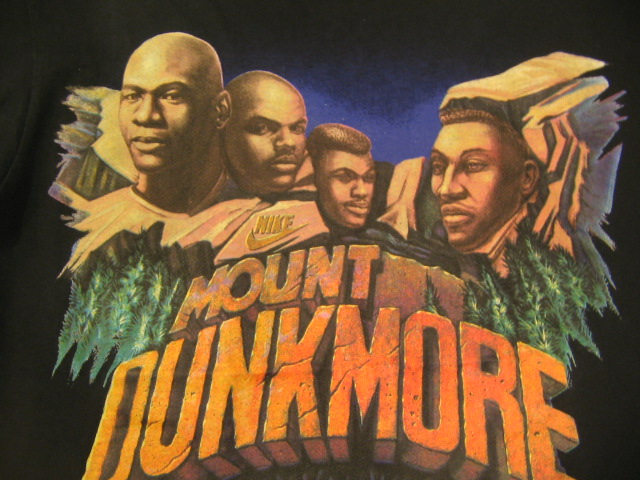 If this manufactured news story in the middle of February does nothing else, maybe it can convince Nike to rerelease one of the greatest basketball T-shirts of all time. “People are going to think we’re crazy for talking like that,” Stephon Marbury says of this idea. “But if you believe it, you can achieve it.”

Instead of making this a monument to history, what if the NBA built a giant monument outside the Hall of Fame that had the four biggest names in basketball chiseled into it every year? And then it could be updated at All-Star Weekend each season. Right now, it would probably have LeBron, KD, CP3, and either Paul George or Blake Griffin. Some years there would be no updates, and others, getting removed from Rushmore would signal the poignant, emotional end of a player’s reign (like Kobe this year). The only certainty is that if this idea were real, we’d have torn down the Dwight Howard section of Rushmore at last year’s All-Star Weekend in one of the most triumphant destructions of property since the end of the Cold War.

Option #6: You know what? Fuck all this. Let’s just carve Russell Westbrook’s face into a giant mountain somewhere. 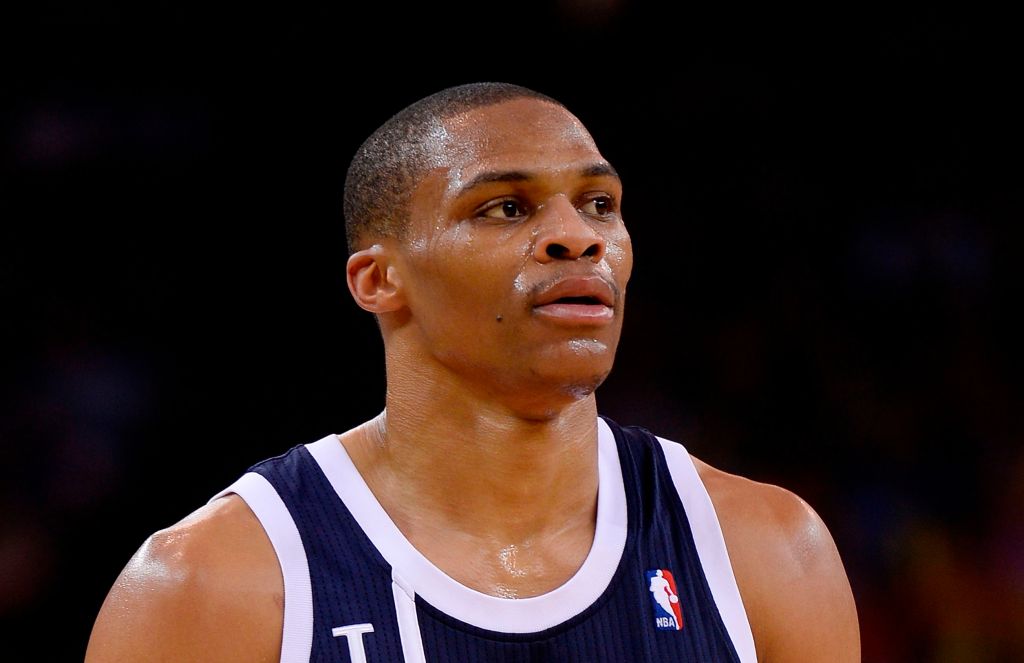