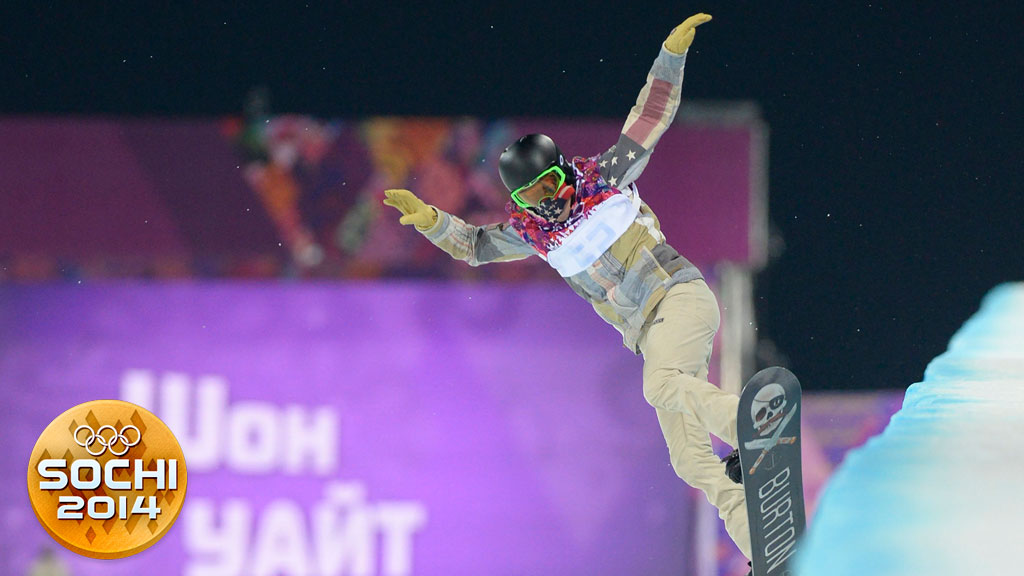 Everywhere Iouri Podladtchikov went last night, a crowd trailed him like debris from a comet. Olympic volunteers, in their official rainbow parkas, broke character (and probably the rules) and turned into swarming, starstruck fans. A spectator aspirationally draped herself over a barricade as if she were in the front row of a concert and begged a handler to get her an autograph from the halfpipe gold-medal winner. “I’m sorry, but you don’t even have a pen!” the handler responded. She slunk away, disappointment clouding her face.

The country affiliation atop the leaderboard read SUI for Switzerland, which is where Podladtchikov’s family relocated to from Moscow when he was just 3. But that name, that blood — he was still Russian, as far as the fans were concerned. And, after an ambitious routine that included a move called the YOLO flip, he was no. 1 — and they were, too.

“We’re in Russia here,” he said afterward, his hair flopping around and his body in a constant state of celebratory fidget. “I wanted this. I worked for this.” For days, the halfpipe had become a subject of discontent: Riders complained not just about the snow conditions but about the design itself. (Many wished that Snow Park Technologies, the company that engineers the X Games, had gotten the Olympic contract.) There were questions as to whether the preliminary rounds would even be held on time. Podladtchikov recalled his own reaction: “No one was swearing as much as I was two days ago,” he said, “like, ‘Fire the guy, fire the guy, get someone new.’ You know?” 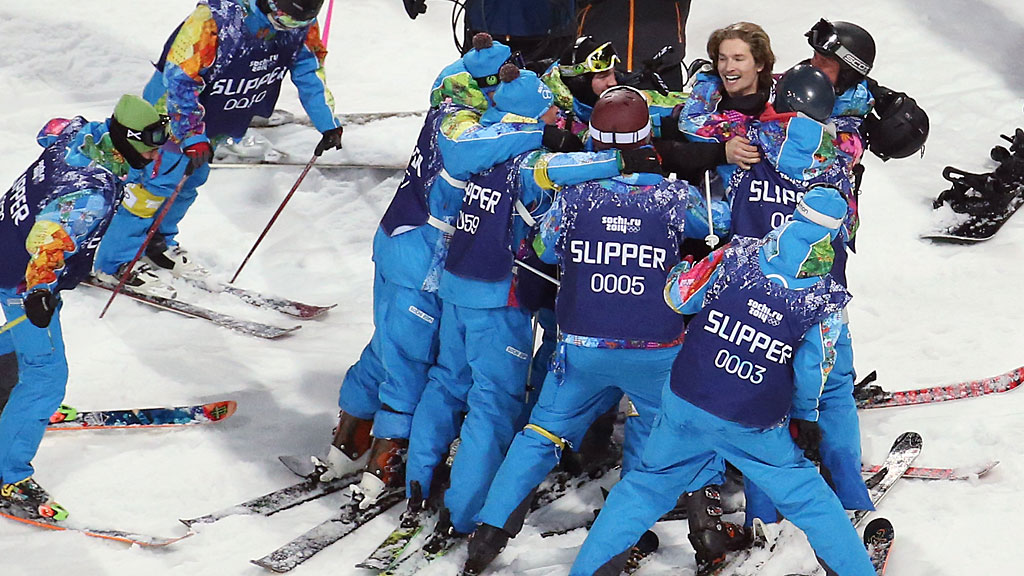 But as he stood at the top of the massive construction on the day of the final, he let it all go. “I could feel people grinding their teeth,” he said. “I could feel it up there. And the cheers — they really woke me up. The cheers were so loud I could hear single people yell my name when I was dropping in. It was amazing. They were playing my music, by the way, and for once the DJ was really on point.”

Podladtchikov has some minor celebrity of his own in Switzerland; a few years ago, he made headlines when he got out of a car and paid for gas in the buff during a naked joyride with his friends. (His Google-translated explanation in that article is superb: “I’ve got an Audi Q5. With a huge panoramic roof. Then I opened and looked up and out, like in the movie. Then I took off my sweater. The others in the car who participated, and I wanted to outdo them.” Sounds fair to me!) He’d won X Games silver medals in 2010 and 2012, and took first place last year in the world championship in Quebec. He even has a marketable nickname that’s easy to work with and on-brand: iPod.

But he’s not Shaun White; nobody is Shaun White, the guy whom everyone had expected to win his third straight halfpipe gold. White had even pulled out of the slopestyle competition at the last minute to focus on halfpipe. In his first run of the final, though, he wavered on one landing and then took a hard, wincing crash on the lip of the pipe on another that flexed his board nearly in half and must have left an epic bruise on the back of his thigh. And in his second go — he rode last, creating an unbelievably tense atmosphere — he wobbled again. Some observers felt even his fourth-place score was too kind. He later said it had just been one of those nights, and that he’d be winding down from the Olympics for awhile by touring with his band, Bad Things.

Was this a changing of the guard? Podladtchikov, a huge fan of White’s, said he had always wondered what it would be like to see his hero falter, and he admitted that he didn’t like it one bit. (“Other riders, I’m like ‘damn it, damn it’ when they’re riding,” he said. “With Shaun, I want to see him do his stuff.”) Like White, Podladtchikov prides himself on pushing the envelope, on advancing not only by making existing tricks bigger and cleaner, but by conjuring up new tricks altogether. As with Sage Kotsenburg in the slopestyle, his ballsy creativity was rewarded Tuesday night.

It was also impossible to ignore the fun fact that the silver medalist was a kid from Japan who turned 15 less than three months ago. (The bronze went to another Japanese rider, 18-year-old Taku Hiraoka, and the embraces by the Team Japan coaching staff were for the ages.) Ayumu Hirano, diminutive and utterly fearless, wowed the crowd with his routine, attempting and landing one more trick than Podladtchikov. Afterward, White shook his head and exhaled when asked about the sport’s newest prodigy. “He’s only FIFTEEN!” he emphasized, then recalled that at that age, he had missed qualifying for the 2002 Salt Lake Olympics by only three-tenths of a point. That year, the U.S. swept the podium, and it had earned at least two medals in the event at each Olympics since. This time, the Americans were shut out completely.

“I think it’s great the American public and the world now know there are other snowboarders besides Shaun White,” said Danny Davis, who fell in both of his runs. “Don’t get me wrong — [White is] one of the most talented, one of the best riders there are, but there are guys who are just as good, if not better. And today, Iouri was the best rider.”

It’s hard to feel too sorry for White, who will always be an Olympic titan and a legend in the sport, even if he missed his chance to snag another piece of history. Far easier to sympathize with on Tuesday was the disappointing finish of Kikkan Randall, who many thought had a chance to become the first female U.S. medalist in a cross-country event and only the second American medalist of all time. 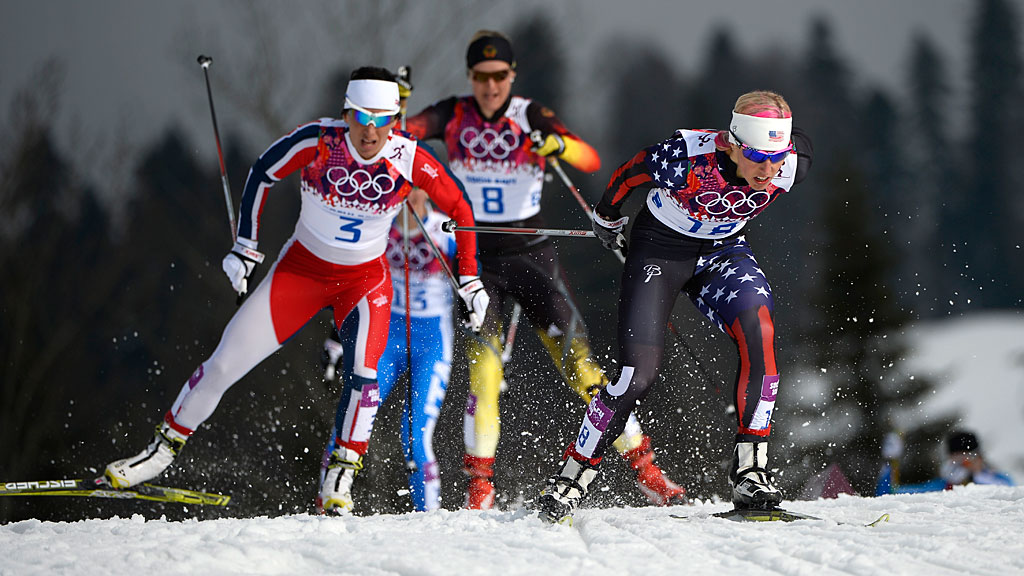 Traveling to the cross-country venue, nestled high in the mountains, involved two buses, a stunning gondola ride, and a shuttle trip. In the background, beyond a big set of Olympic rings, clouds swirled around the craggy mountains as if rising from an enormous cauldron of dry ice. The sprint event takes skiers on one lap around a course that includes ascents, downward slopes, and uncertain turns. It was a phenomenal setup for a spectator: You can see the whole race, and pump-up music blasts from the moment the starting gun goes off. (It almost felt like outdoor short-track speedskating.)

With streaks of pink in her hair and a lead entering the stadium for the final stretch of her quarterfinal heat, Randall was poised to become the kind of Olympic story we all eat up: the athlete devoting her life to a little-followed, underfunded sport finally seeing her hard work pay off. But she faded in the last few strides, was out-lunged across the finish line, and missed qualifying by five-hundredths of a second. She’ll have a chance to race again during relay and team events, but it was a devastating outcome. Making matters worse: At the Olympics, the cross-country sprint event alternates between classic and free cross-country skiing, and Randall specializes in the latter. Four years is always a long time between chances for these sorts of athletes, but for her, the gap is actually eight.

“I’m sure I will be reliving those moments hundreds of times in my head,” she said.

I thought I might become desensitized to the joys and agonies of these competitions after a few days, but it never gets any easier to see someone crumple into tears, just as it never gets less endearing to read about the lives and roads-to-Sochi of champions. Randall may have blown her chance at a long-awaited medal, but then there was the story of Erin Hamlin, who became the first American, man or woman, to win a singles medal in luge.

After the women’s ski slopestyle event, Katie Summerhayes walked up to the British press and began to speak. “I’m gutted, just gutted,” she began, and then dissolved into tears and had to be taken away. Meanwhile, the family of Canadian gold medalist Dara Howell could hardly contain their jubilation. “She’s still just our little Dara at home,” her grandmother said, a red bejeweled maple leaf adhered to her cheek. She turned to an aunt of Howell, who was saying what she thought must be going through Dara’s mind — things like “I just nailed it!” — and interrupted her.

Later that night at the halfpipe, as Podladtchikov was ushered into a shuttle van to be taken to the media center for his gold-medal press conference, his entourage hadn’t diminished one bit. Even as he sat in his seat, fans reached into the window, begging him for one last autograph. A guy in a bright green jacket emerged triumphantly from the scrum. “Fuck yeah!” he exclaimed, holding a signed piece of paper aloft. Inside the car, iPod was beaming — though this time, he was also clothed.